Mile 206. Finally reached the desert floor. Beastly hot. There was a water tank that we could see for miles and miles from above, but the trail just took its time meandering down, with switchbacks that barely gave up any elevation, and it was a bit of a slog. We were on trail around 6:30, I think, and even though we only had 5 miles to the desert floor and the revered faucet, it still got quite hot in that time. Here is a sunrise shot: 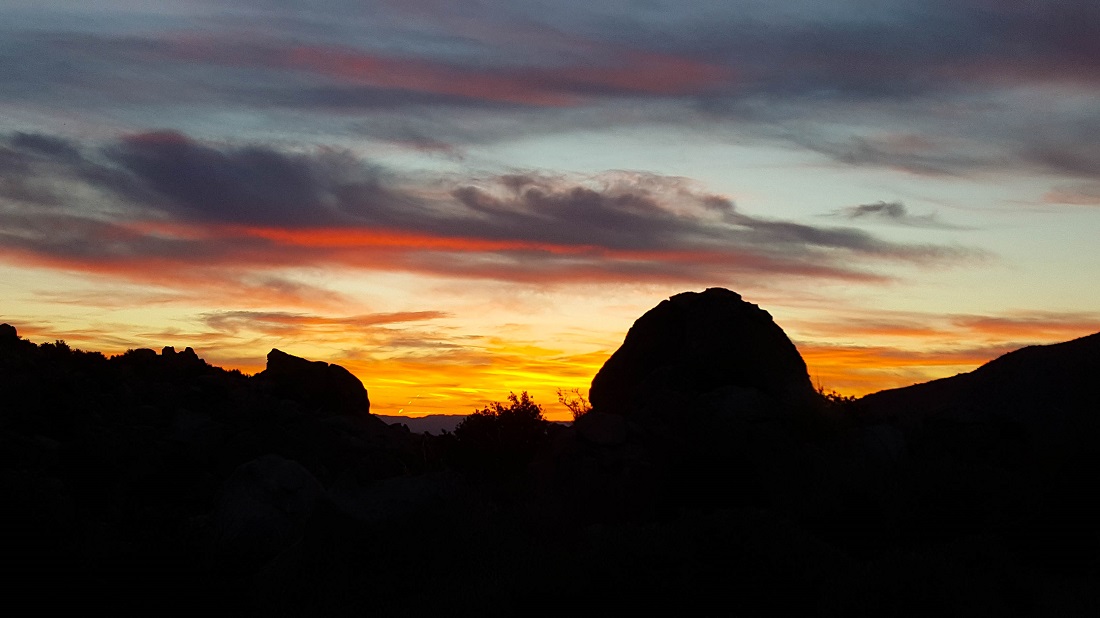 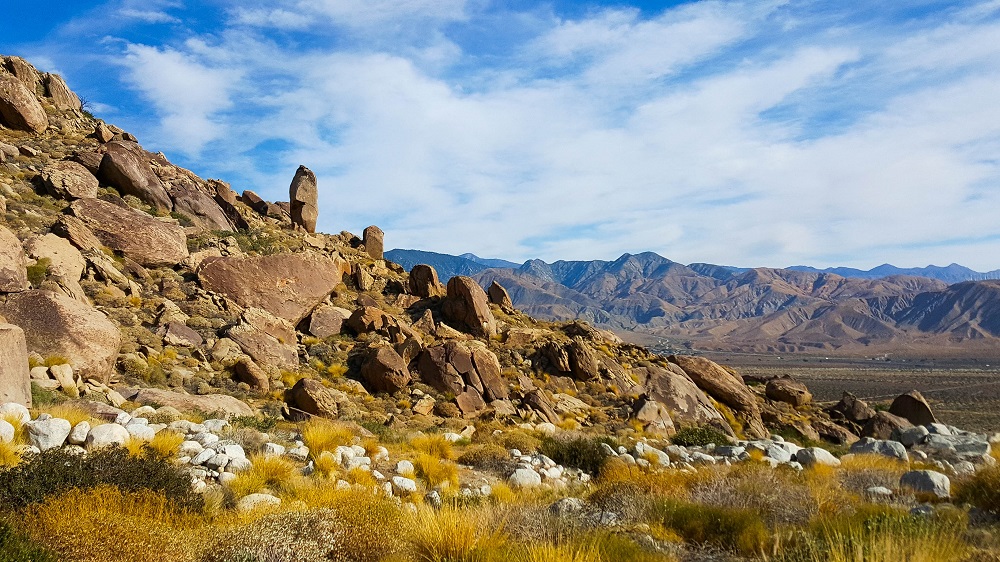 Interestingly, you can see a video camera mounted on the pipeline below. We heard a story that water was being stolen for some sort of narcotics. Hard to believe. Also, it’s hard to tell in the pick, but in the far background, you can just make out Fuller Ridge, where we were yesterday morning. 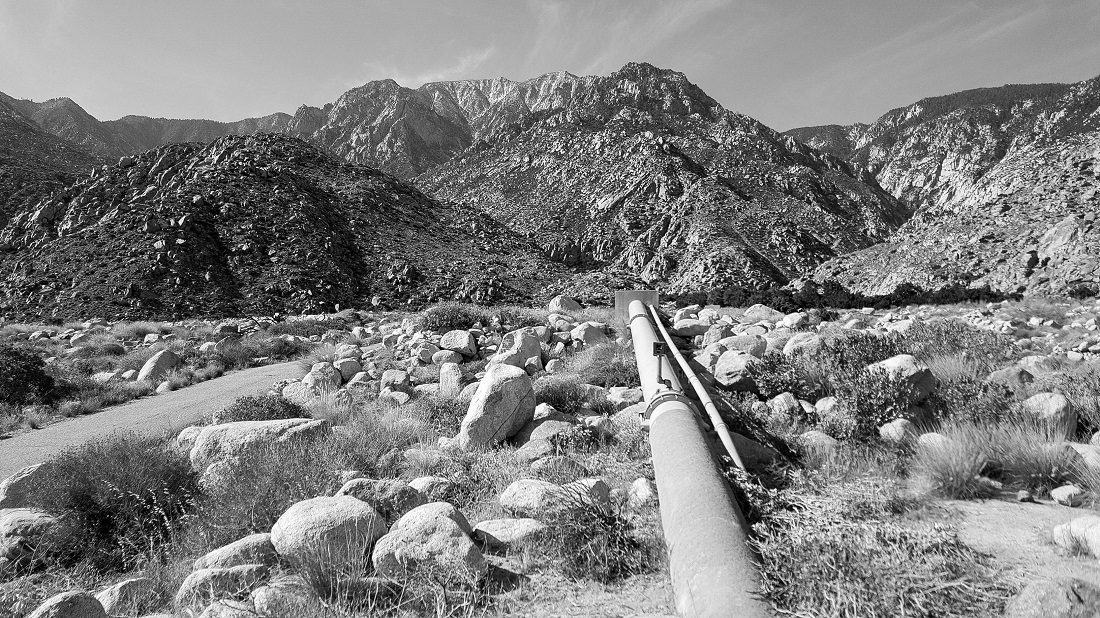 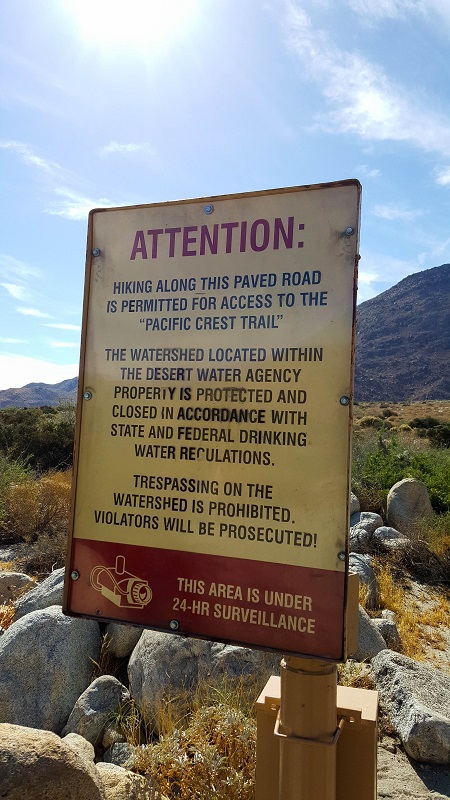 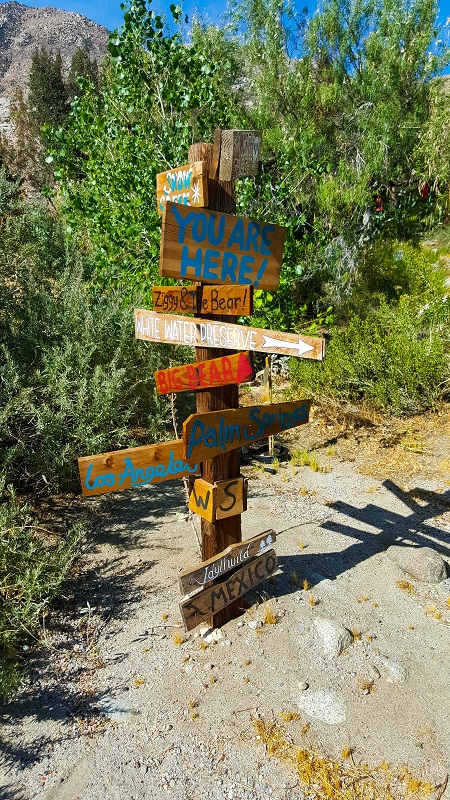 There is a 1/4 mile road walk through a housing development at the base of San Jacinto, and several of the very kind residents have PCT stickers such as this, with messages: “Help yourself to hose water,” etc. 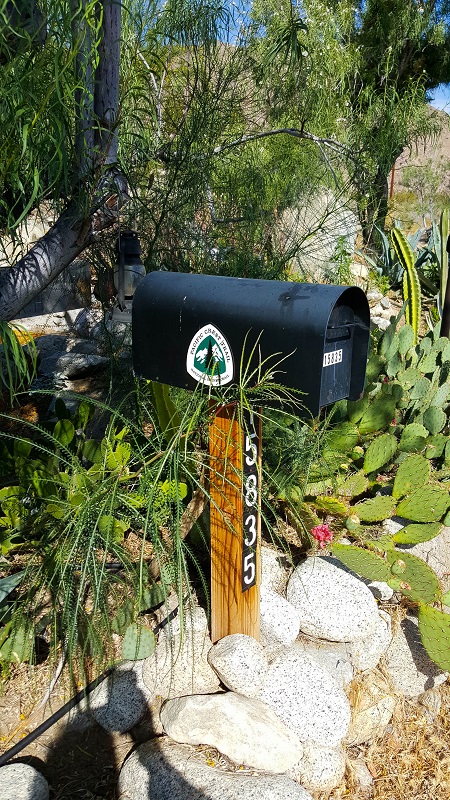 The faucet was full of bees. A kind local, Scott, offered to drive us into neighboring Cabazon, a city where Six-2 had scheduled Enterprise to drop a car off for him. Scott took us to a local fresh market called Hadley’s, which is famous for their date-and-banana milkshakes. We enjoyed a round together and then headed over to the In-and-Out, where we both did some damage. 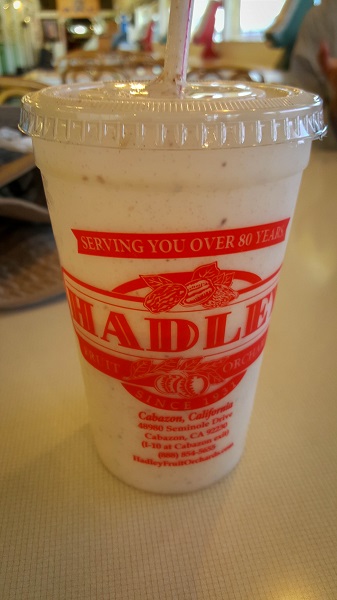 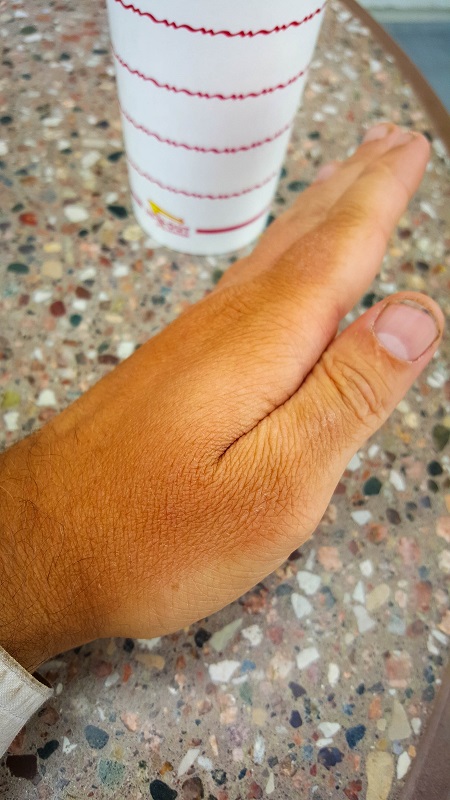 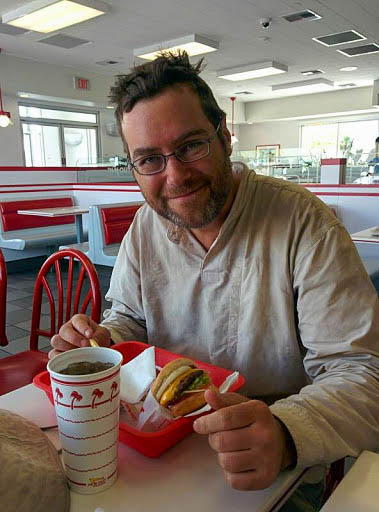 Six-2 needs to take a couple zeros to do work, hence the rental car, and he drove us back to Idyllwild to pick up his laptop that he had bounced forward (shipped) to himself. What I did not know prior to the drive is that: a) he really enjoys racecar video games, and b) he got a manual souped-up Jette. I think he enjoyed making my skin crawl as he aggressively took the winding mountain road. We then drove northward to Big Bear Lake and found a hostel. The plan is that I’ll take tomorrow off as a full zero to recover and then he’ll get me back to trail on Sunday. He’ll return to trail on Monday and do his best to catch up. (Fat chance!)

I’m now sitting in my rain coat and long johns, while the rest of my clothes are in a queue to go into the hostel’s laundry. I have just taken my first shower in 9 days. Lemme tell you…I was ripe.

Now is a good moment to share a few thoughts on the trail so far. Before starting the trail, The Breeze and I had been fortunate to sit down with two previous thru-hikers, Bacon-Bit and That Craig, to hear their wisdom. Bacon-Bit had said something to the affect that everyday has misery, everyday has beauty. I think that is absolutely right. There is definitely a lot of discomfort out there. That isn’t a surprise, but it still takes strength to deal with it.

My main discomforts still revolve around camp-life. I’m slow at setting up camp, I’m slow at tearing it down, I’m poor at picking a flat tent site, etc. I’m often too tired to even brush. Last night, as we descended most of that never-ending 8,000 feet to the desert floor, we struggled to even find a flat spot to sleep once it got dark. Once we finally did find a place, the wind was fierce and by the time I got my sleeping bag and pad set up for cowboy camping, I just went to sleep without even eating, despite hearing my stomach rumble. Obviously, that’s not healthy or even sustainable in any way, but I was just that exhausted.

There isn’t enough time in the day. One might think it is simply a matter of reducing the mileage for the day, but the problem is that water dictates everything. Our goal for the day is always decided by where the next water source is. Last night, Thursday, was unusual because we dry-camped…having carried liters for the day, we had saved 1 liter for camp.

In retrospect, we were very lucky that we didn’t see or step on any rattlesnakes. At times, the vegetation was so tightly pressing on the trail itself, we would have slowed our pace down to 1/2 or 1/3 what we were doing if we had seen even a single snake. Later, we heard most people saw their first rattlesnake on this descent, with one hiker even saying he saw three. Yikes.

We went to Murray’s saloon for burgers and beer. It was delicious. 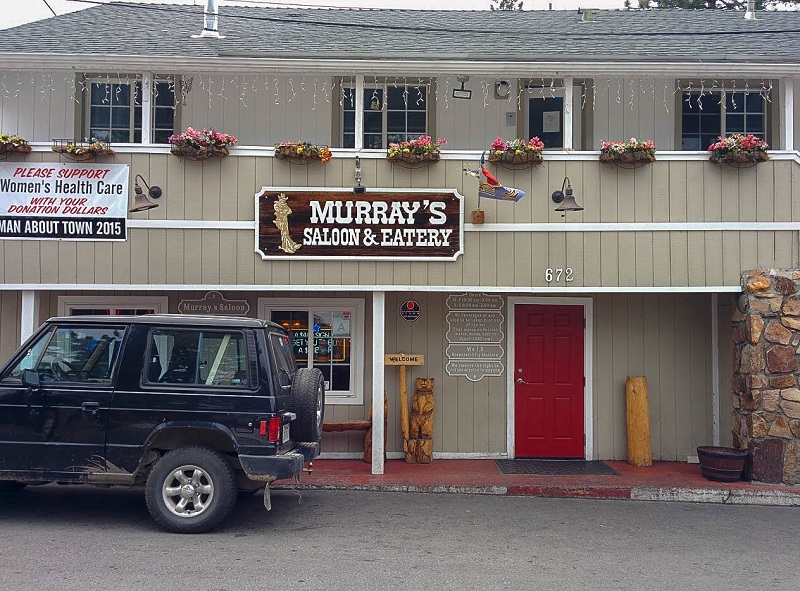 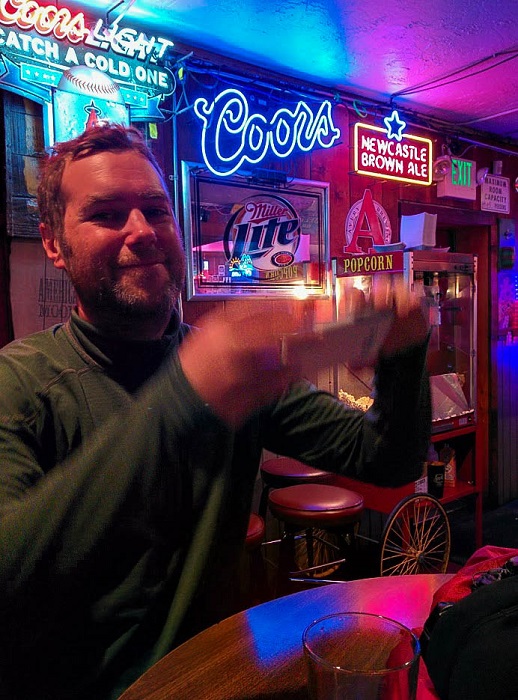 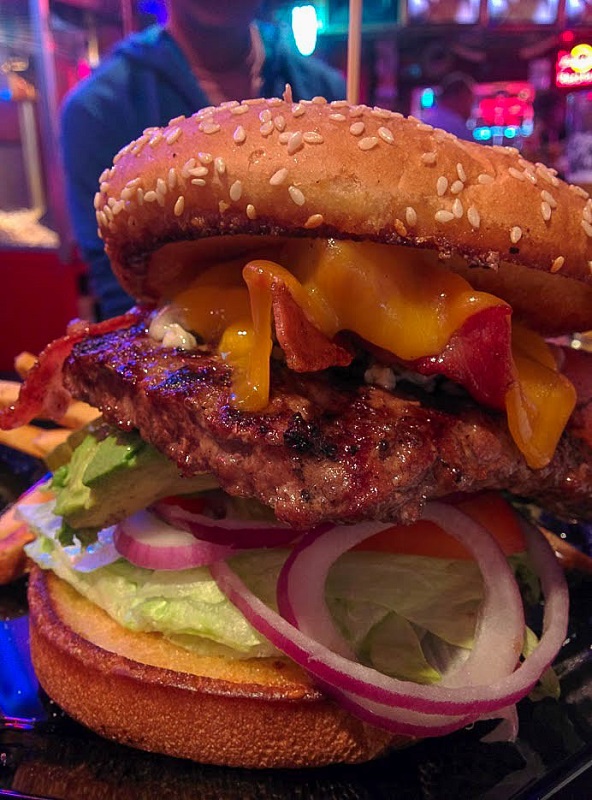 After having imbibed several beverages, it was during this time that Six-2 summed up the bout between Ironhusk vs. the Ironburger, hehe: 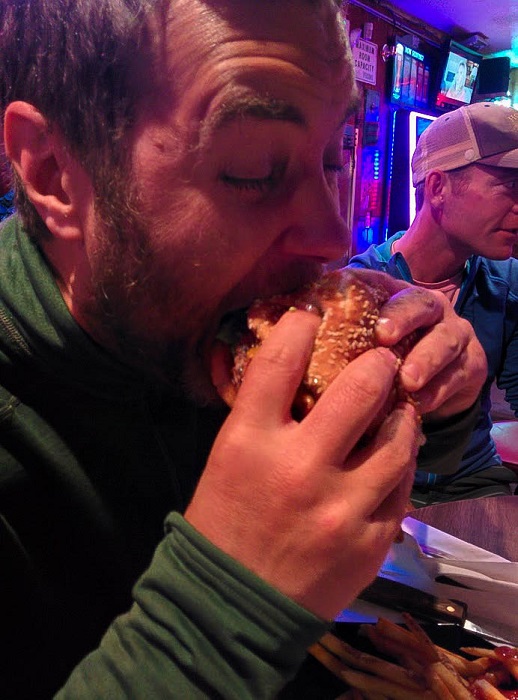