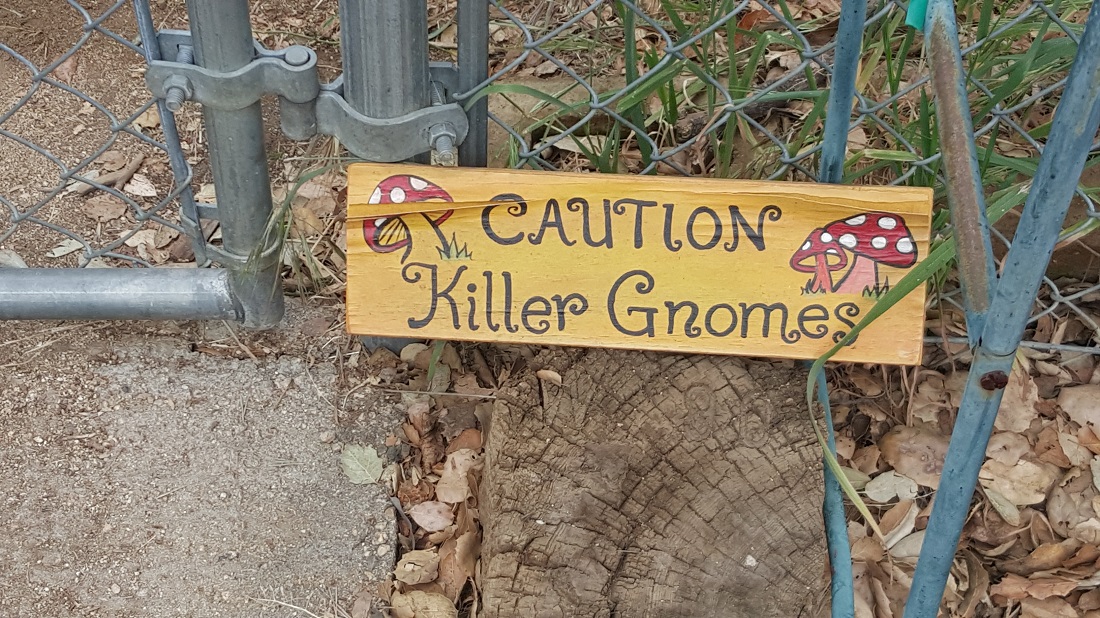 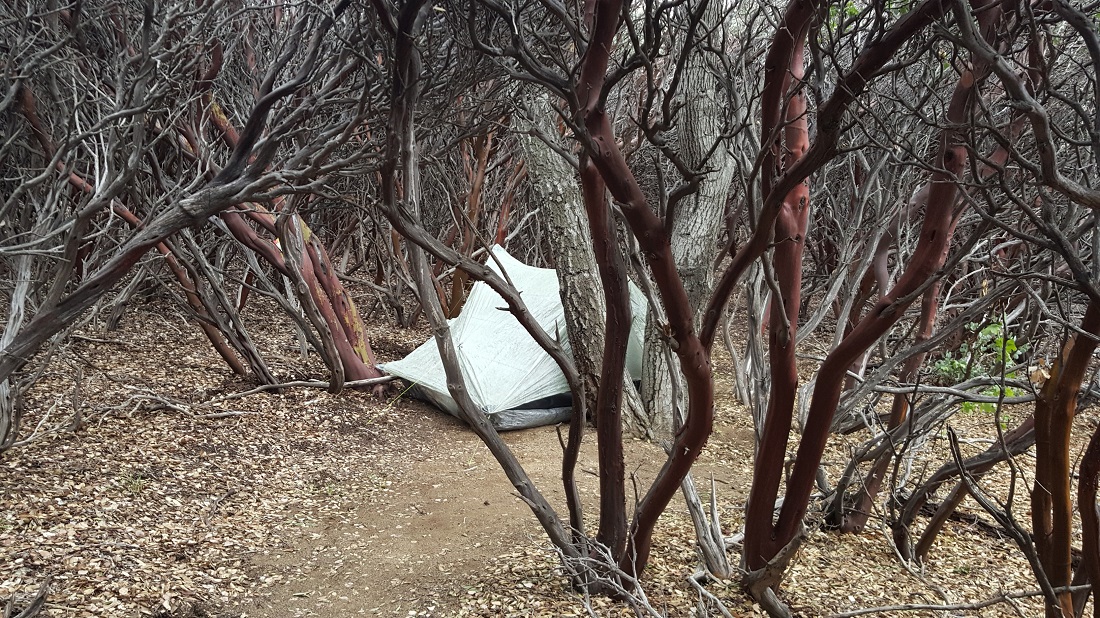 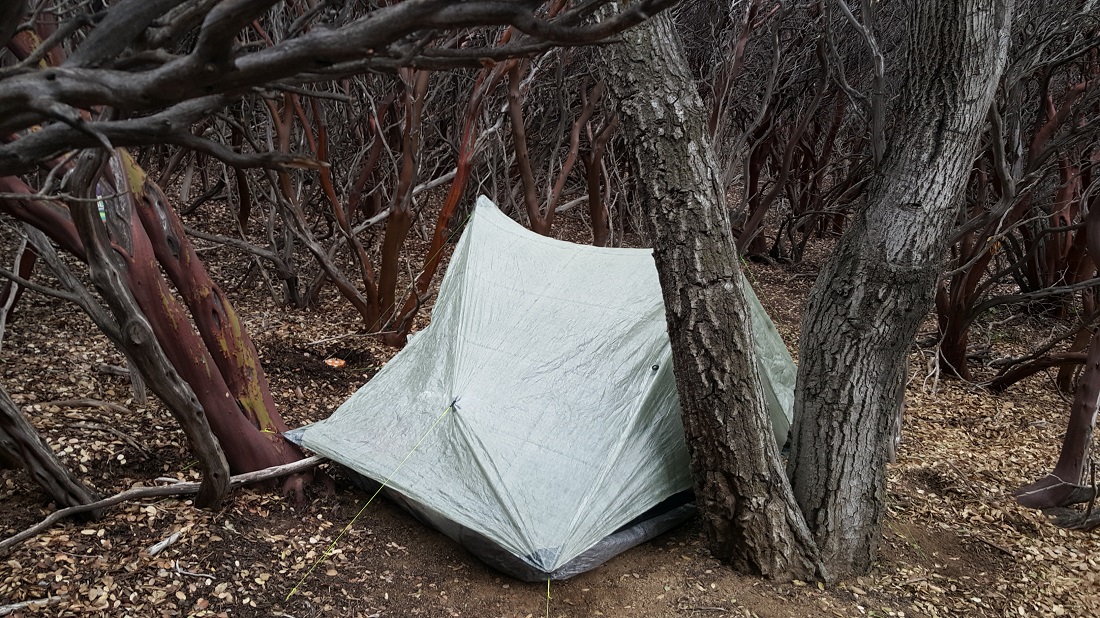 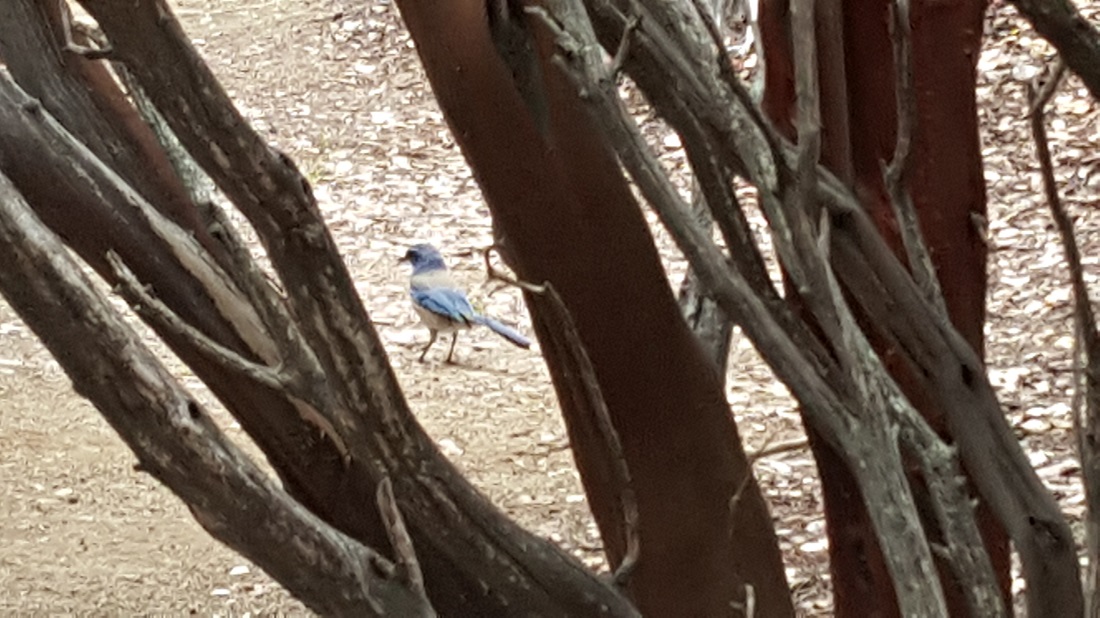 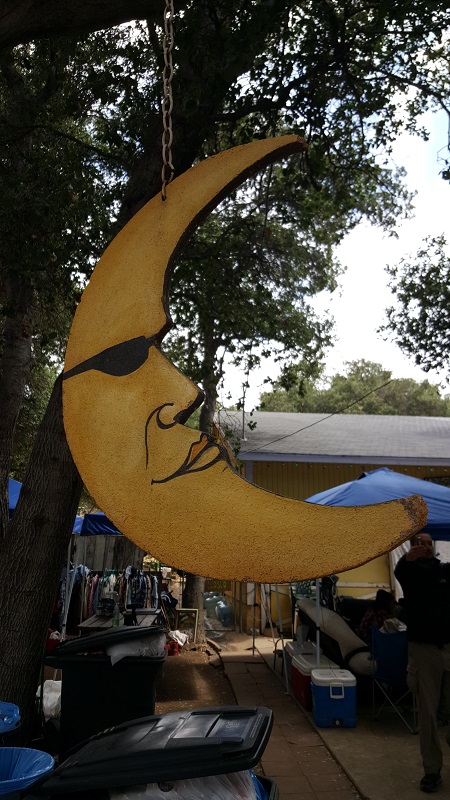 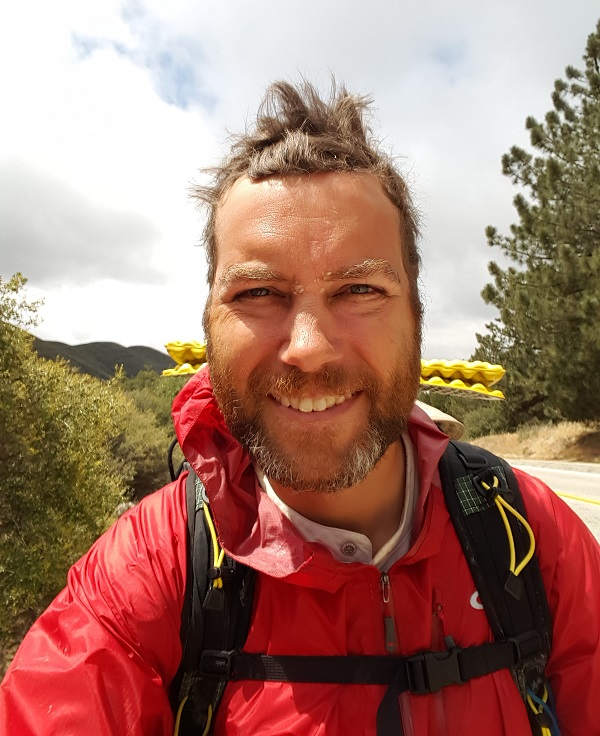 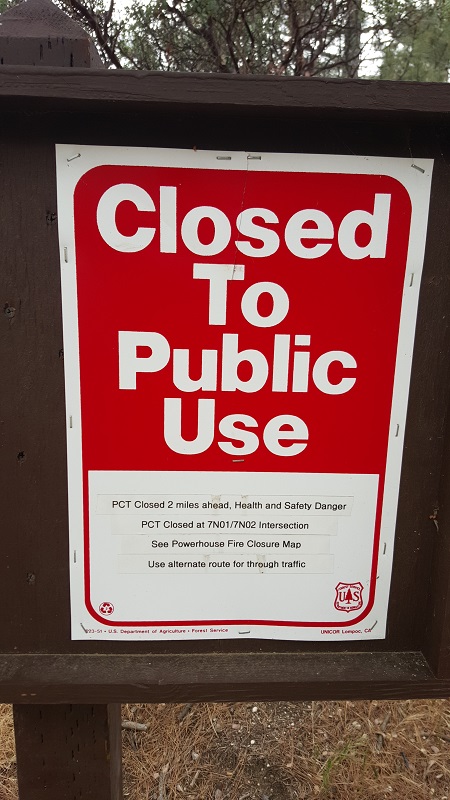 After pancakes and coffee at the Anderson’s, Terry kindly gave Six-2 and me a ride back to the trailhead. We had something like a 5 mile walk around Lake Hughes, during which time, we saw welcoming signs such as this, and a dry lake-bed with a shopping cart in the center. 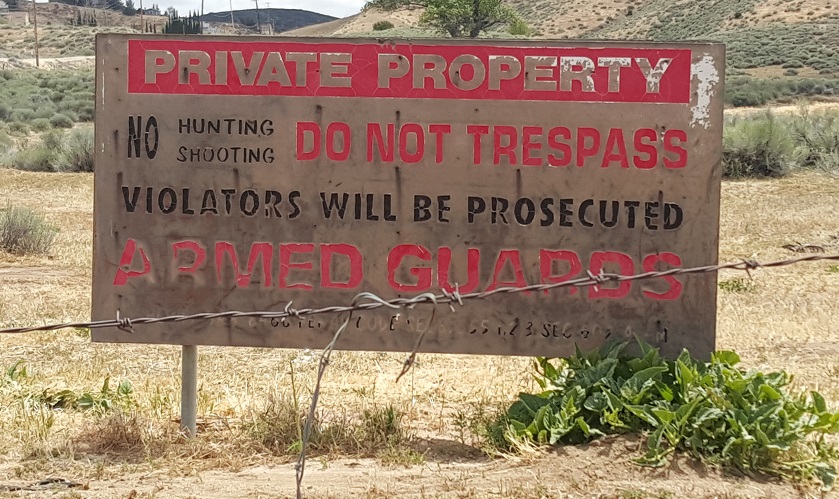 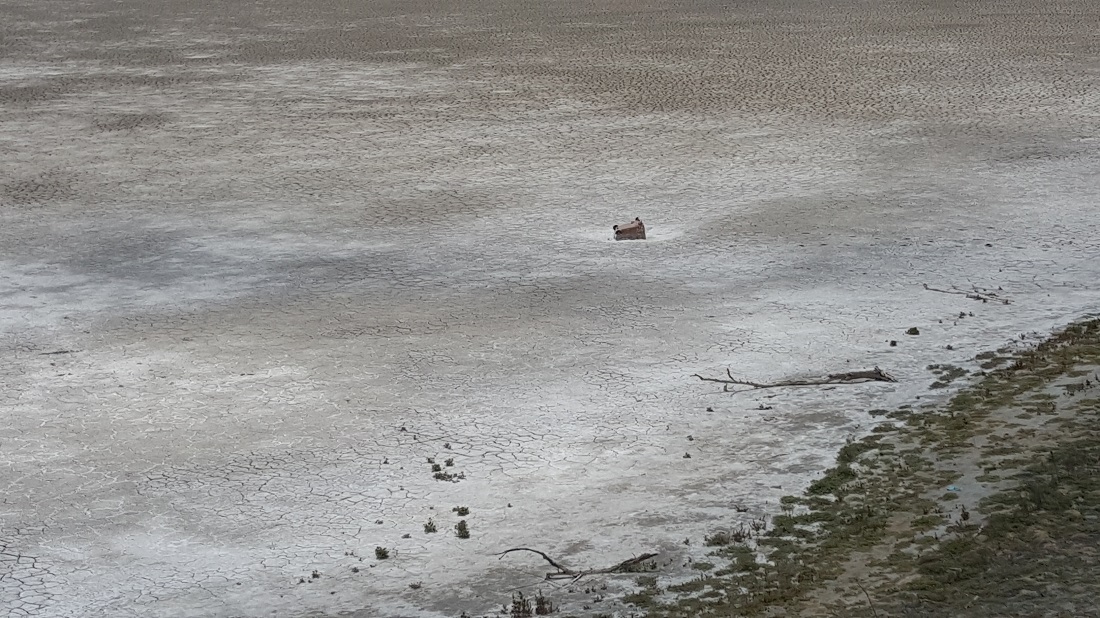 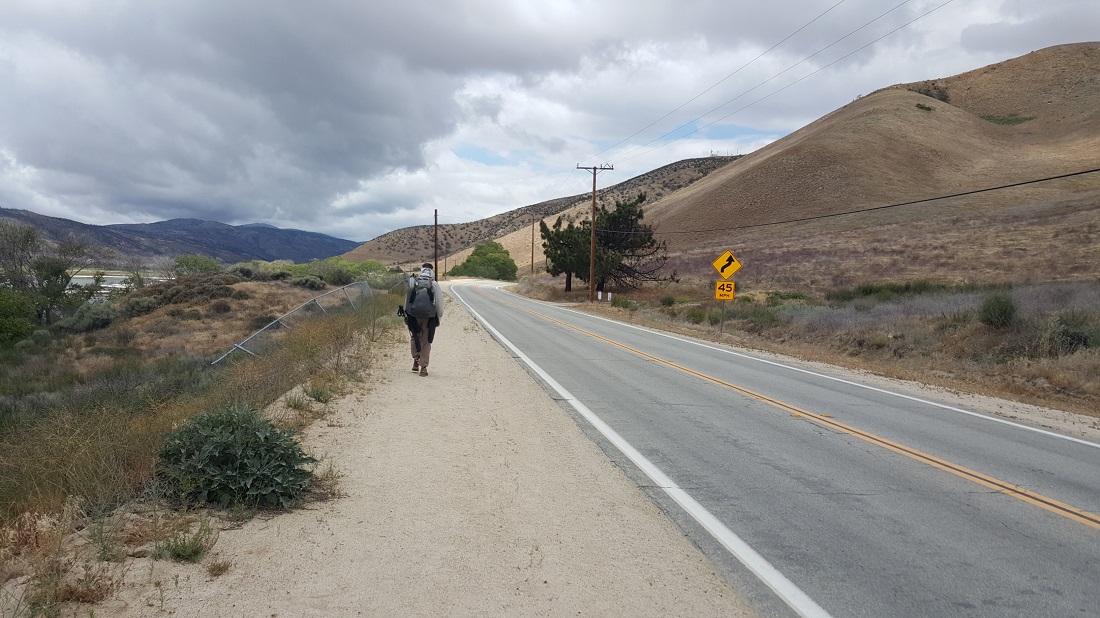 We ate an expensive meal at a pub called The Rock (Not the national chain). At this point, there was yet again another trail closure. (Our first one was a fire closure near Idyllwild, our second was after Baden-Powell due to an endangered species.) Once again, hikers are left to their own devices to decide how/when/where to return to the trail. Six-2 felt a sense of urgency to reach Tehachapi sooner rather than later, and advocated for hiking north across the Mojave, rather than a 20-mile road walk west/northwest to Hikertown.

As fate would have it, we ran into two firefighters at the general store, and after hearing Six-2’s plan, one of them lit up with enthusiasm. “I tell this to hikers every year! You’re hiking north to Canada, just go north!” He then proceeded to invite us to ride some 2 miles back to the fire station in his fire engine. (We had passed by it earlier prior to lunch.) Six-2 was thoroughly impressed, and felt that this hitch exceeded his previous best of an ice cream truck. 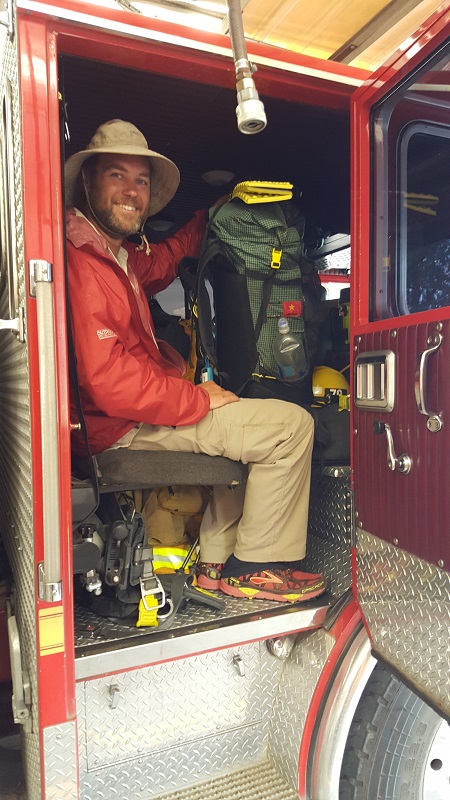 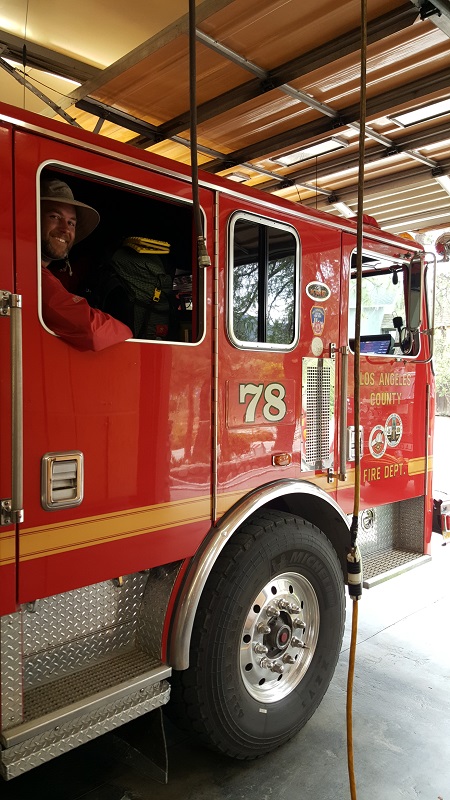 Once at the station, the firefighter pointed to a map and said Six-2’s plan was absolutely solid and the right thing to do. He said something to the effect: “There’s a cell tower on top of the hill immediately behind our station. There’s a little barbed wire fence there, but it won’t be a problem getting through it…it’s like from the 50s or something. And then you’re scott-free. Just head north through the Mojave.” The best-laid plans….right? 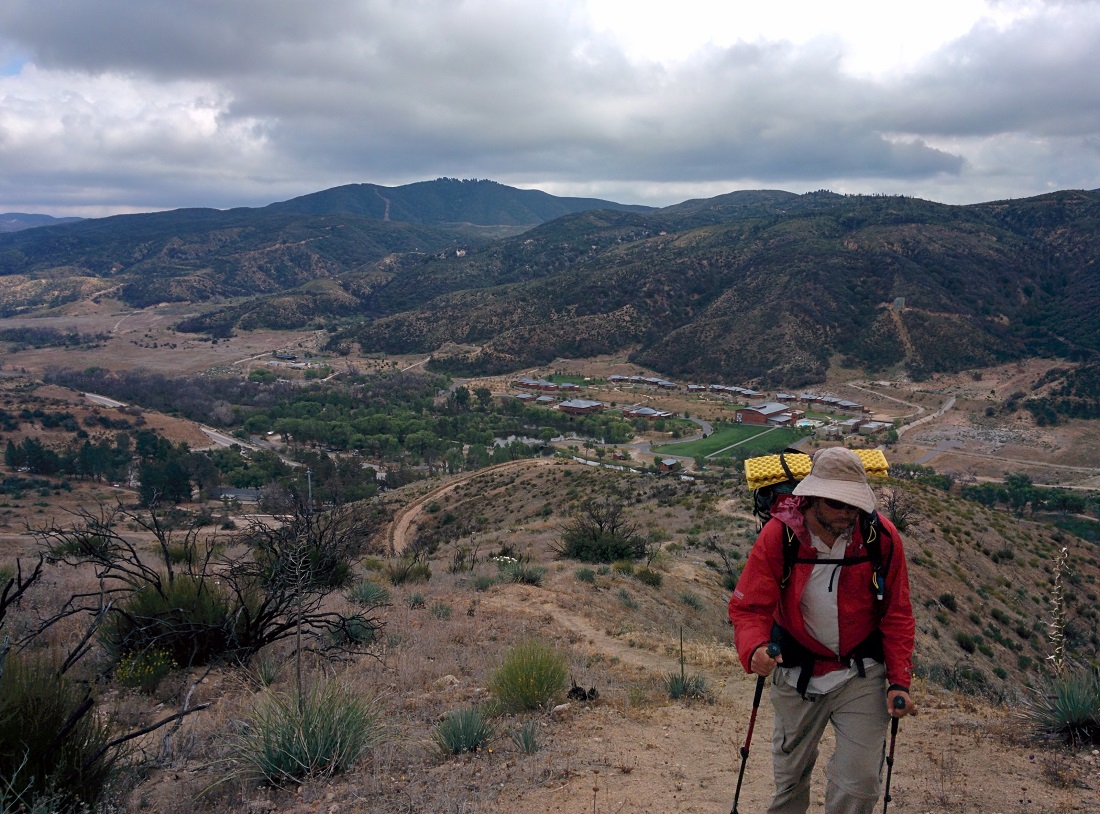 Over several of the early fences. The worst is yet to come! 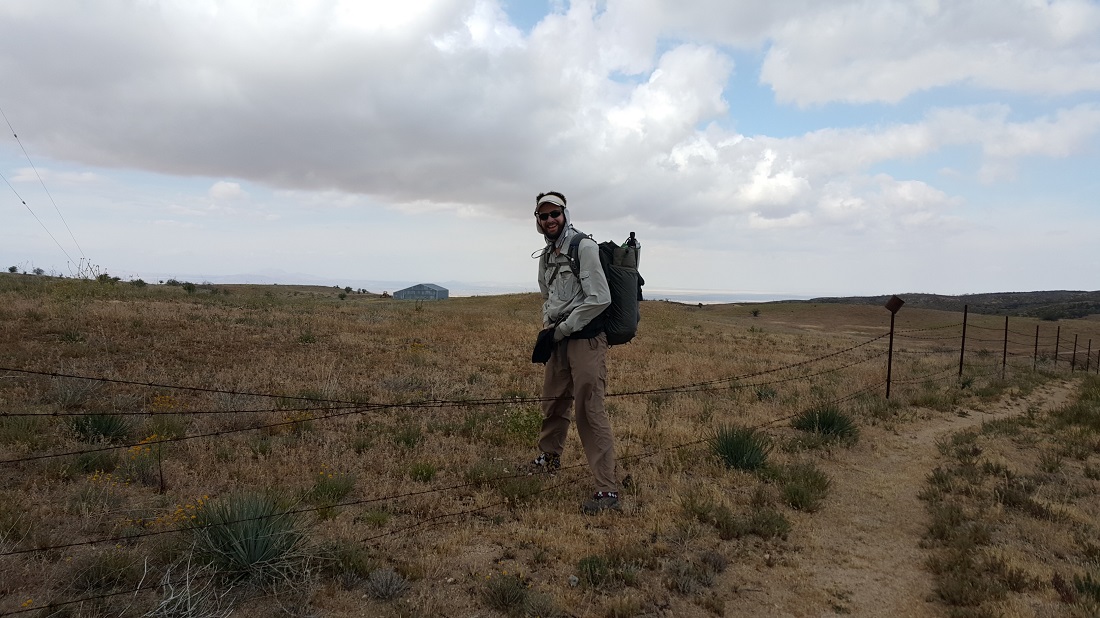 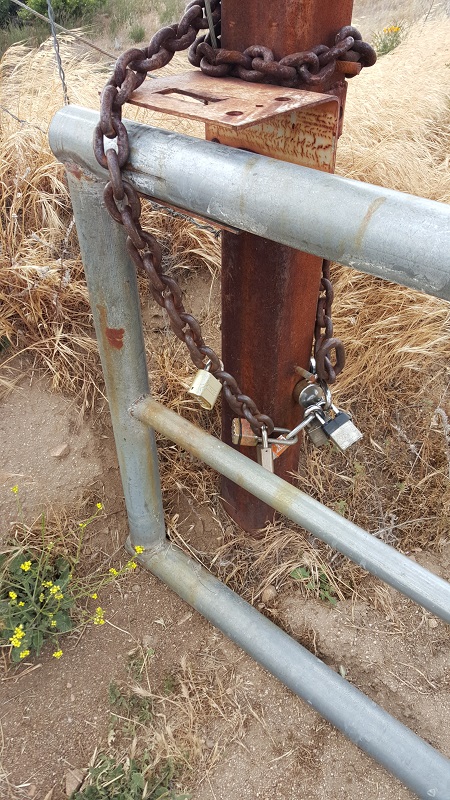 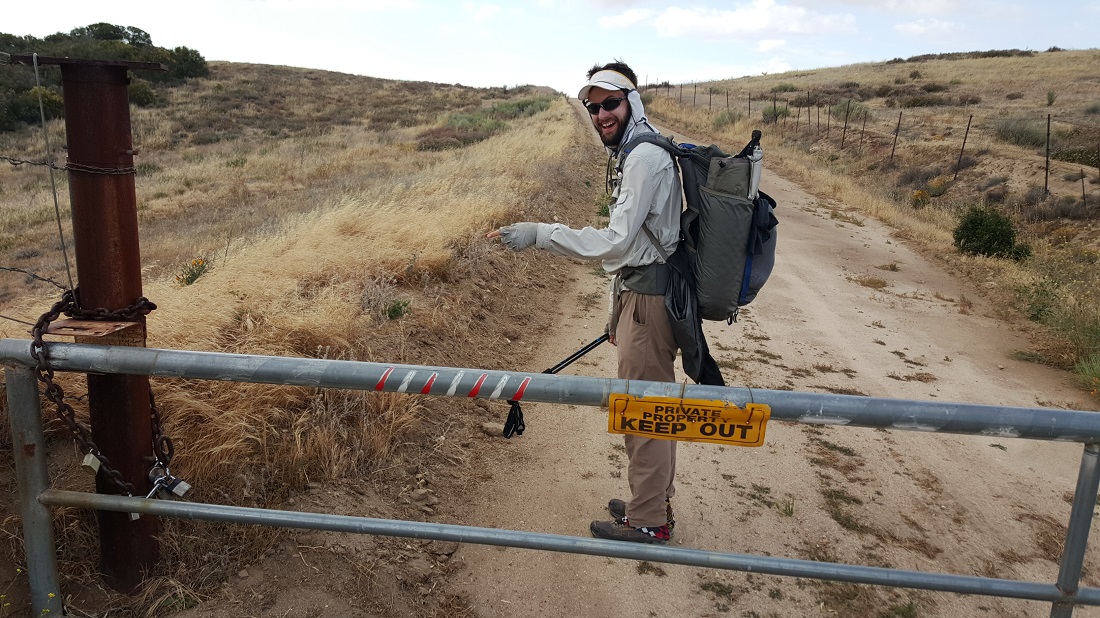 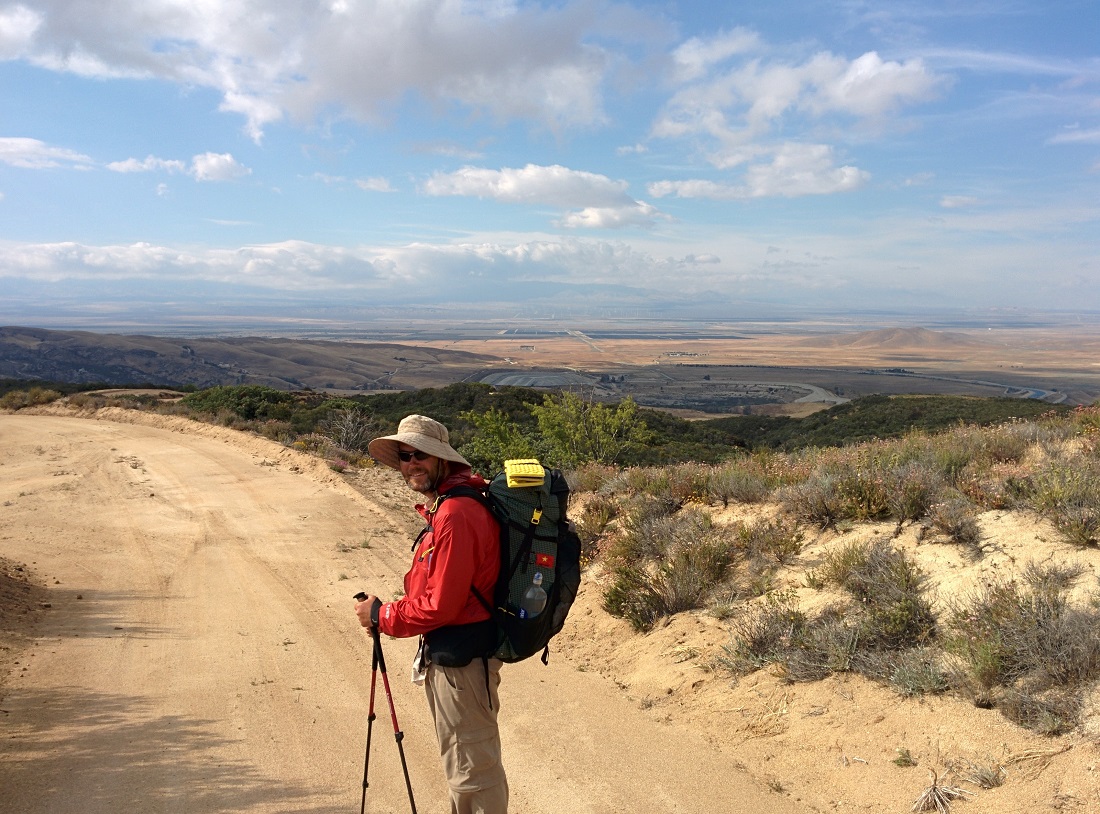 Things were going ok, until we ran into this one. 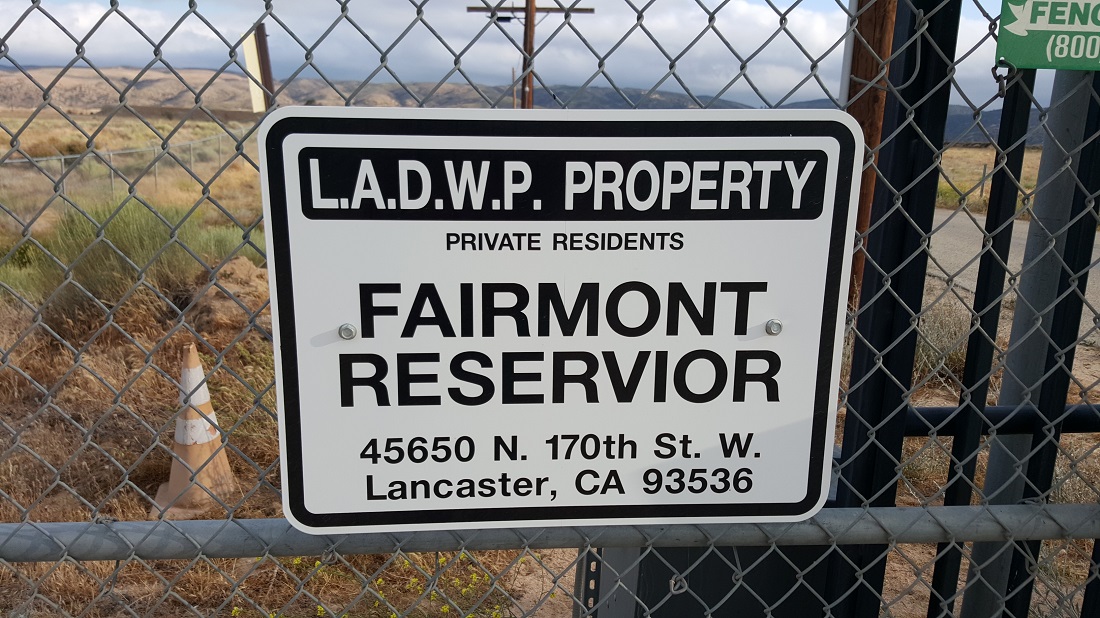 The back gate was unlocked. By we both had a sneaky suspicion that we’d have a harder time getting out the “front” side. 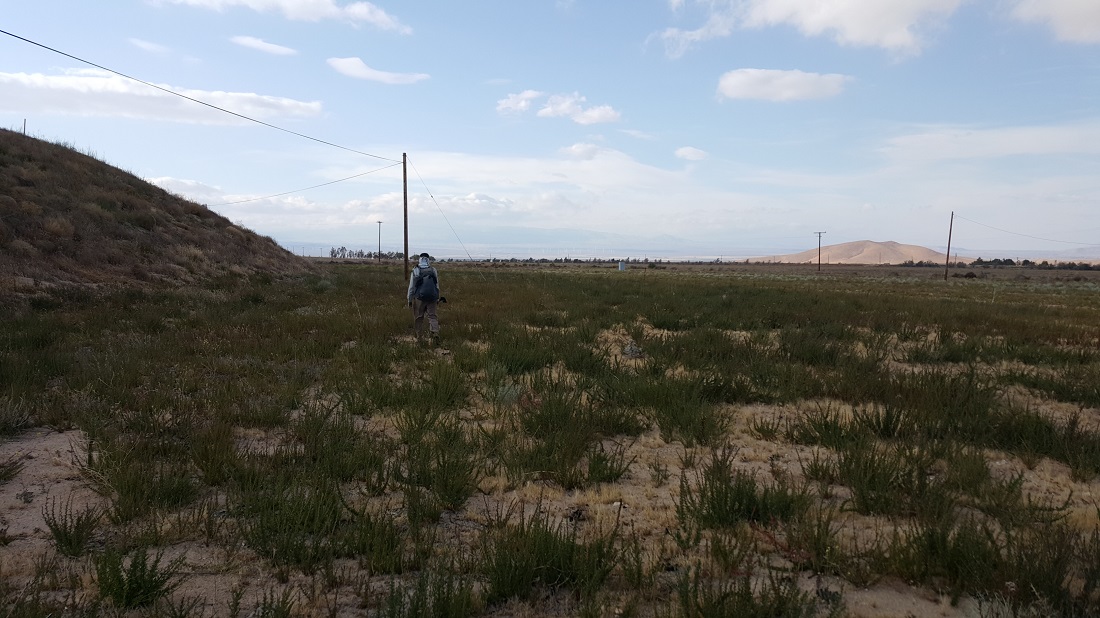 We found the single section that had a horizontal support strut on the internal side. I went over first, and used my Zlite sol pad to cover the barbed wire. I could just feel the barbs coming through. Apparently, it’s been awhile since I’ve climbed a chain-link fence. The toe box of my shoes was too wide to fit into the holes, lol, so I had a harder time coming down than I expected. We noticed that Six-2 had a hole in his pants, and at first he thought he didn’t get punctured, but later on he admitted his thigh was itchy and decided he better investigate. He paid the price! 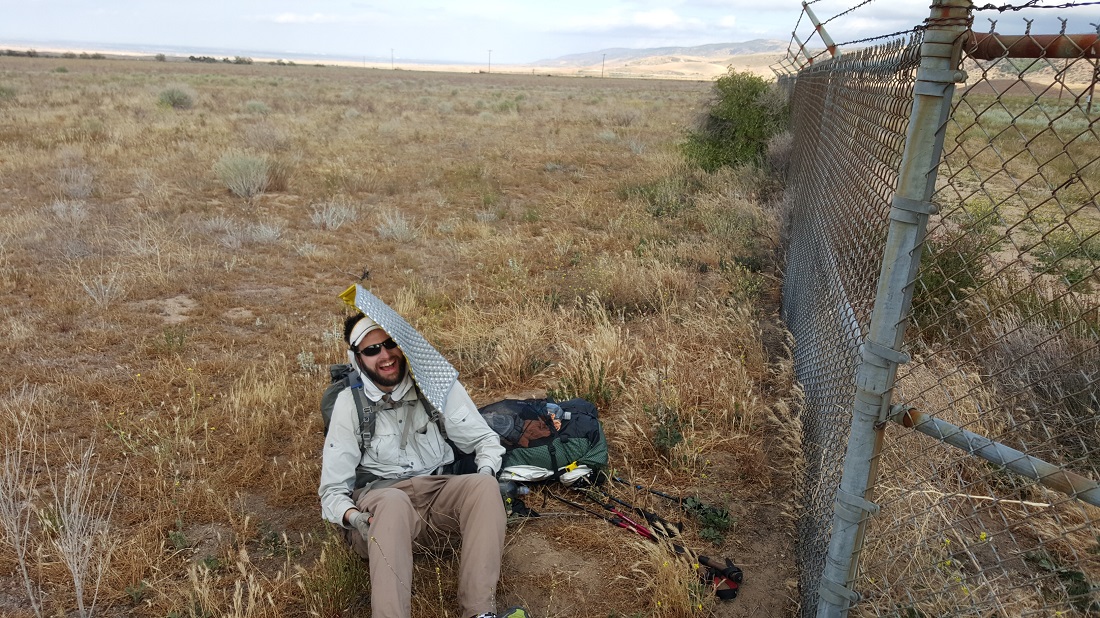 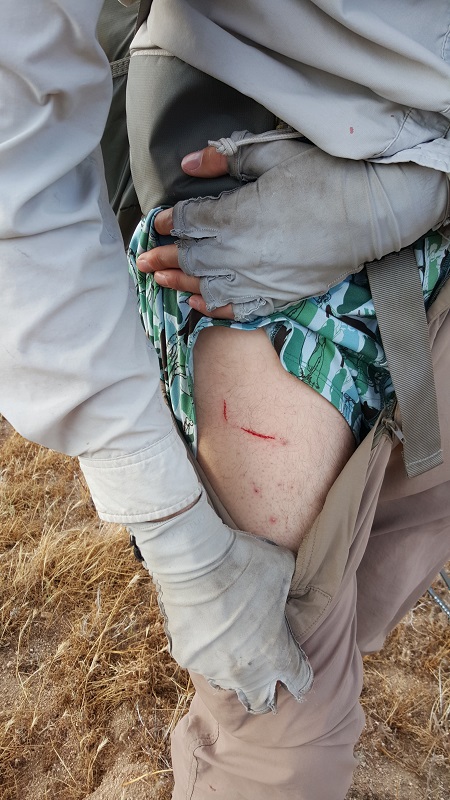 Nothing too serious, however. We saw a farmhouse in the distance and feared we were still not on public land, but soon enough we saw the backside of an official traffic sign and were relieved to be in ‘safe territory’. We hiked about another mile, looking for a place with some protection from the wind. 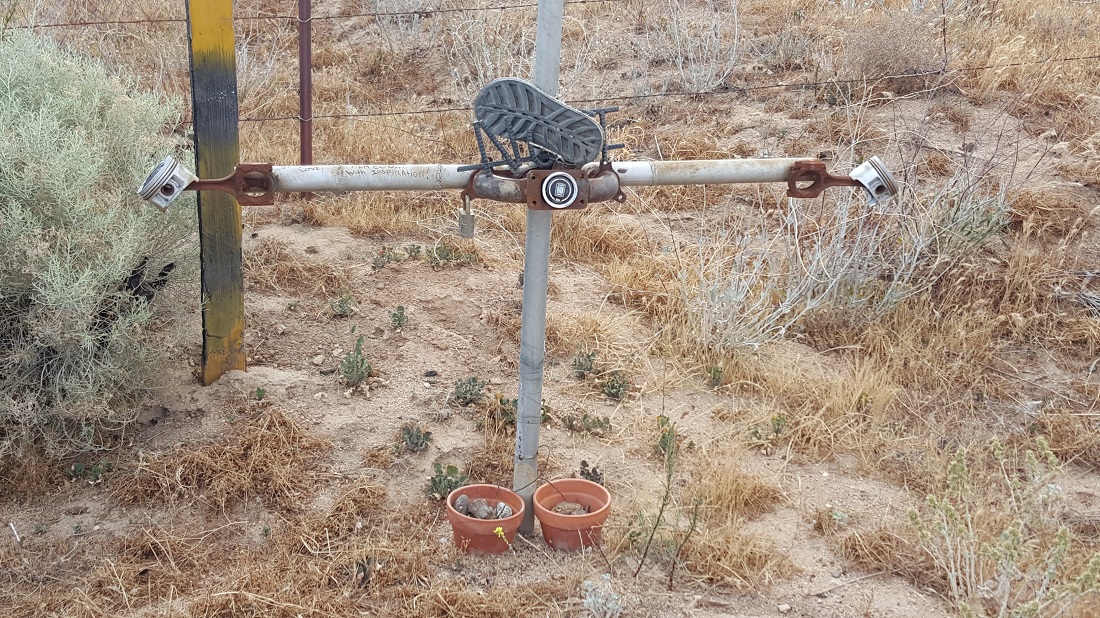 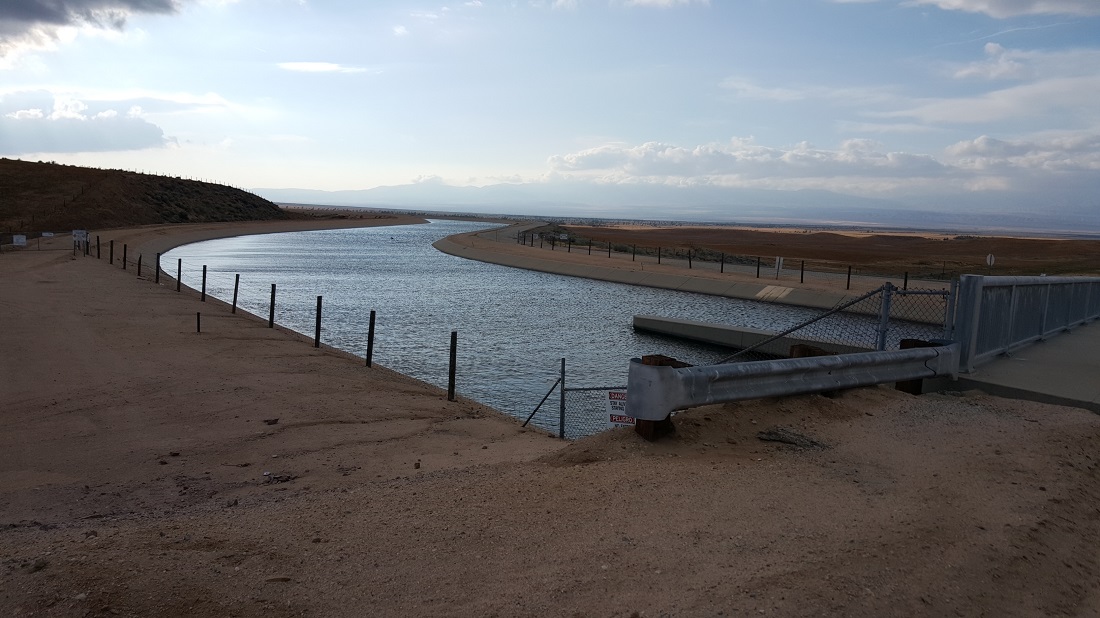 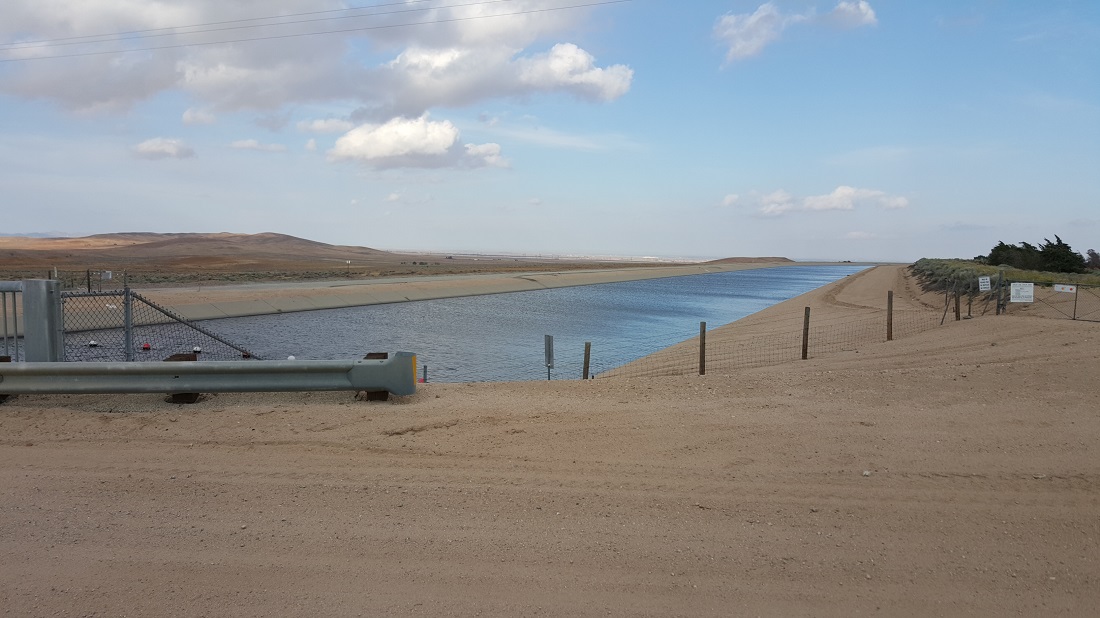 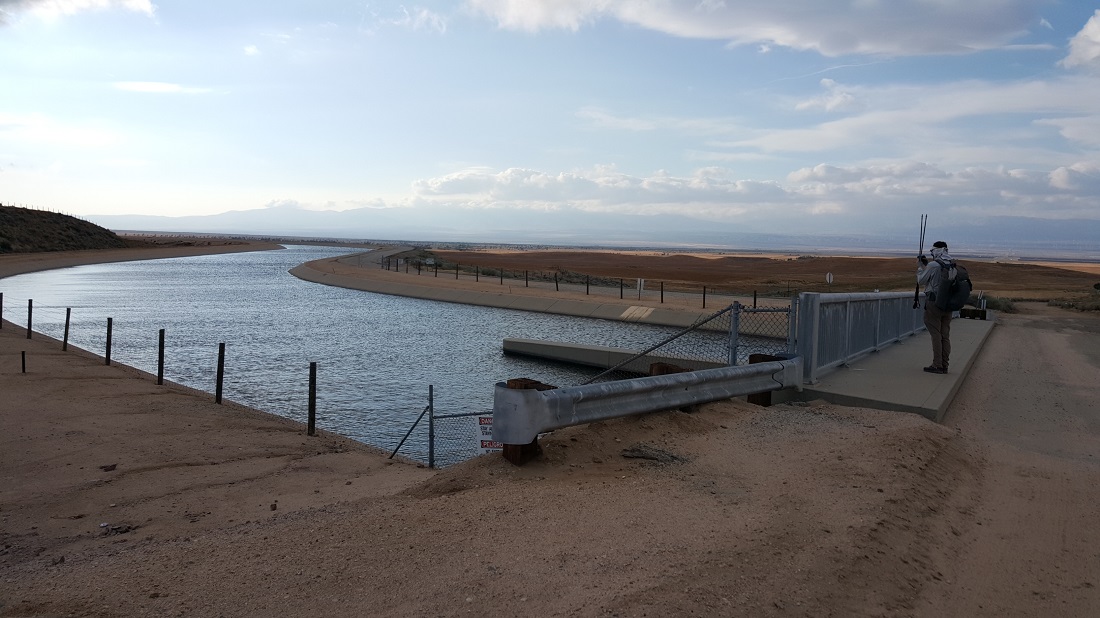 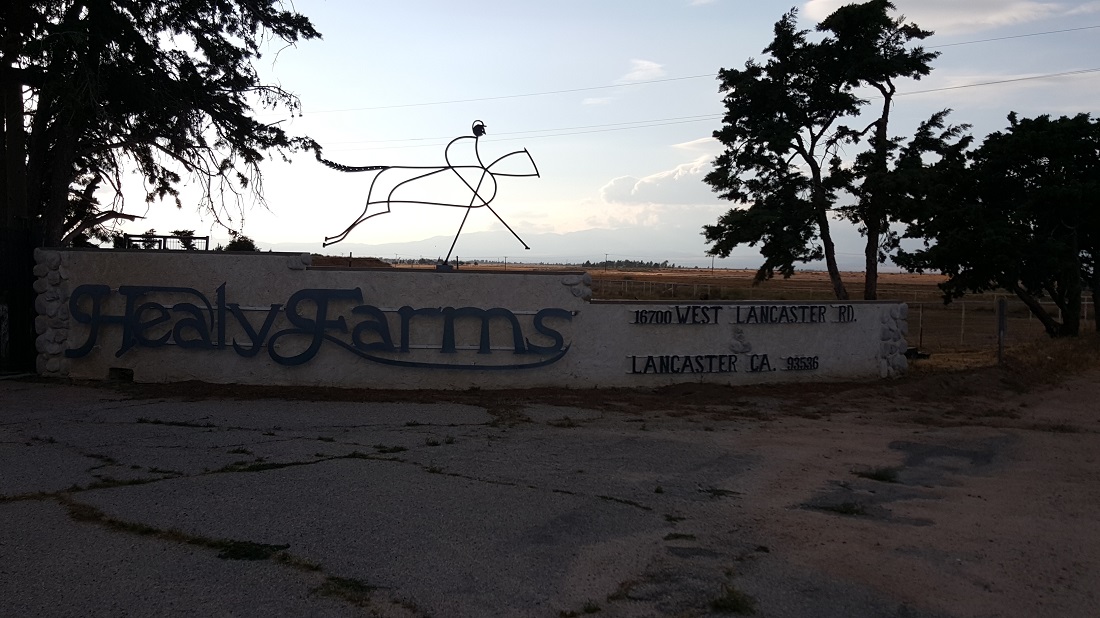 A large hawk made very angry sounds at us as we approached what was presumably his roost, but we had to press on and he followed with us for a 100 meters or more. I may have hiked with my poles facing upward for awhile to discourage him diving at us, hehe. 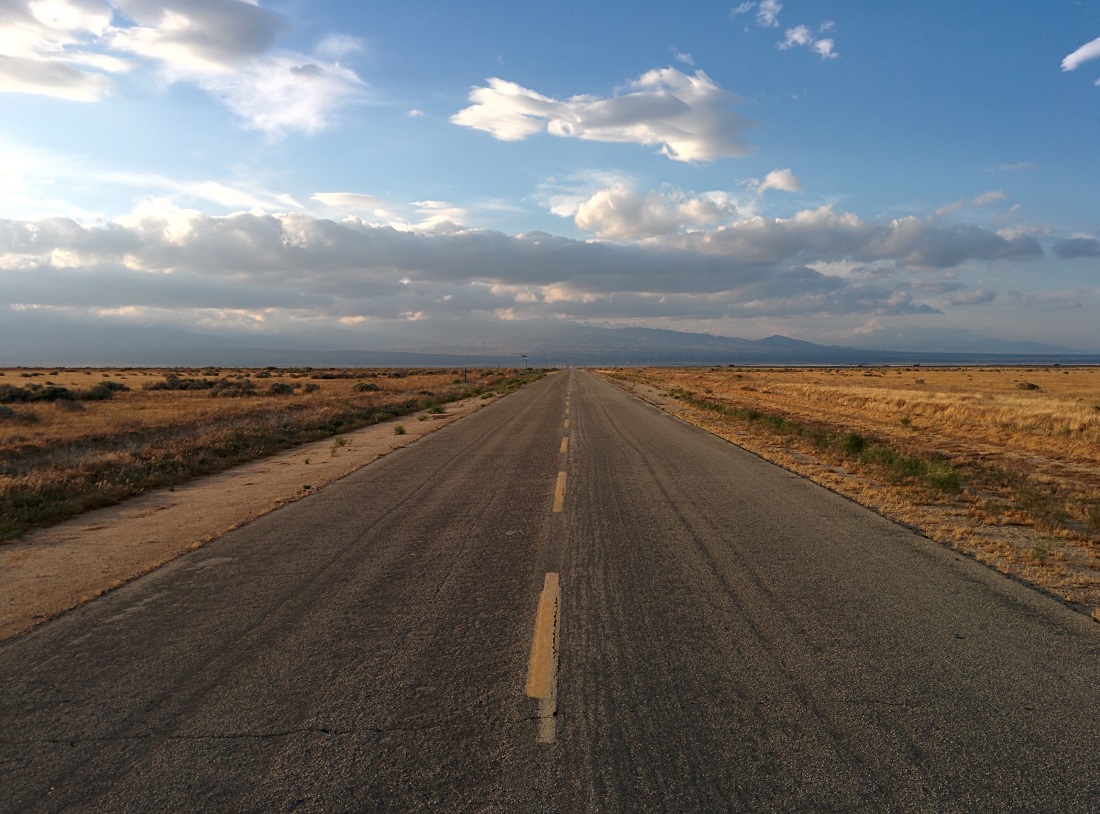 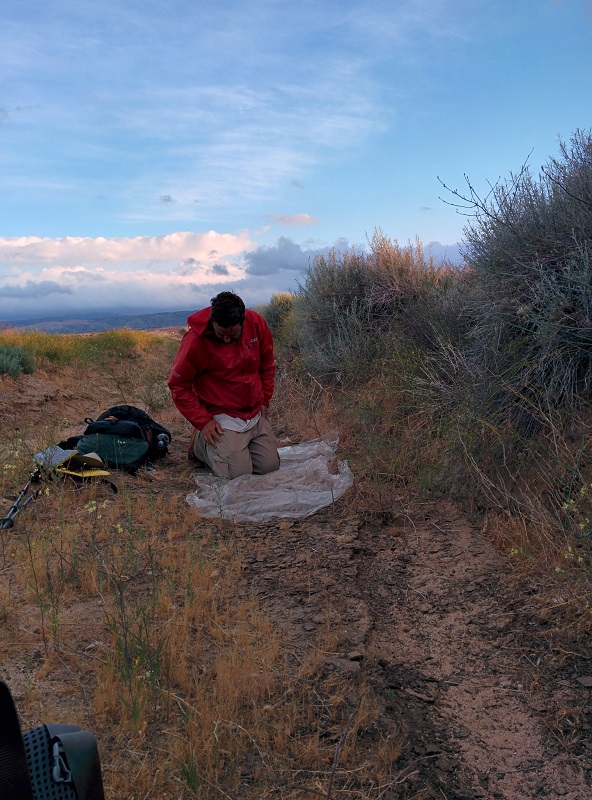 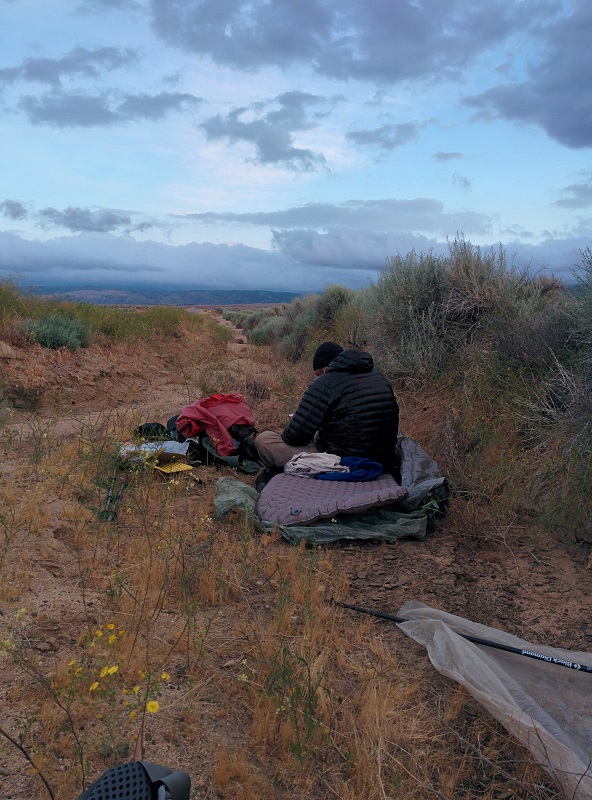 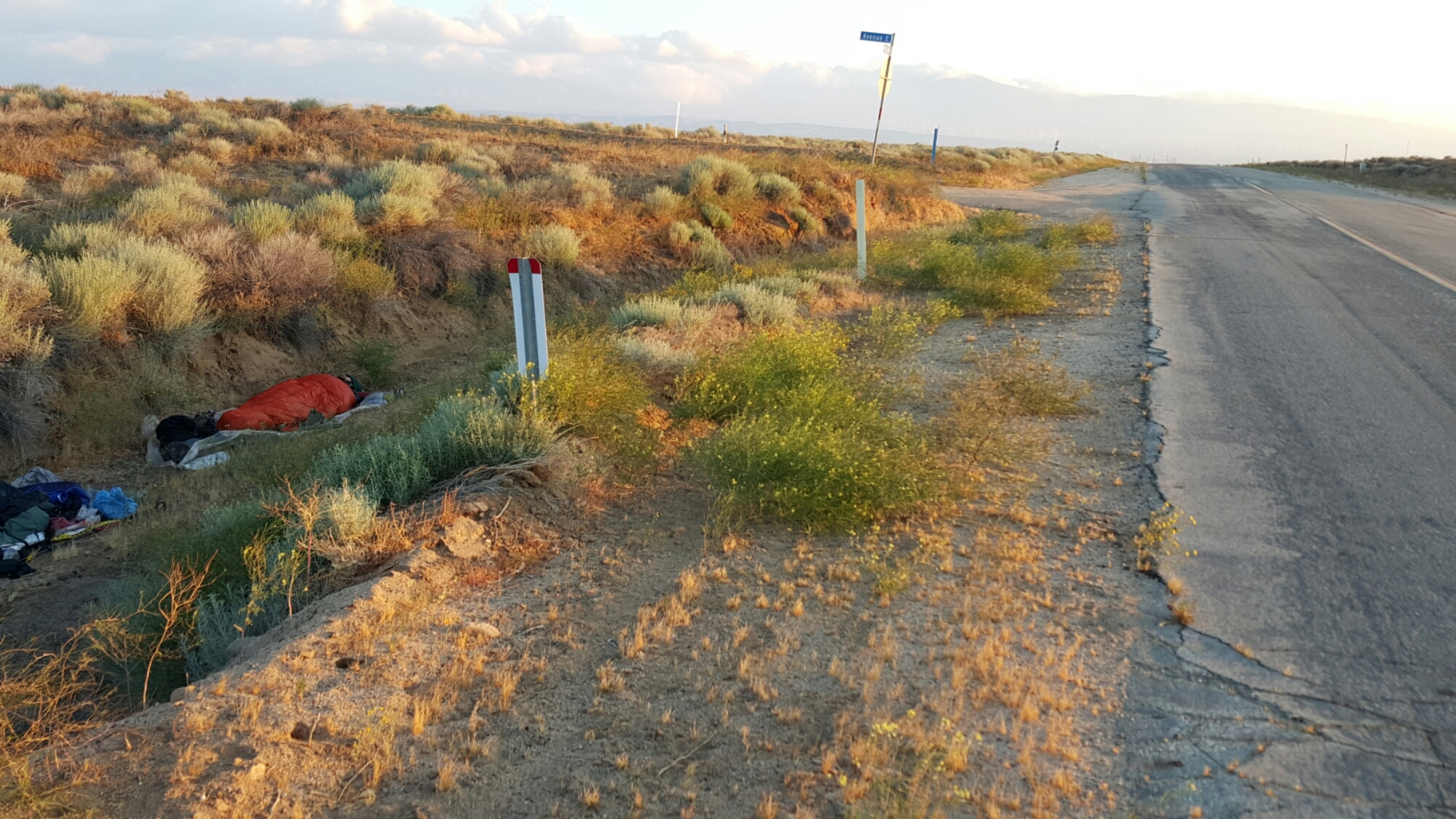 We spent the night in a ditch next to a paved highway on the outskirts of Lancaster, about a half day south from the first wind farm.