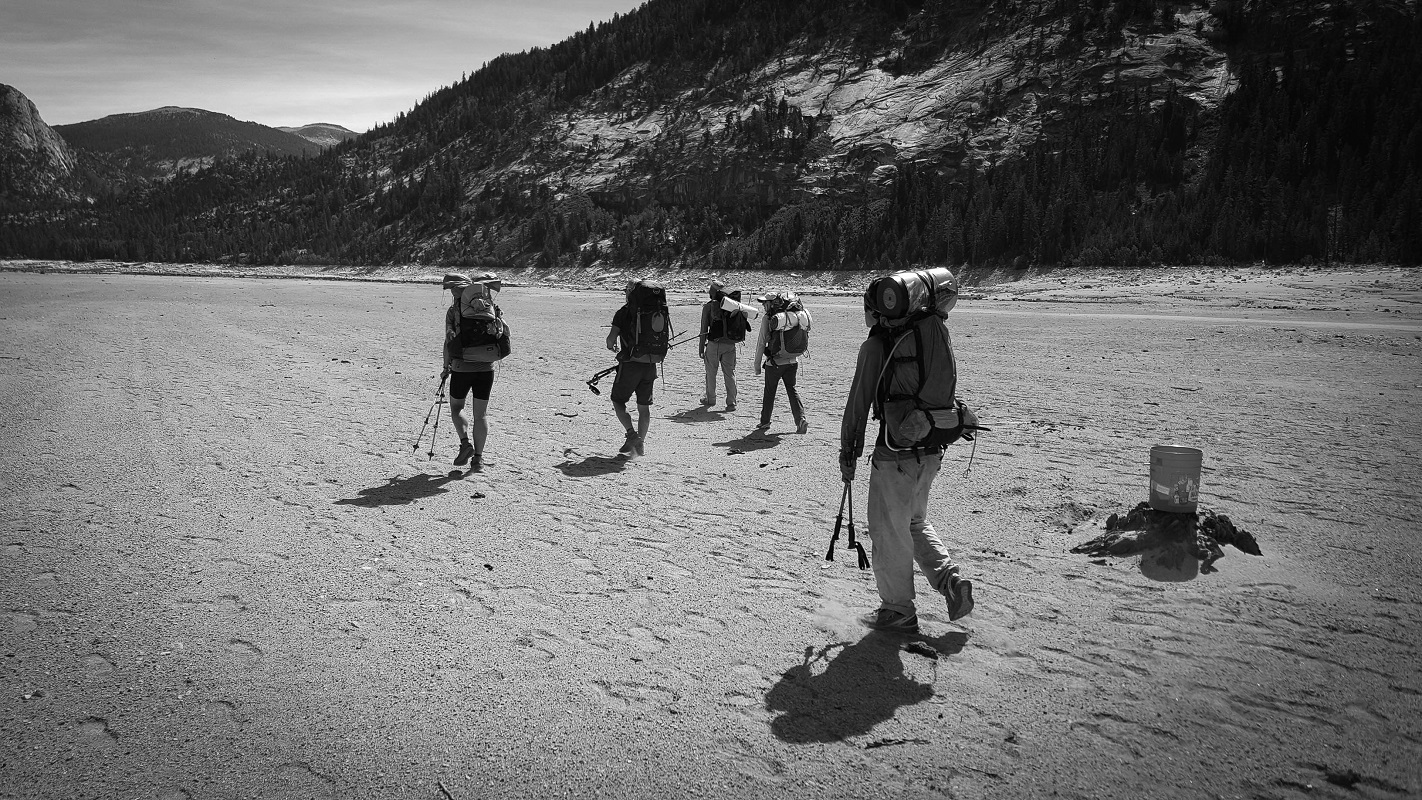 RebelBiscuit, Howly and others as we cross the dry seabed leading out from Vermillion Valley Resort (VVR). VVR offers a ferry service via motorboat which shaves off 3-4 miles of distance, but we still had to walk 2 miles to return to the PCT. While I enjoyed the social aspects of VVR (well, most of them), I’d recommend future hikers to skip this establishment. (Plus they didn’t have Recon’s package of 9 Mountain House meals and they state that they reserve the right to open unclaimed packages and resell goods rather than return them via USPS.) I think it’s better just to push straight from Kearsarge Pass all the way to Red’s Meadow. 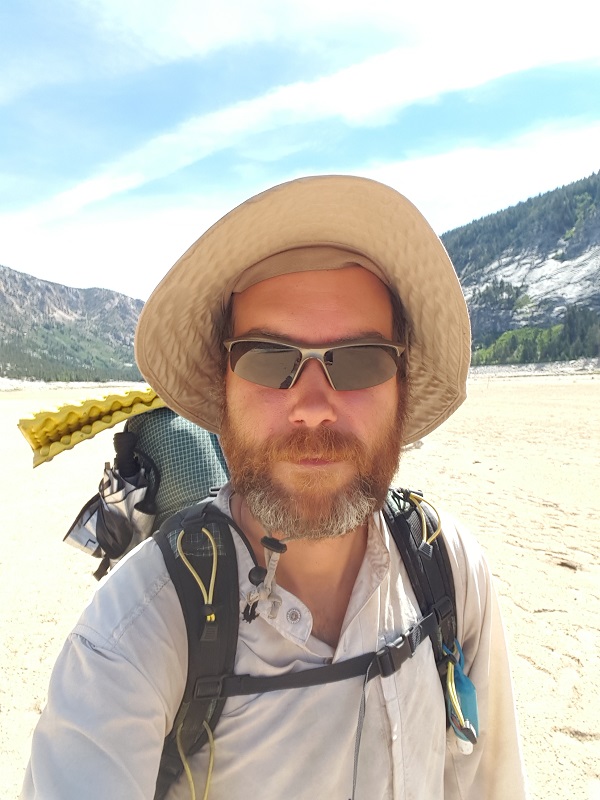 Silver Pass was easy. A bunch of familiar faces enjoyed lunch on top but I pressed on to find water. Soon after, I found Highwater pollutin’ the waters. 🙂 Hard to believe he and I met at the Southern Terminus of the US/Mexico border on Day 1. 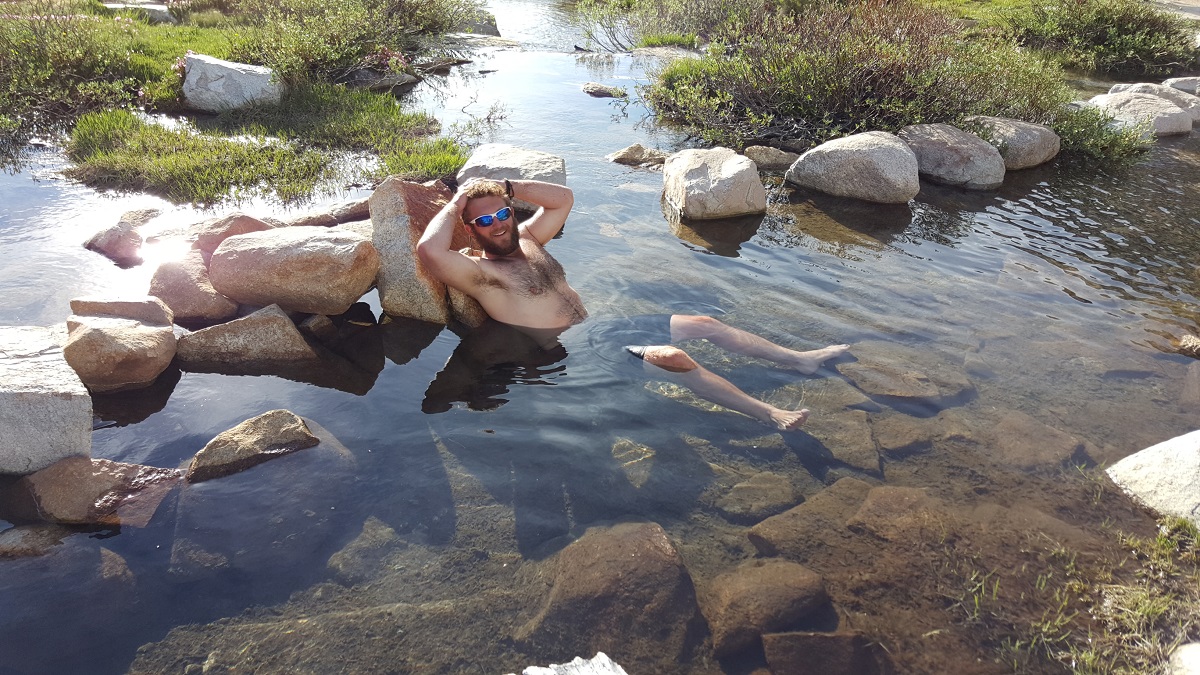 These were first and only pack animals I saw on trail. 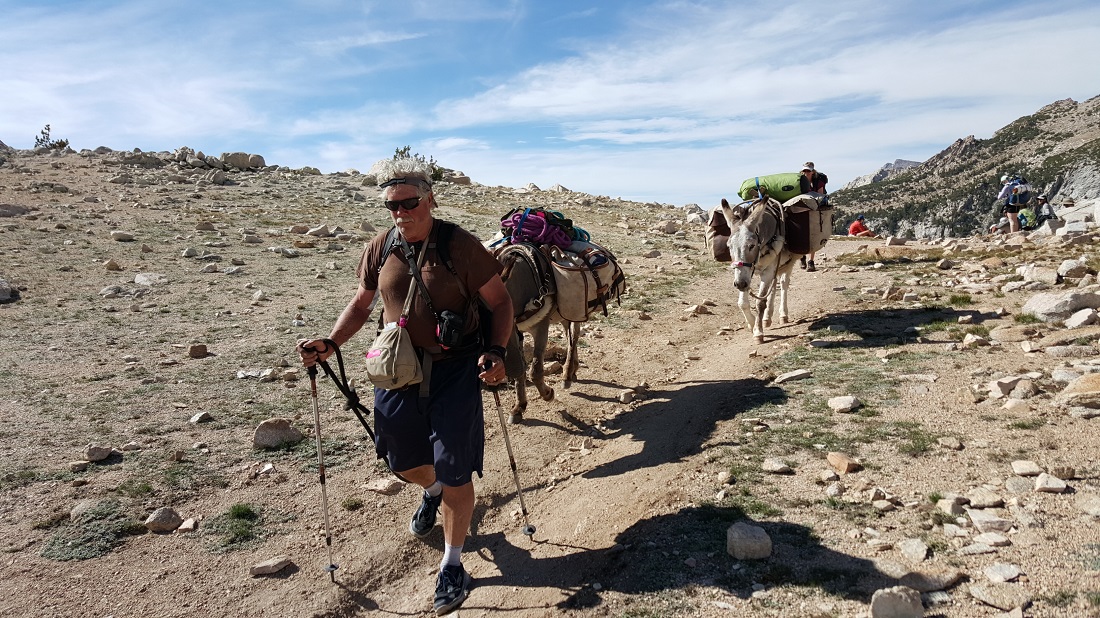 We pressed them as to whether there was beer in the saddle bags. “No beer, but we sure have bourbon!” 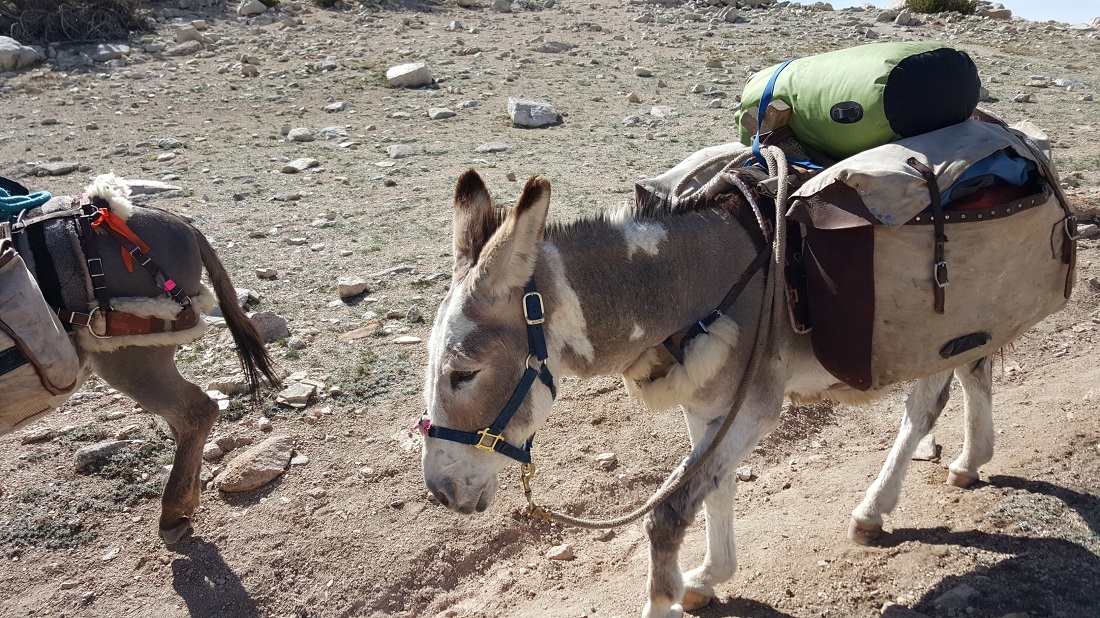 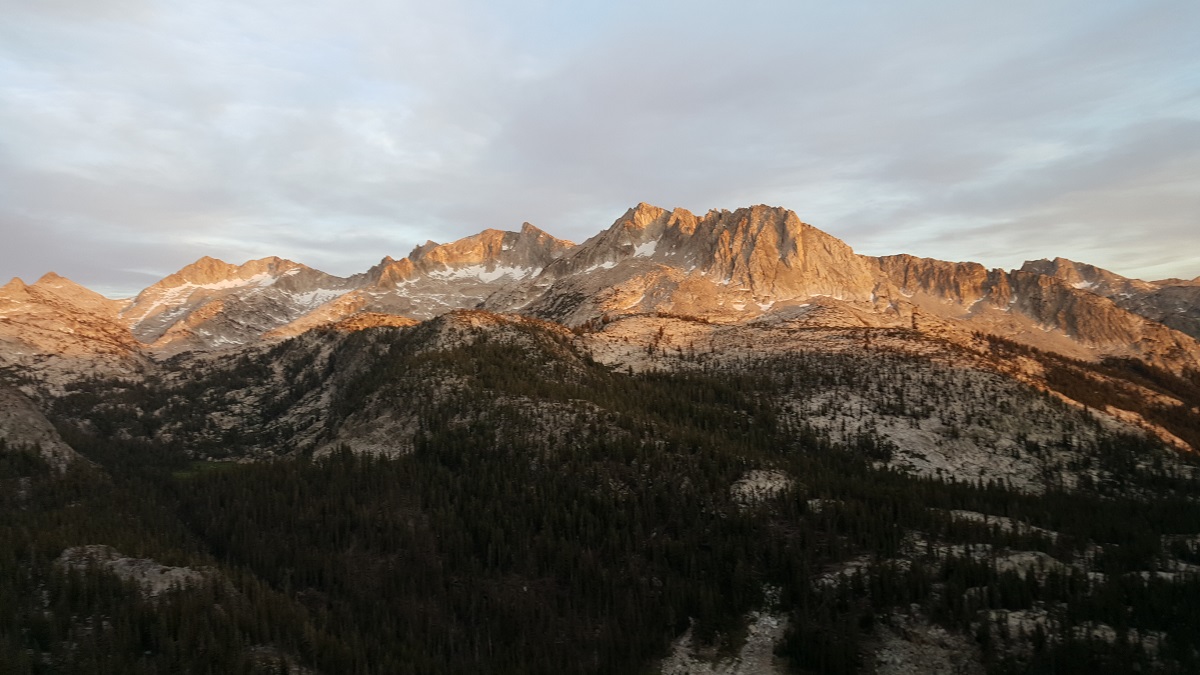 One of the best sunsets yet on trail. We had a late 700 foot ascent, but kept moving because the mosquitoes were so relentless. Near the end of the day, Howly had to turn around and backtrack a half mile to find his trekking pole. (This happened occasionally on account of his rolling of cigarettes.) Fancyfeet, Howly and I pitched on a high flat spot with the last of the day’s light. Here here is the next morning, in the process of deflating. Whenever this ritual began, there was a 50/50 chance that he’d fall back asleep again, hehe. 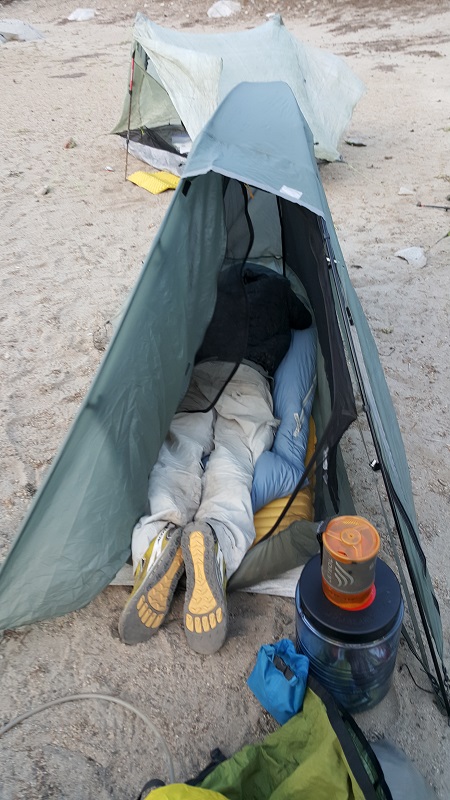