I had the opportunity yesterday to drive about an hour east of San Diego to the little town of Campo, home of the Southern Terminus monument of the PCT. Arrived around 10:20 am, already a late start, and was greeted by border guards on ATVs and 95 degree weather. AT&T sent me a text message saying, in essence, “Welcome abroad, friend!” My phone bounced between Mexican and US cell towers.

A border guard advised moving the car, as people on the other side are prone to throwing rocks over. o.O (Unlikely. My guess is the guards themselves just feel uncomfortable having cars idling there.) They said border patrol studies footprints and recommend that loved ones take photos of their hiker’s shoeprints in case the border patrol is called in to help. 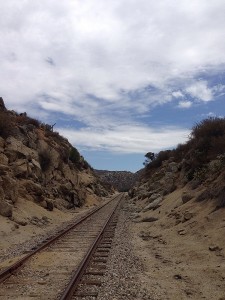 Early on the trail meanders close to town, and I felt safer knowing there were multiple places to bail if I had to. These railroad tracks made me think of an old Western movie, as there was nothing else around. (I did see signs for Yuma earlier on the freeway.) There was some cloud cover early in the day, which made it much more manageable, but by the time I reached mile 10 of the 20 mile hike, I knew it was going to be a difficult afternoon. It was eerie because I didn’t see another single human all day long until I reached Lake Morena at 8pm. 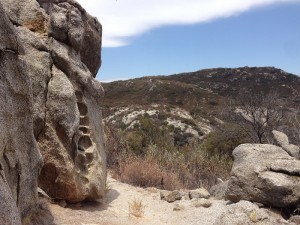 Despite the above chart information, there was no water throughout the 20-mile hike. I carried 7.5 liters of water and had less than half a liter when I finished. During the difficult ascent from 16-18, I was getting fairly concerned about the water situation. The ascent was brutal as it was all in the sun with really no shade at all. 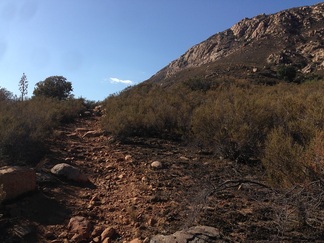 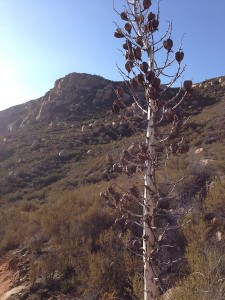 There were a surprising number of rock formations and enormous boulders. There were also several series of standalone gates, with no fence on either side. I didn’t see any snakes, but did see two rabbits and several very large flying insects. 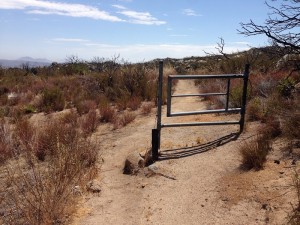 Examples of some of the beautiful flora of the trail. Also, you can see how varied the trail itself was in the shots above. During the ascent from mile 16-18, it felt like a washed out creek bed. 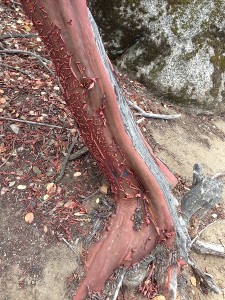 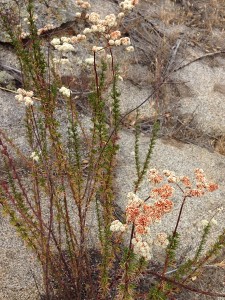 It was fun to see the trail and a terrain that is wildly different from my native Northwest, but it was probably a mistake to go at it alone on such a hot day. I very nearly scuttled the food in my pack and an old sweatshirt. 🙂 I think doing this hike in April would be a whole other ball game, where the mean temperature looks to be 20 degrees cooler on average. 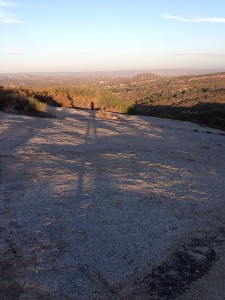 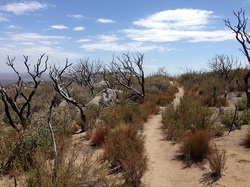 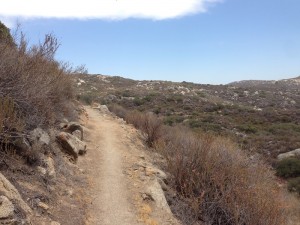 One final note: despite taking two SaltStick caps every hour, I still ended up with salty shoulders. Pretty crazy! 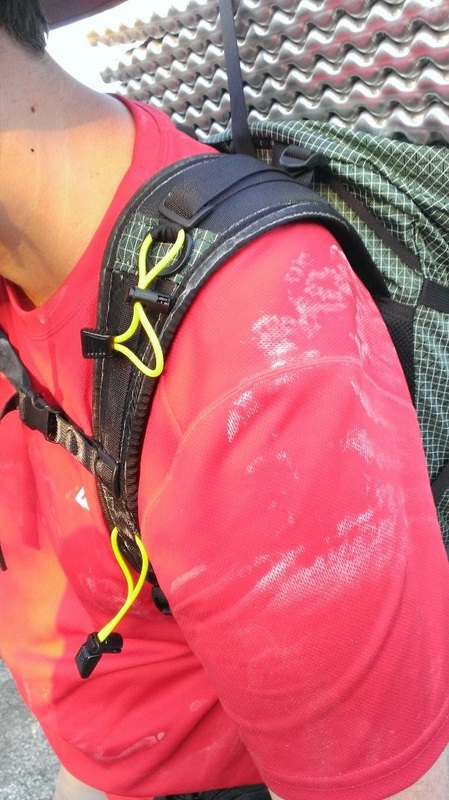