Undertaker and I attempted to summit Mailbox Peak, and we got oh-so-close, but the moment we got above the main timberline, the weather really took a turn for the worst. As the Undertaker said, “My fun factor went from an 8 to a 3.” I had terrible traction myself. We decided it was best to turn around about a 1/4-mile from the top. 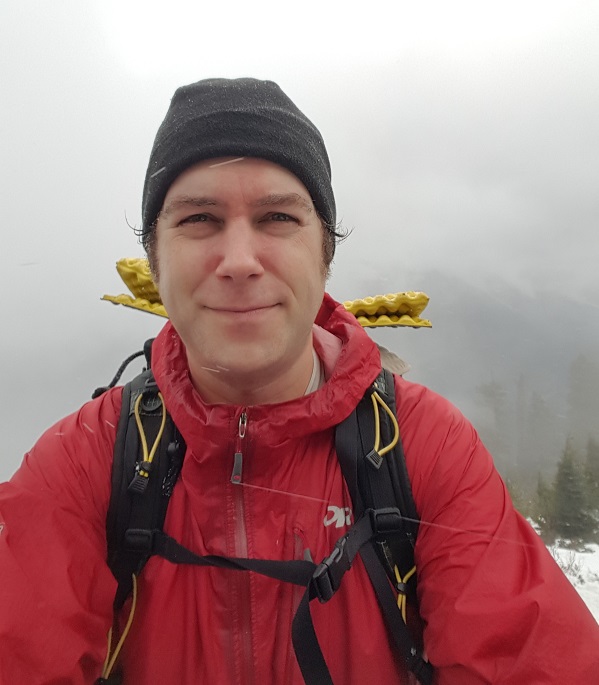 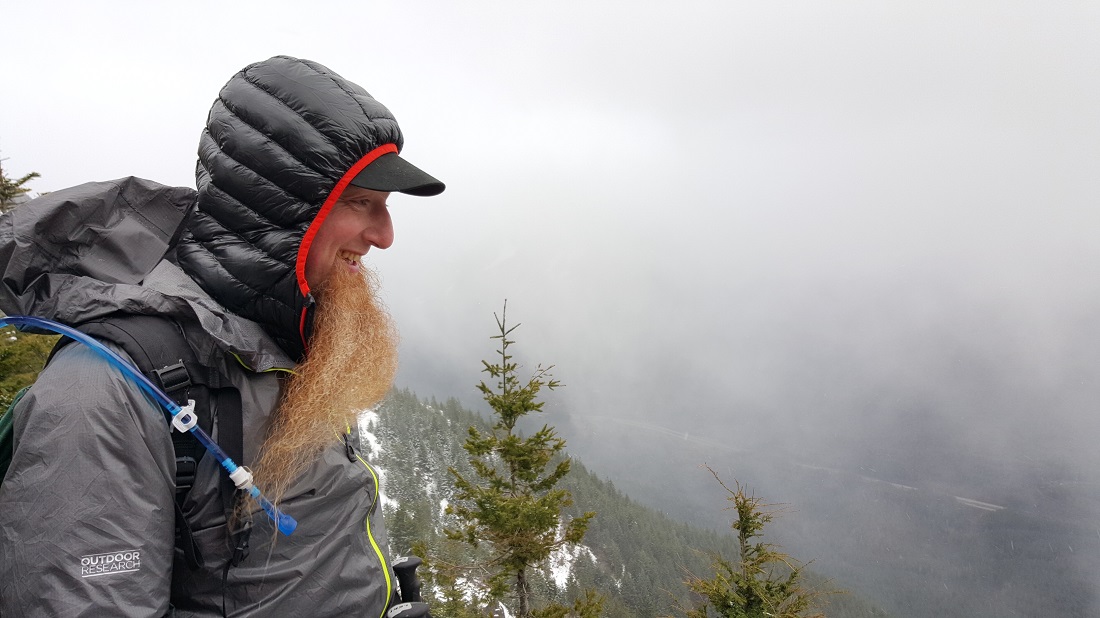 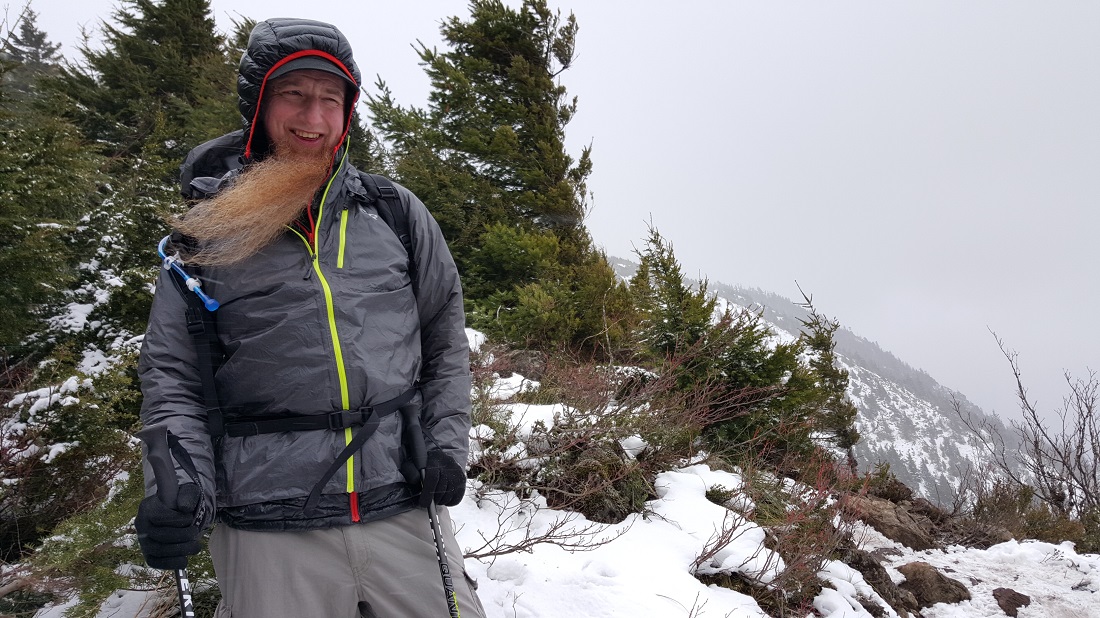 We saw a small white toy dog on its own, just barking in the middle of the rock field below. Undertaker tried to reach it, but the dog didn’t want to be helped. During the long descent to the car, we heard from two male hikers that a woman was looking for her lost dog. We felt badly about the situation. Worse still, she was out there without a headlamp looking for it. We reached the parking lot in practically full darkness and were relieved when she and her dog (a tripod, no less) came bounding down the trail. She was using her cell phone flashlight and was nearly out of battery. She said she’d called friends and said to call the police if they don’t hear from her within the hour. Crazy stuff. Fortunately, it all ended happily. 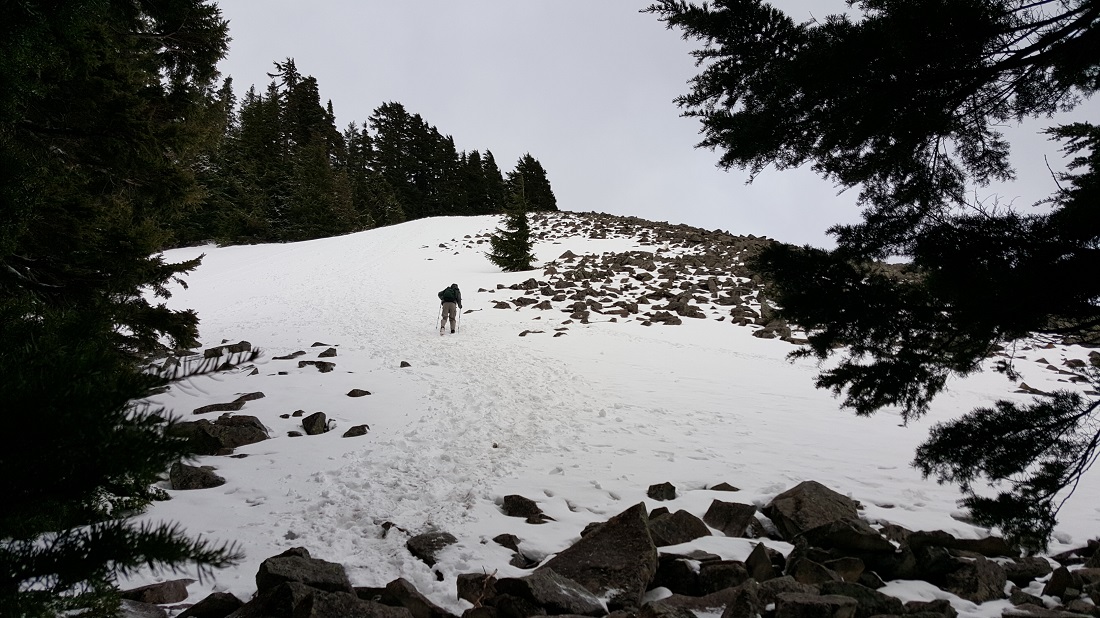