Another long day. Howly’s foot has been bothering him considerably. We had a very long descent today down “the Golden Staircase”, to the headwaters of the south fork of the Kings River. After reaching the base, I went back with Advil to see if he needed help but he wasn’t that far behind.

We had several deer in our campsite, which makes sense, given that it was called Deer Meadow. It did make me wonder if predators know about Deer Meadow. About an hour before making camp, we passed a friend who was camping by himself, along the riverbank, and about to enjoy some schrooms he had acquired many miles ago. We questioned the wisdom of him tripping alone next to the river. We later heard he had climbed some downed trees and then fell and was very lucky to have not seriously injured himself. (I might have laughed a little bit.)

We had our 3rd campfire of the entire trip. 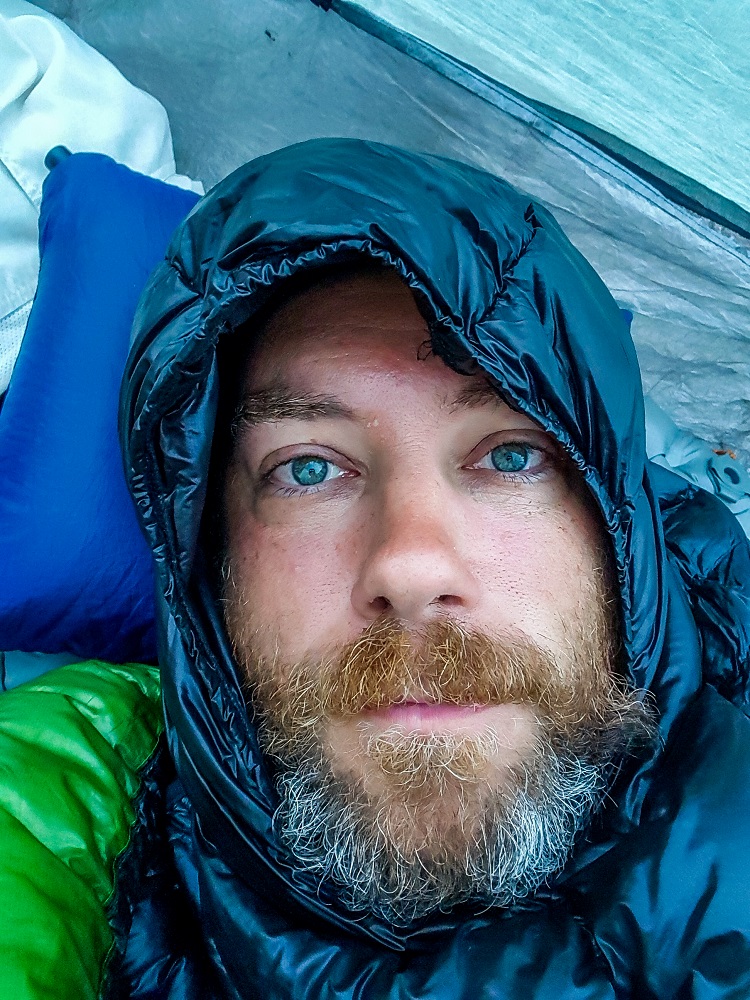 The trail is quite narrow at times. 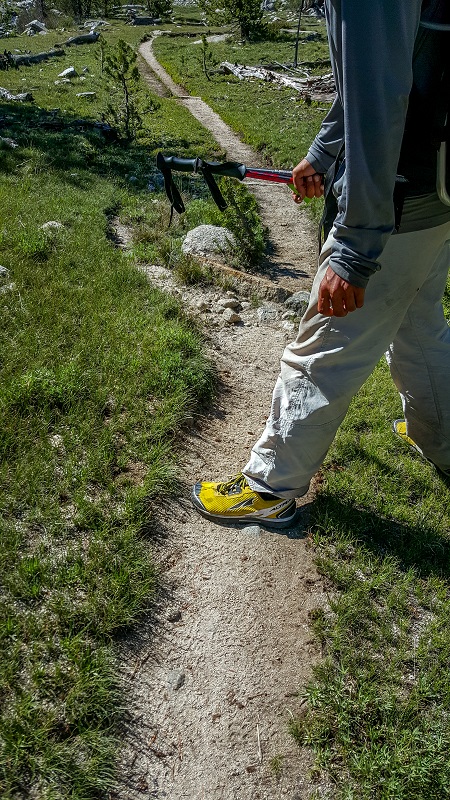 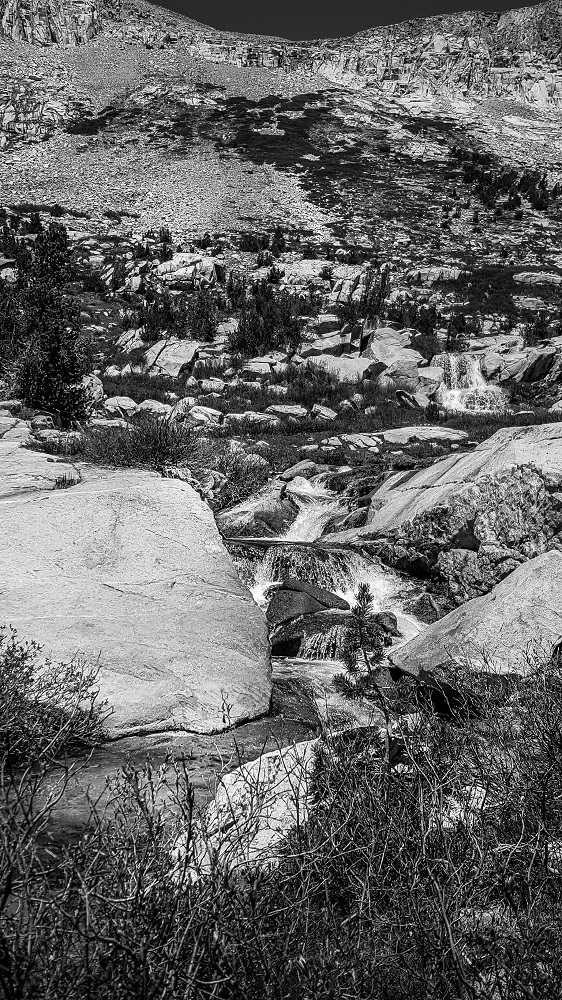 Every time we pass a lake like this, Howly gazes forlornly upon it and wishes we could fish or swim. Unfortunately, we both feel the pressure to get the miles in. We still have quite some distance to go before being able to resupply. 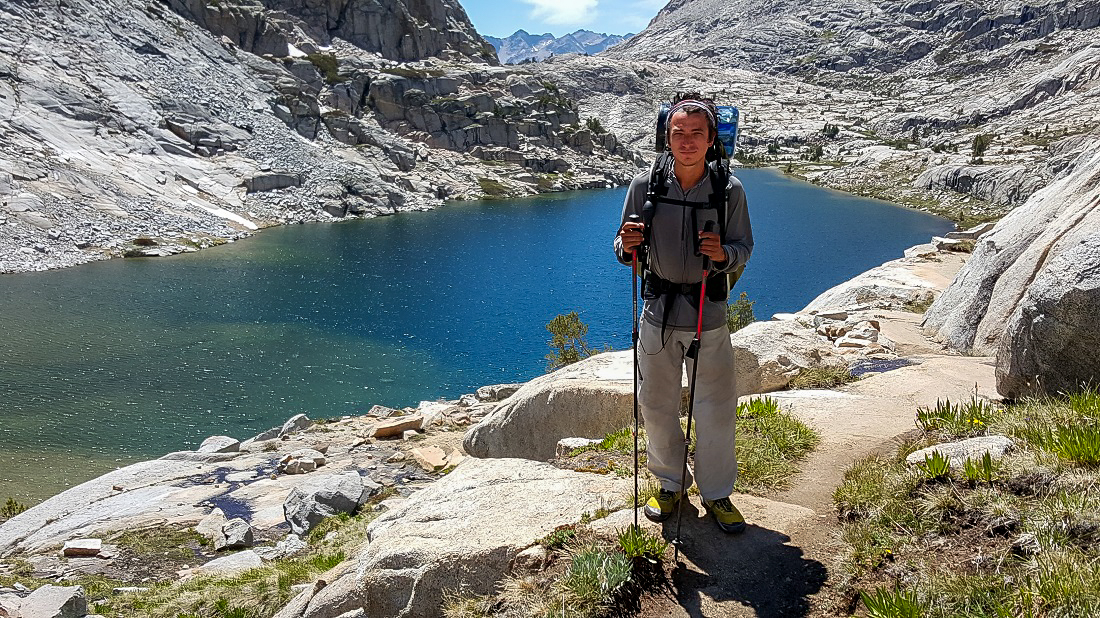 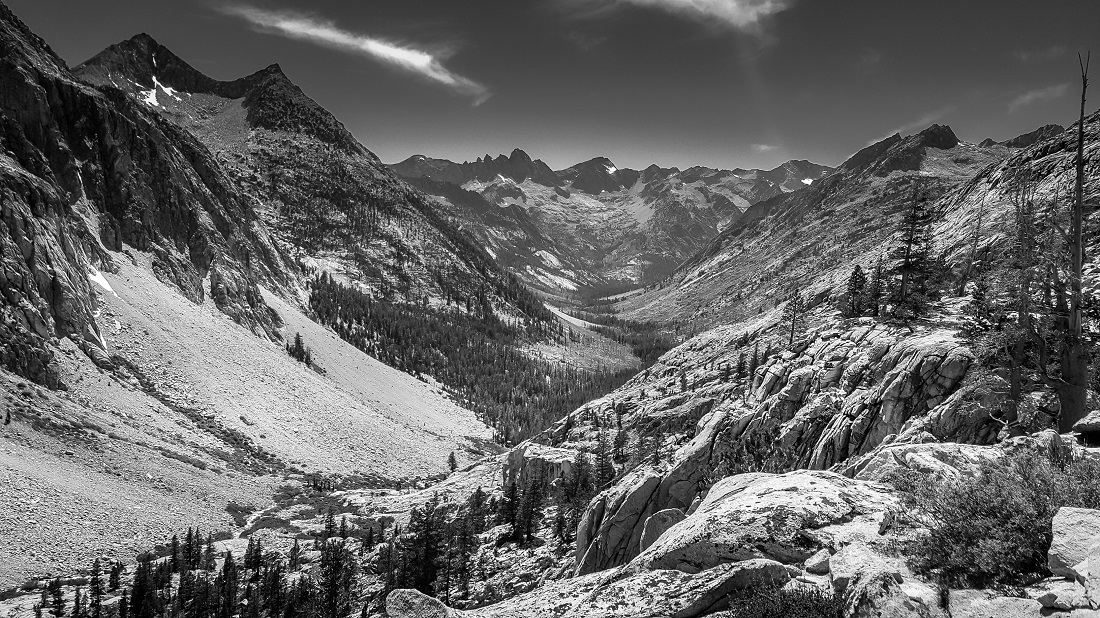 Here is another example of what the trail can look like. I think it has simply been dynamited into the rocks. 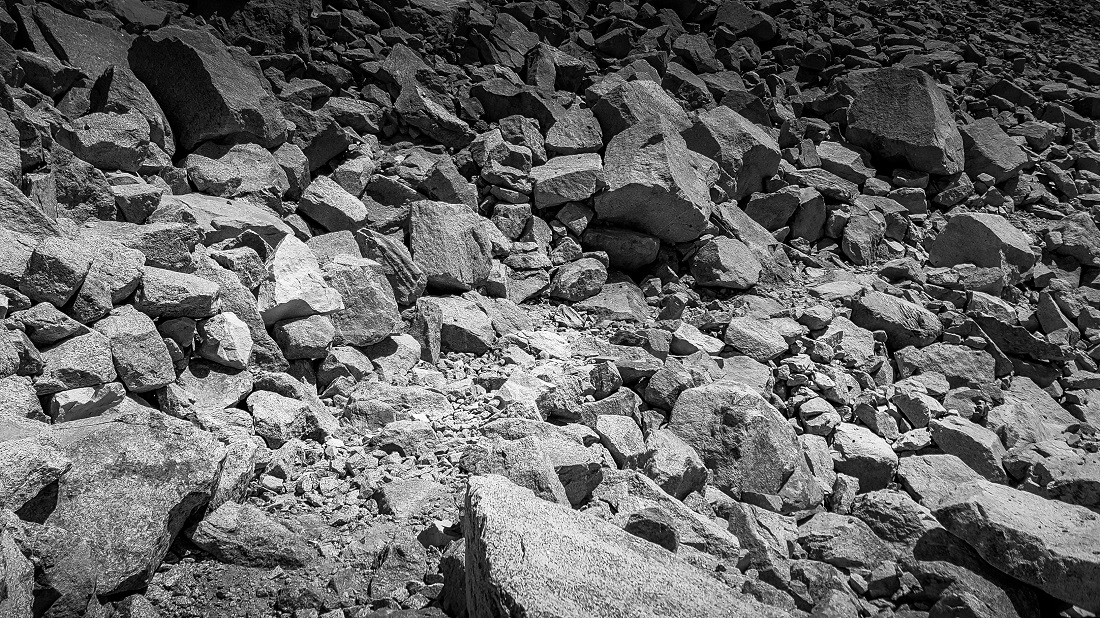 We passed a small stream that was full of fish, and they even seemed trapped as the water was so shallow to move on. I think moments like these left Howly feeling tortured, but there was no time to fish. 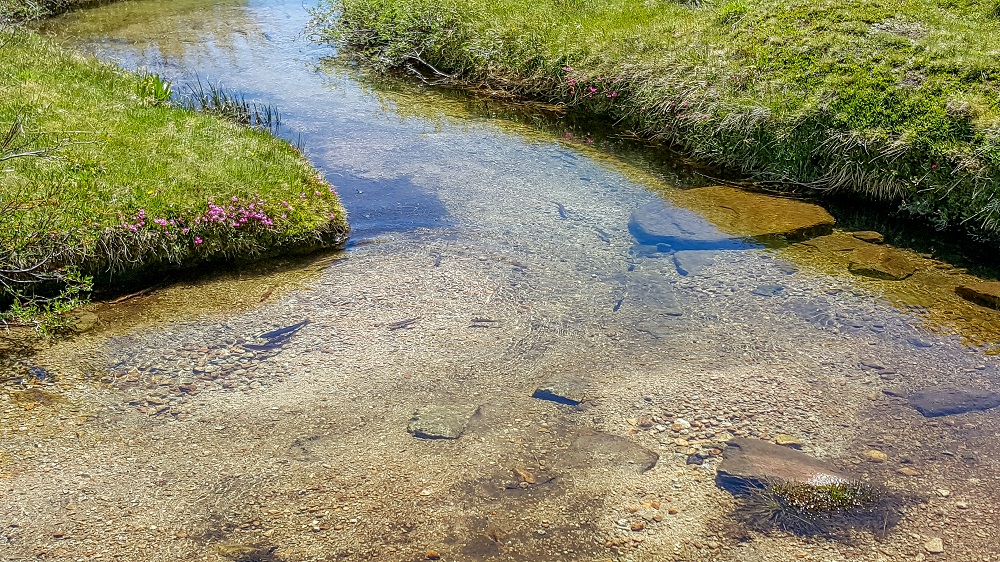 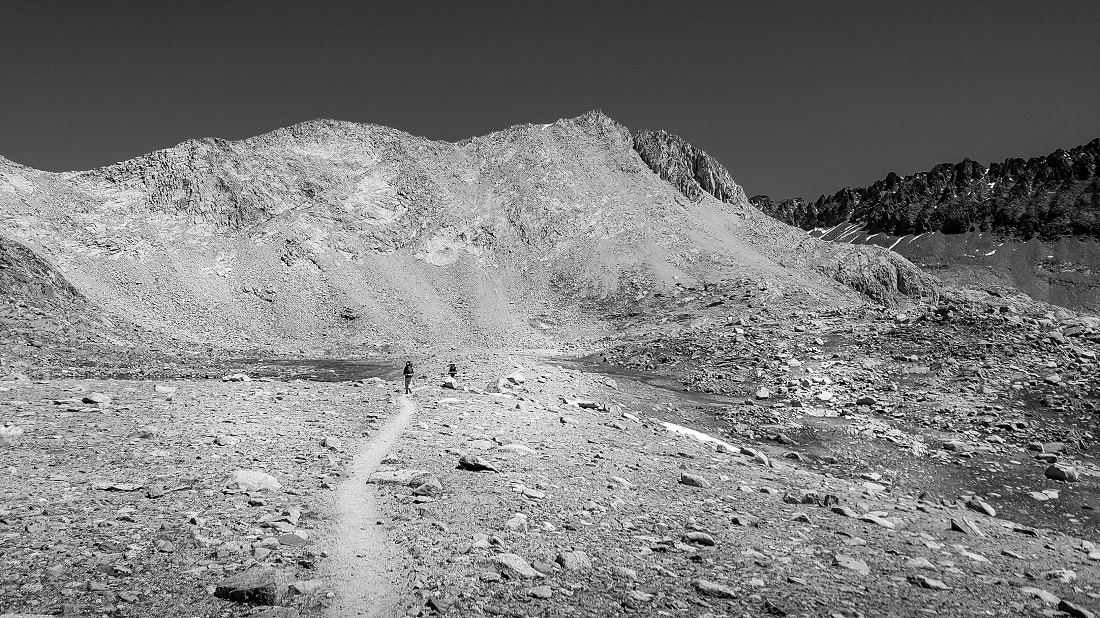 In this photo, you can see Howly‘s bear canister riding on top of his pack. I think this was a smart move that he, Honeybadger and Snackies did. They carried their canisters empty in the day, with the implied premise that they would put their food in it at night. I should have adopted this tactic. Instead, I carried my bear canister vertically within my pack, filled with my food, but felt like the curvature of the canister did not ride well on my back. 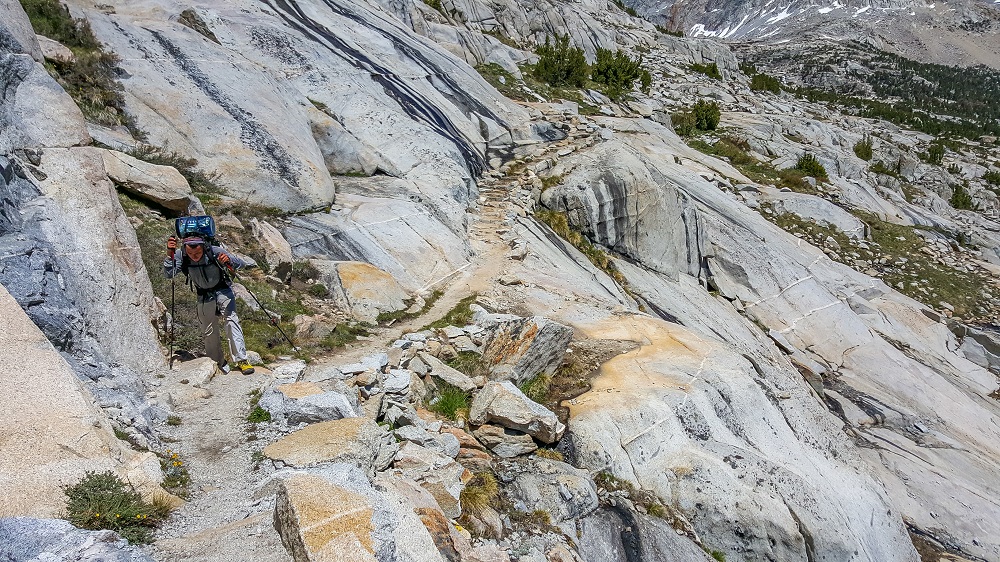 Looking straight up as we ascend the path. (The trail goes to the right, off camera). Glad nothing came sliding down. 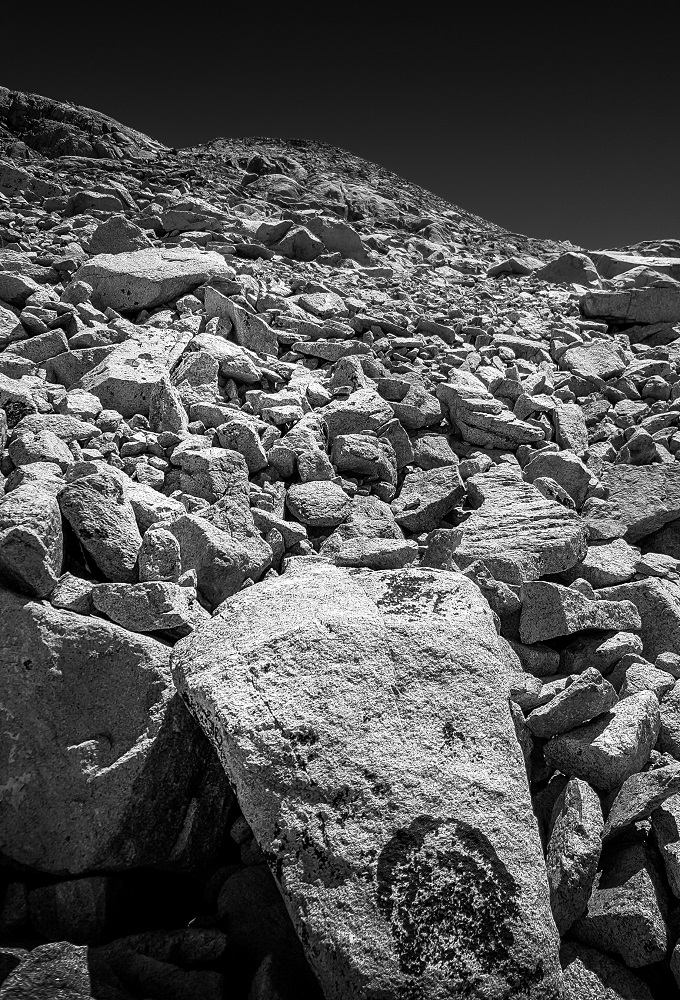 It takes all kinds. Passed this individual going the other way. 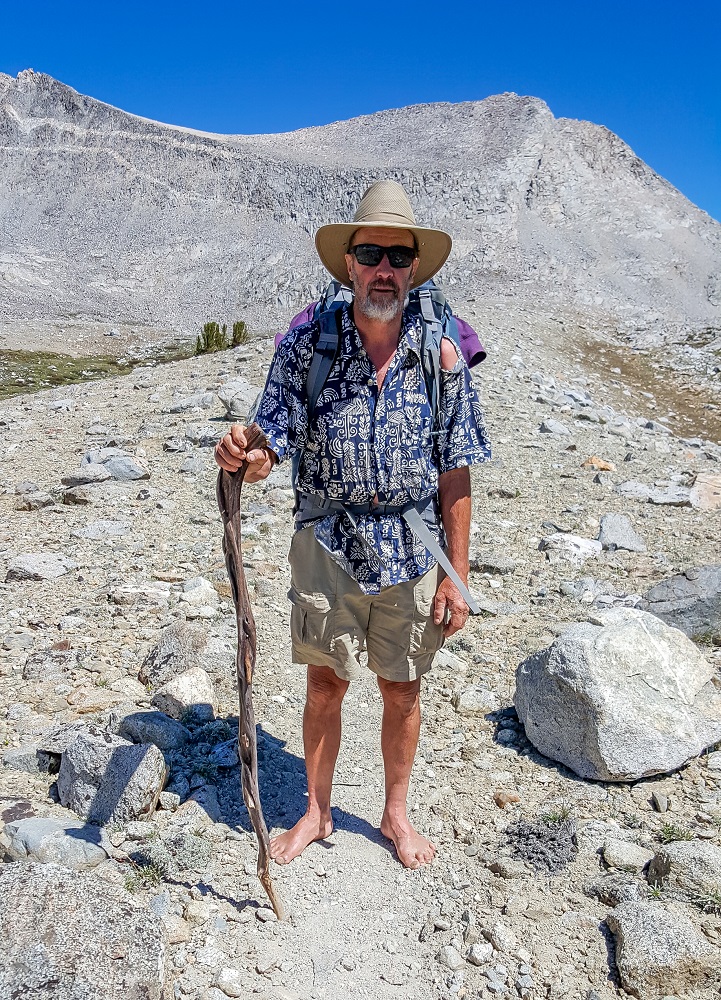 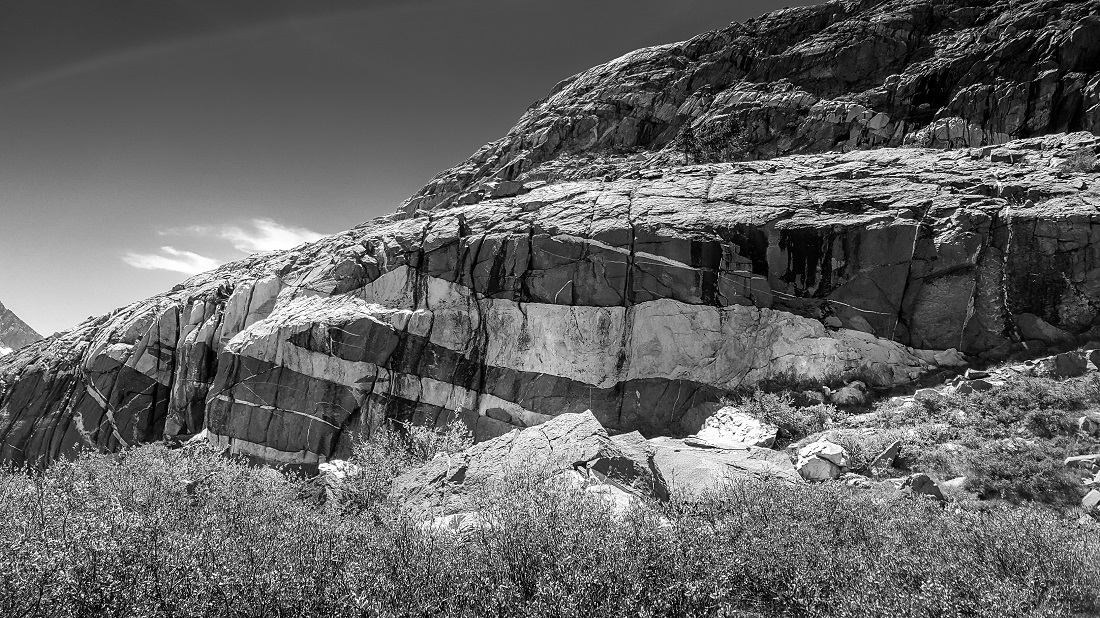 The Golden Staircase. If you enlarge this image, you can see the switchbacks that lead endlessly down. This would have been a welcome stretch if it hadn’t been so beastly hot. 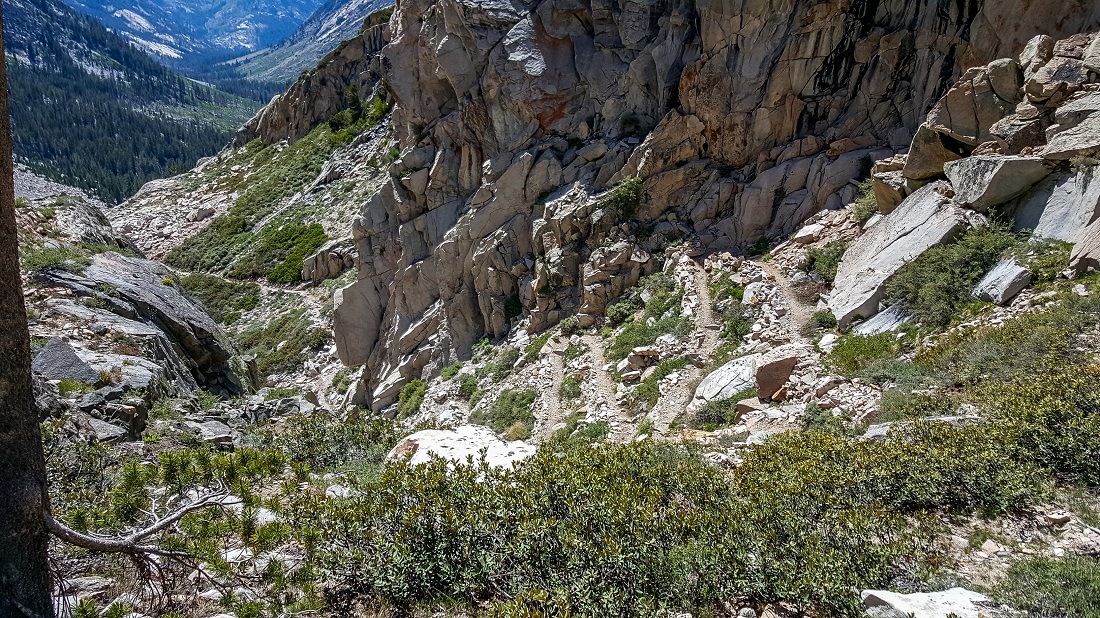 My hand is quite unhappy. The wound from when I postholed on Forester still has not healed and I’m obviously getting too much sun too. 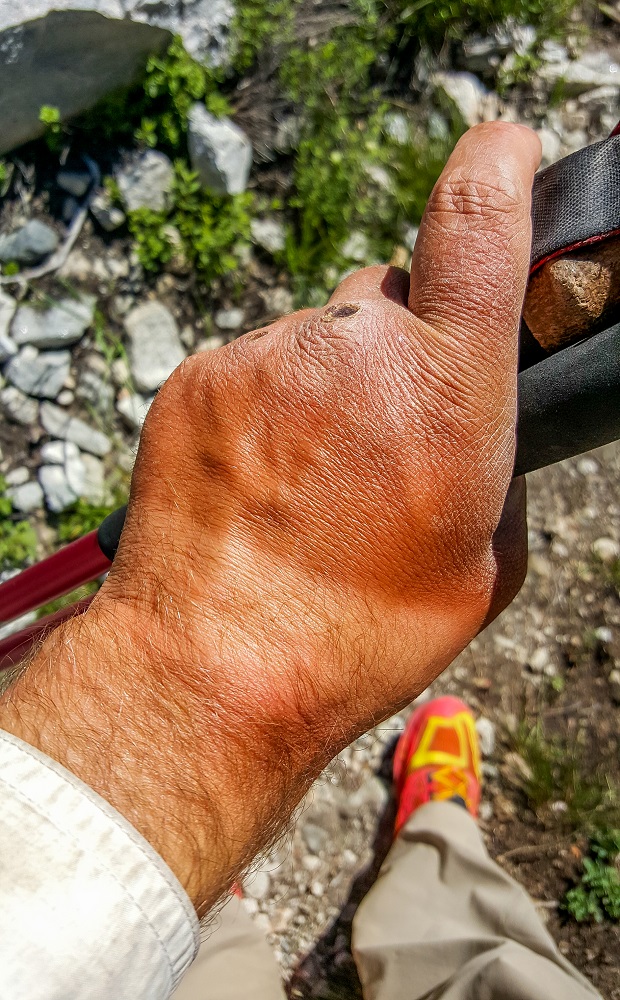 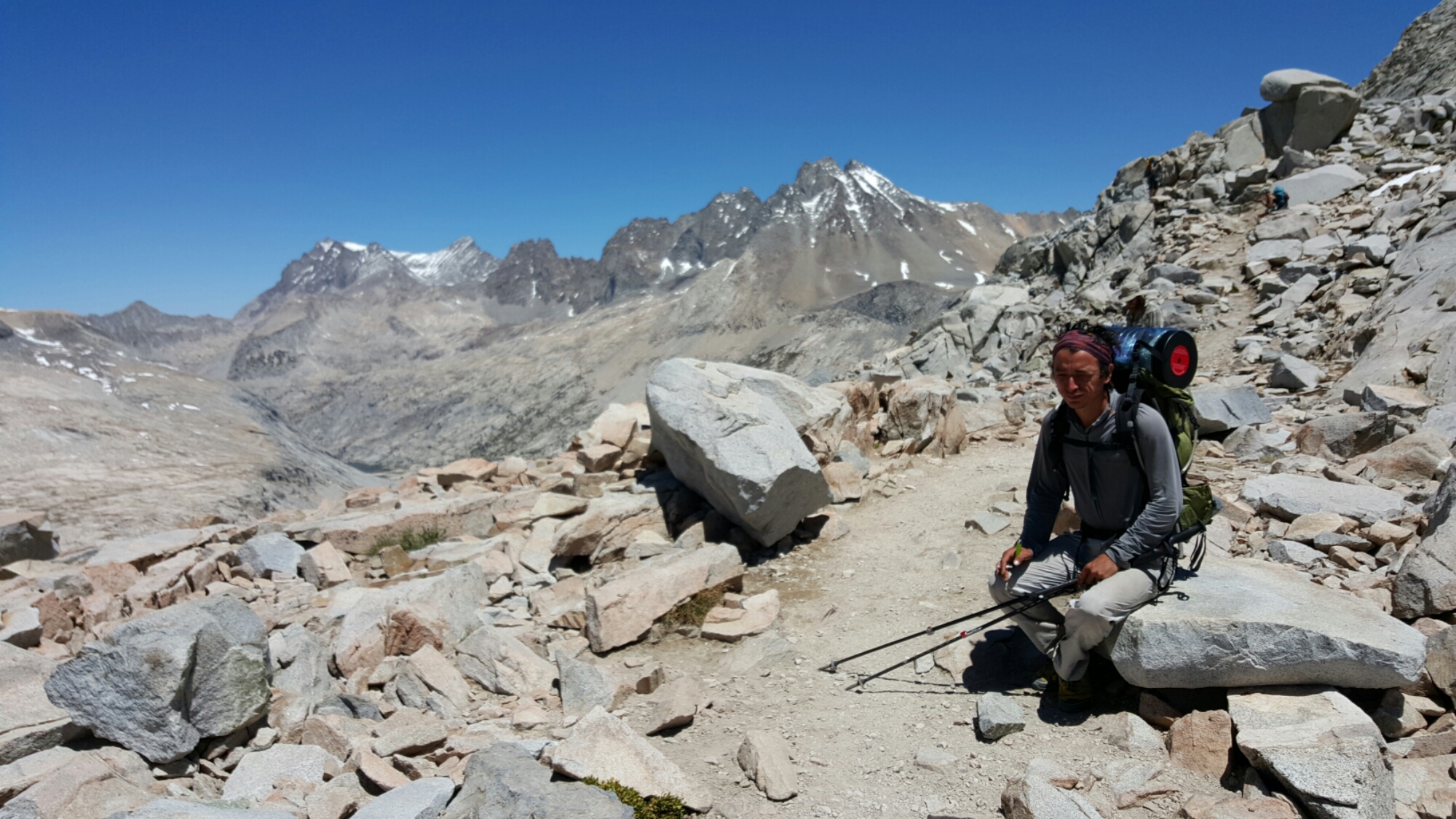 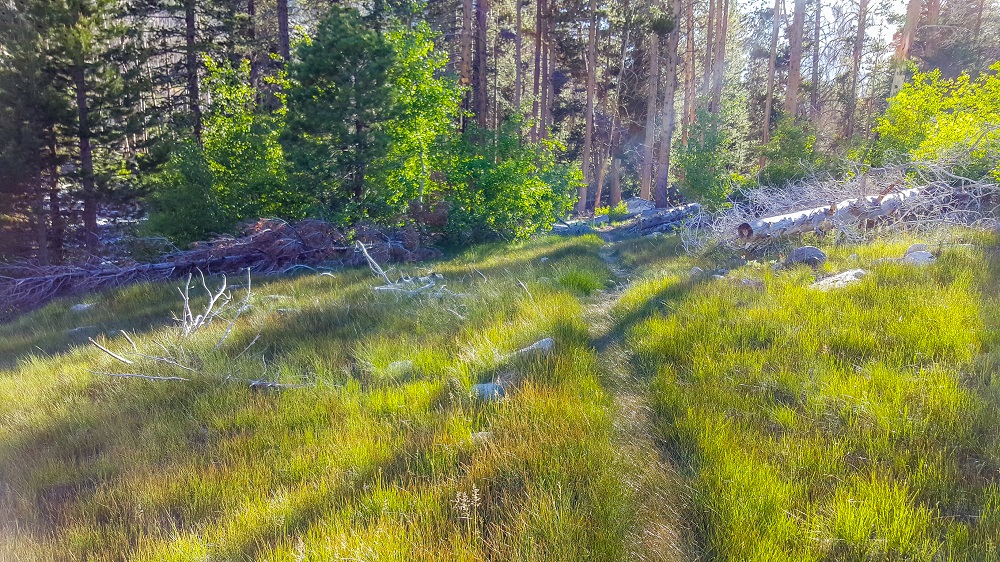