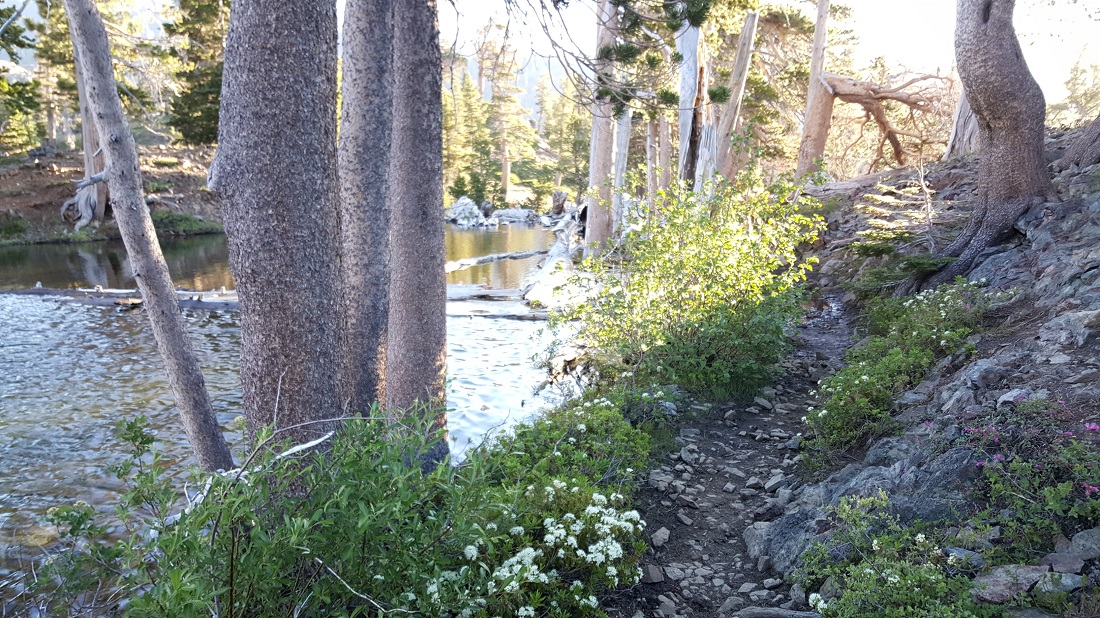 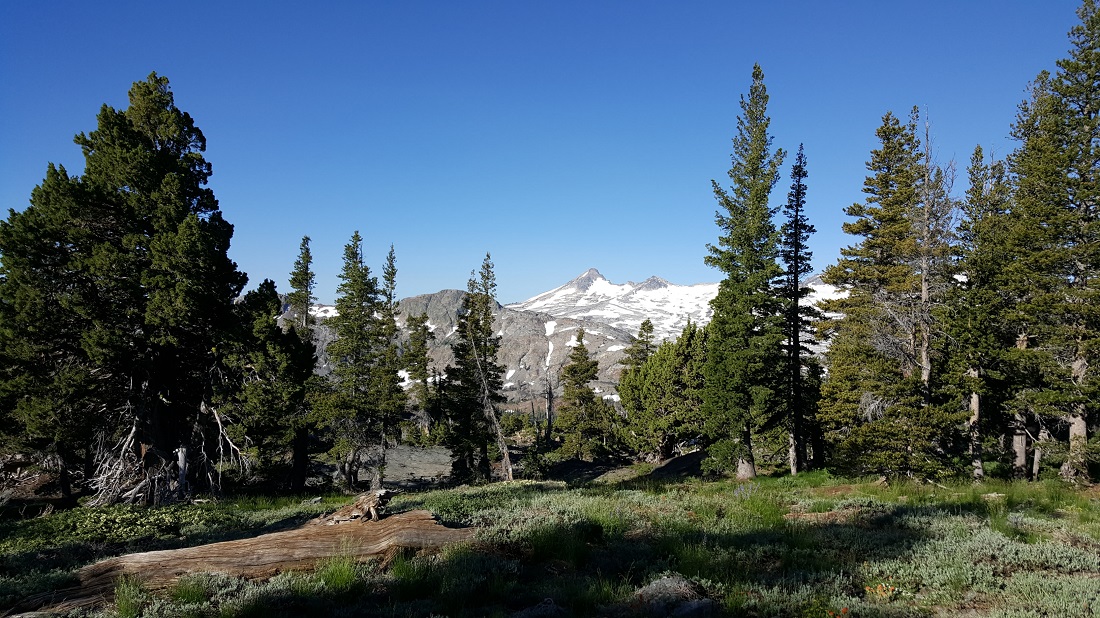 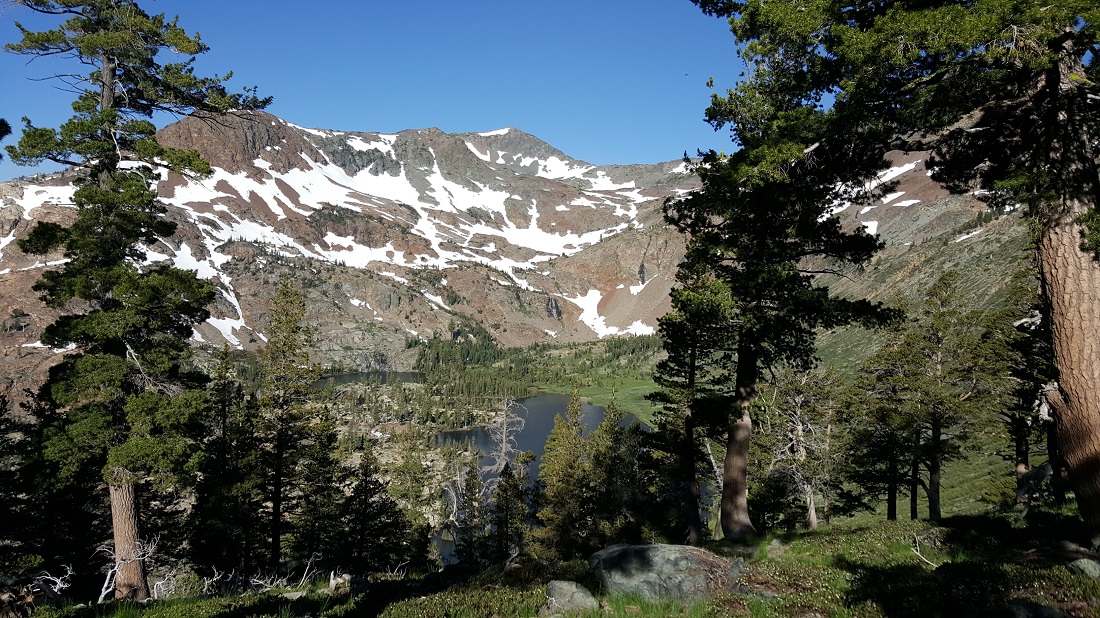 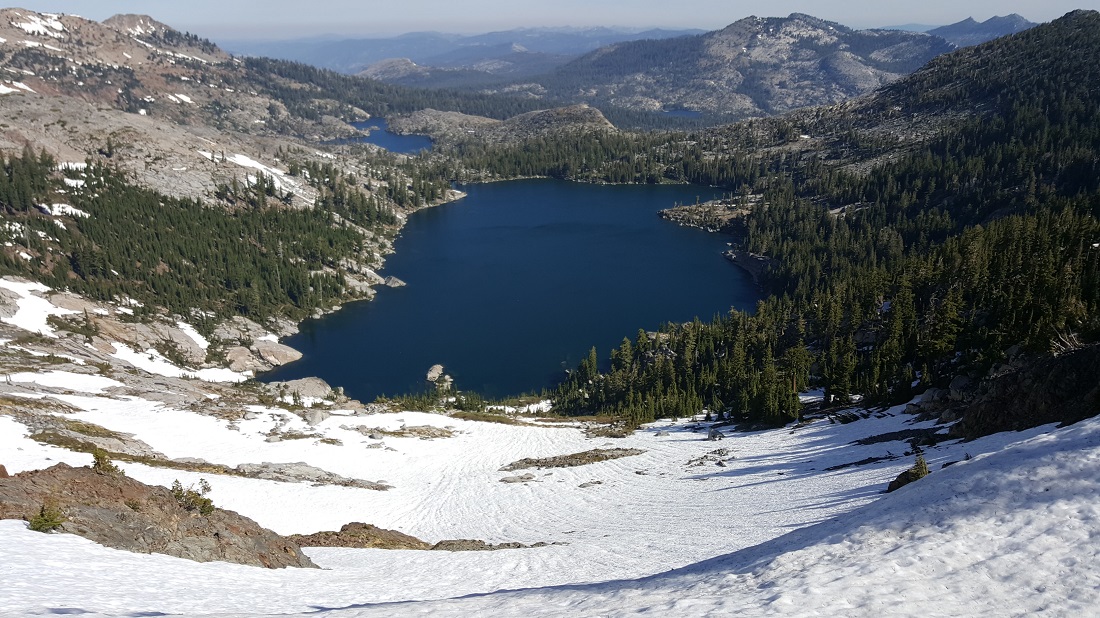 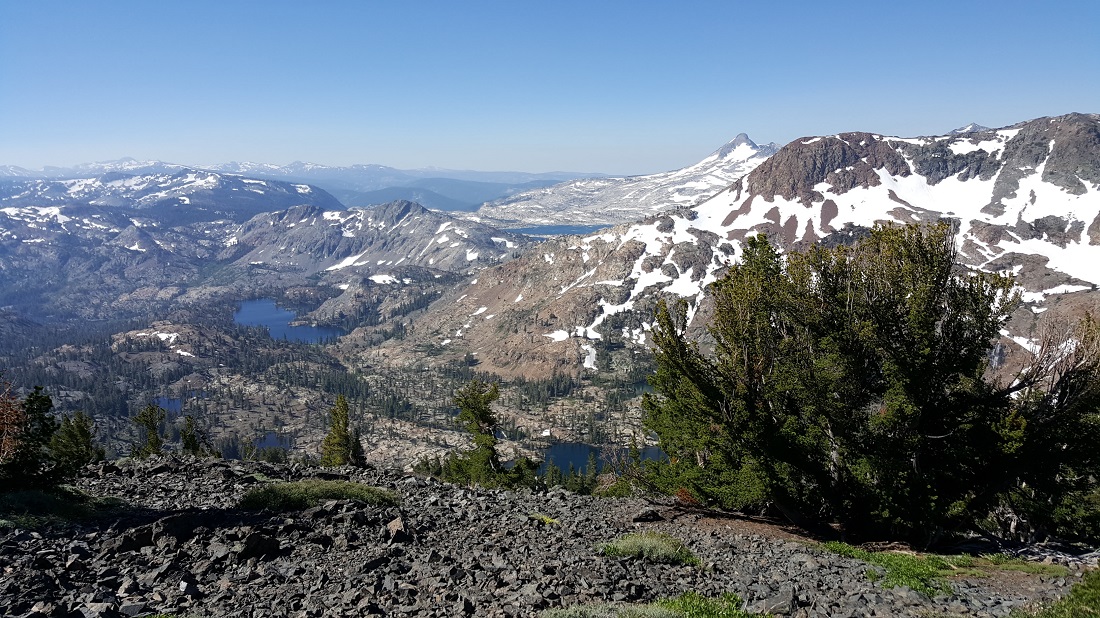 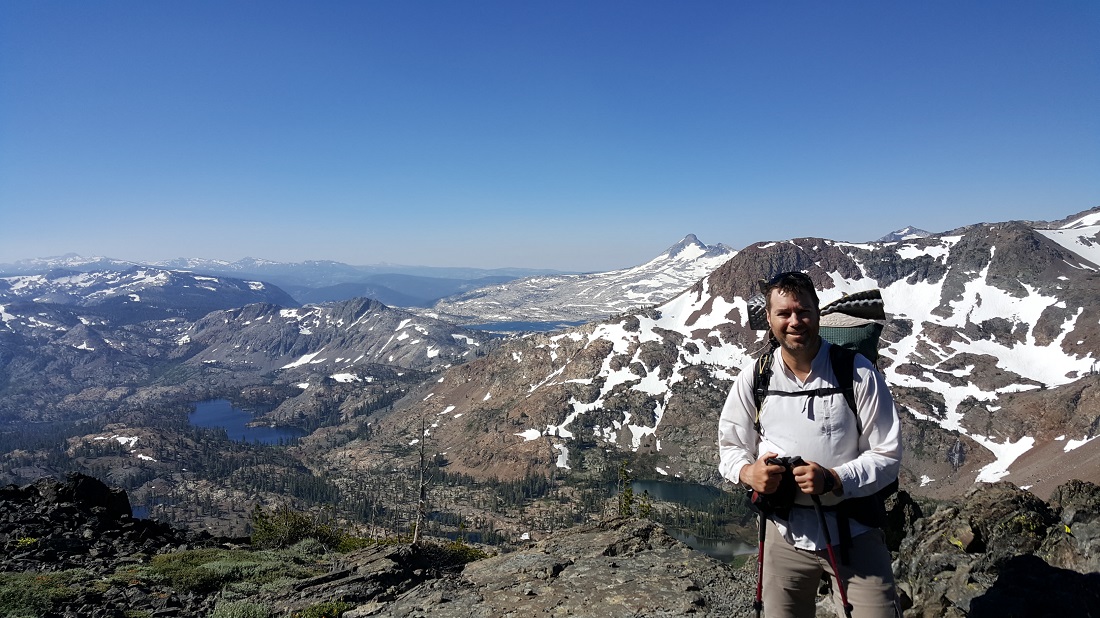 The descent on the north side of Dicks Pass was kind of a mess, as the trail was buried under snow and you mostly had to look for other hikers’ footprints. Once the ground leveled out a bit, I wandered about a half-mile off course, because there were a series of non-PCT trails that tricked me, trying to lure me back to South Lake Tahoe. Actually, truth be told, I was somewhat hoping there was a way I could have a big mile day and still get a hitch back to town for the night’s festivities. I reached the second pass of the day and there was a truck leaving just as I arrived, so it’s possible I could have gotten that dream hitch, but instead I stayed. I hastily erected my tent and put on both my Ghost Whisperer and my Montbell Mirage. It was remarkable how fast the temperatures plummeted. 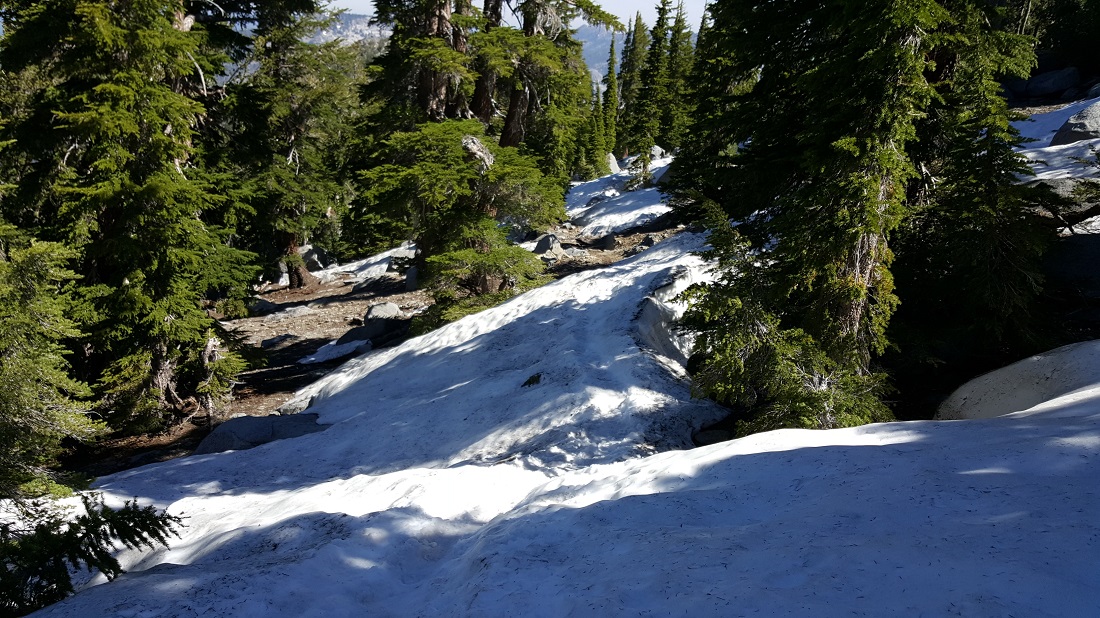 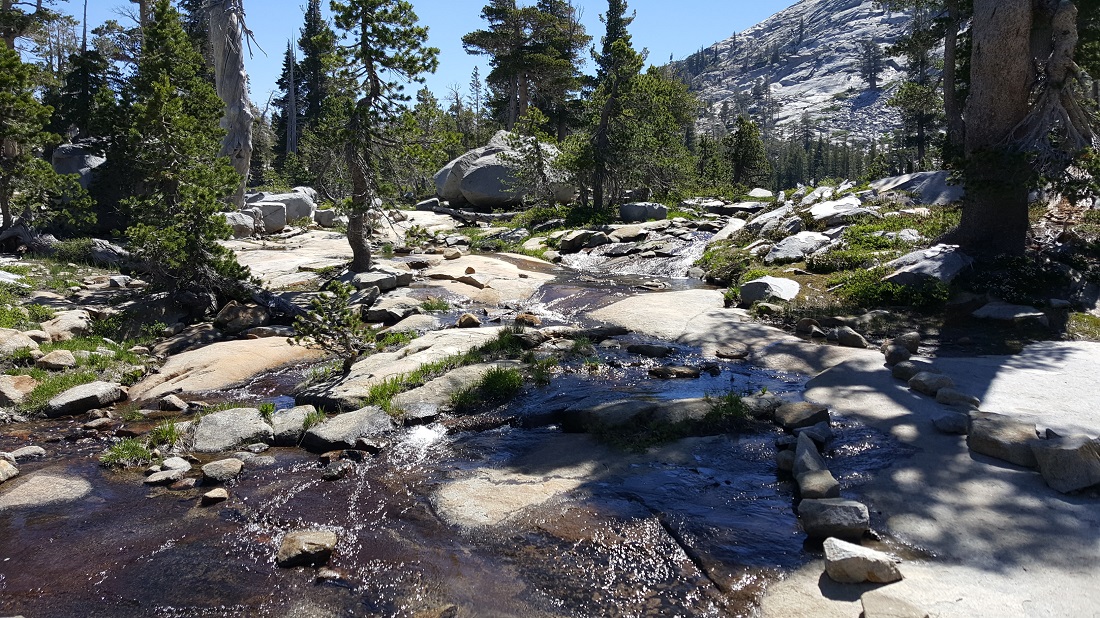 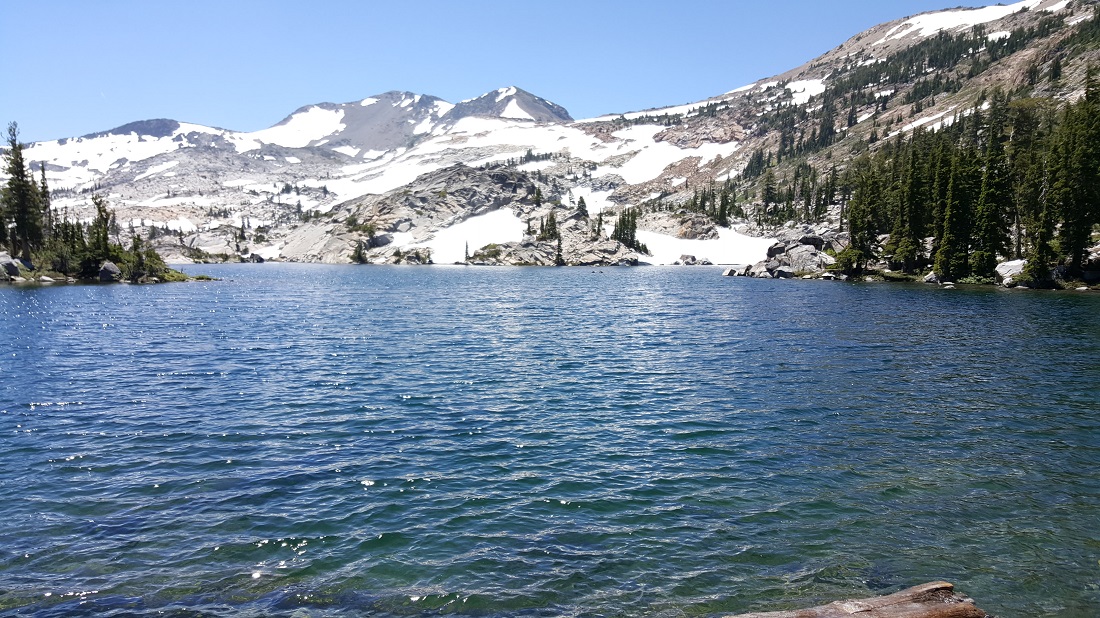