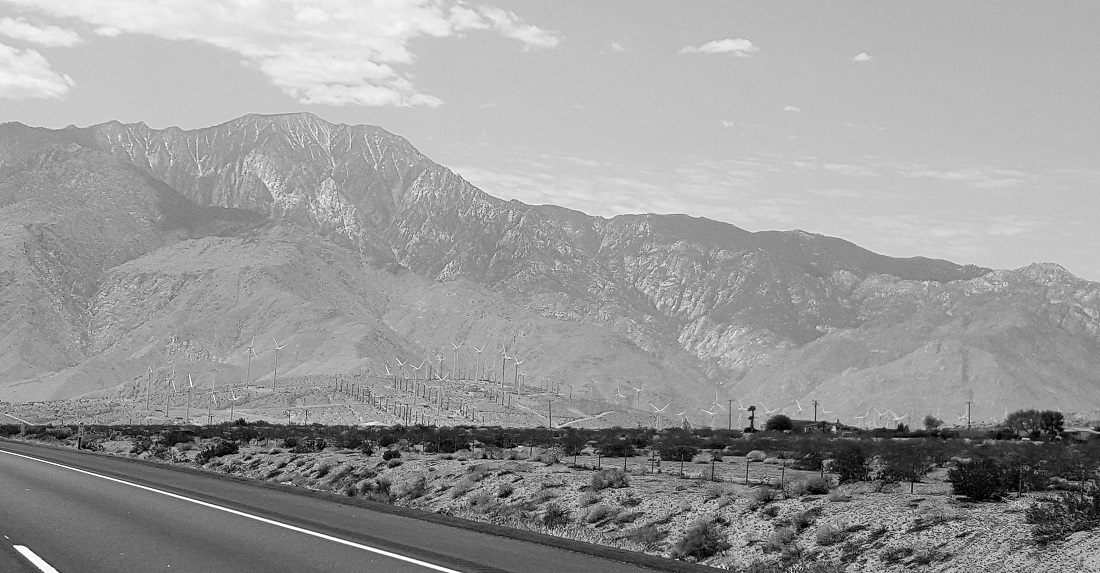 Today kind of vanished in a haze. We drove to Big Bear City (different than Big Bear Lake), then on to Palm Desert (Palm Springs), where it was 88 degrees. Six-2 was kind enough to take me to Costco, where the optometrist department bent the frame of my glasses back into place (yay!). We then hit a terrific Mexican place for lunch, and then a Walmart where I managed to get my entire resupply done for $10. 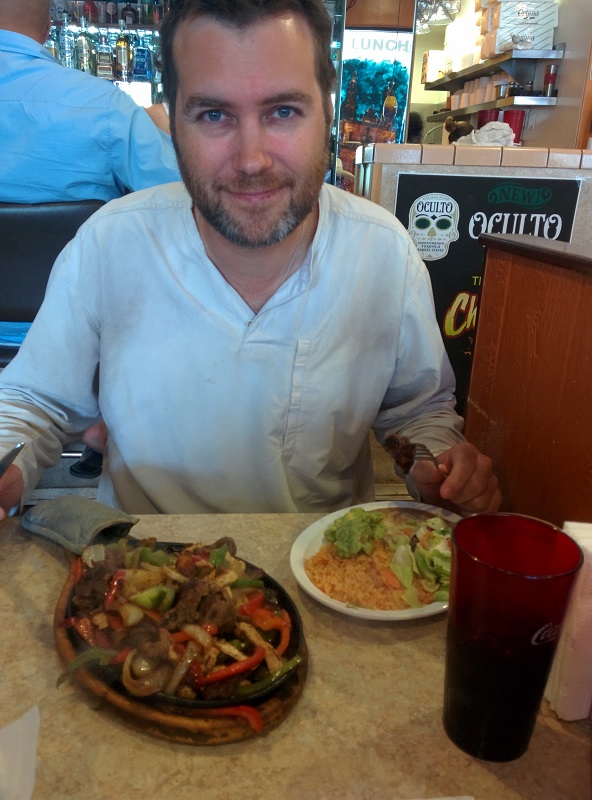 We drove to Ziggy and the Bear’s house, which is about 5 miles from where we had gotten off-trail. They are a famous trail angel couple who allegedly purchased the house purely to support hikers during hiker season. Very organized, very kind. Felt like staying at a grandparents house. I think it is common for them to host over 1,100 hikers per season. Anyhow, once we got there, Six-2 began walking south on the trail. I drove the car back to the bottom of Mt. Jacinto, to the exact spot where we had gotten off-trail several days prior, locked my set of keys in the trunk, and began walking north. We passed each other a bit later, hehe, which was weird. This allowed me to reach Ziggy’s, where I stayed the night, and allowed Six-2 to take his rental car back out to the city, where he needed to work another day. By having walked the 5 miles today, he wouldn’t need to make them up on the morrow, when he hitched back to Ziggy’s. 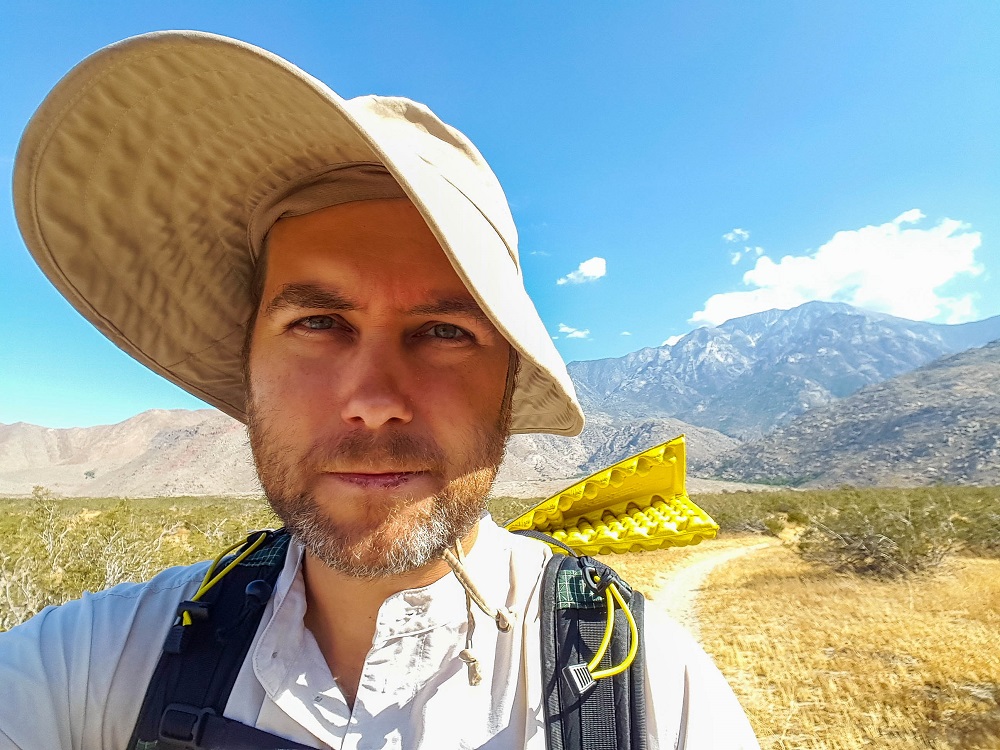 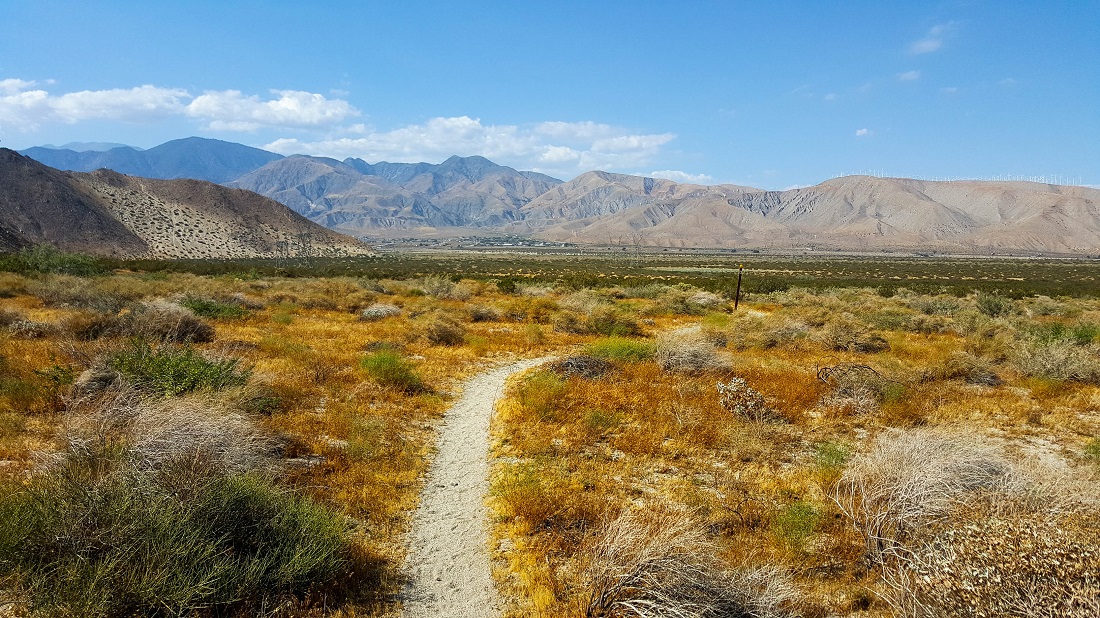 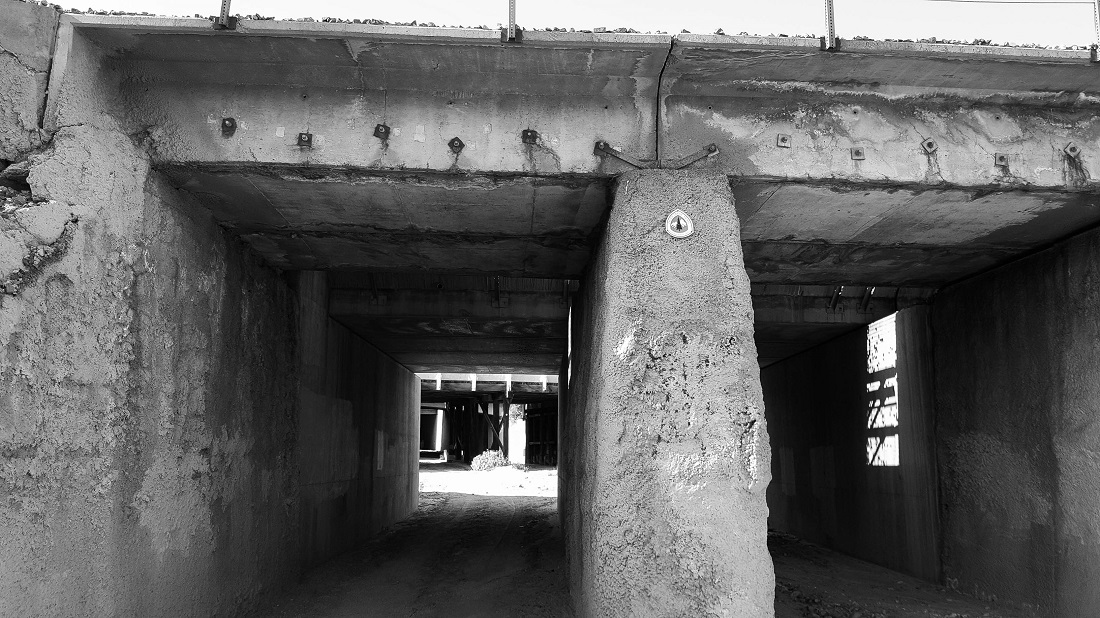 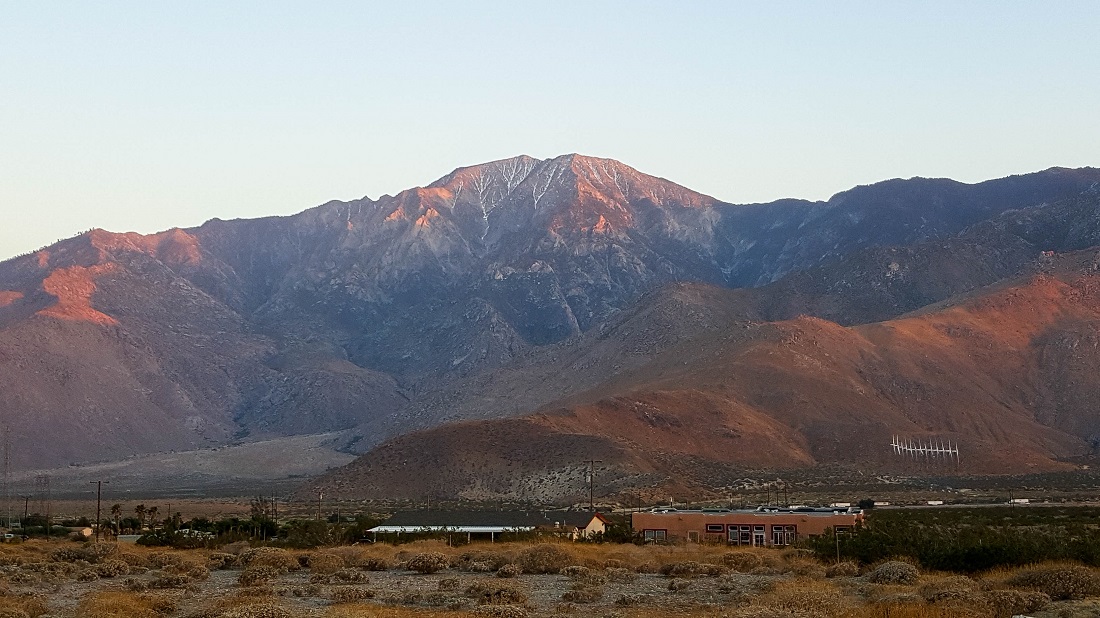 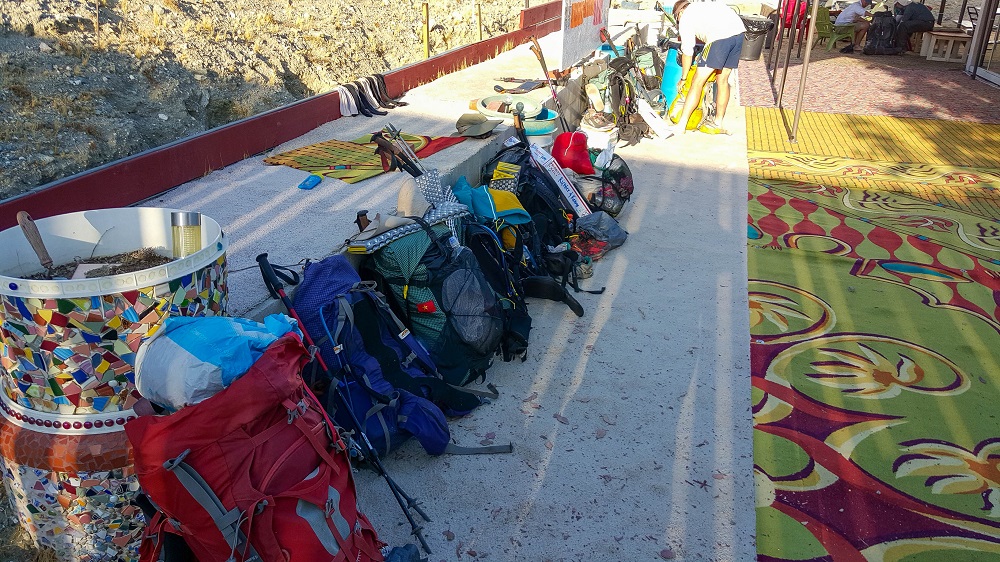 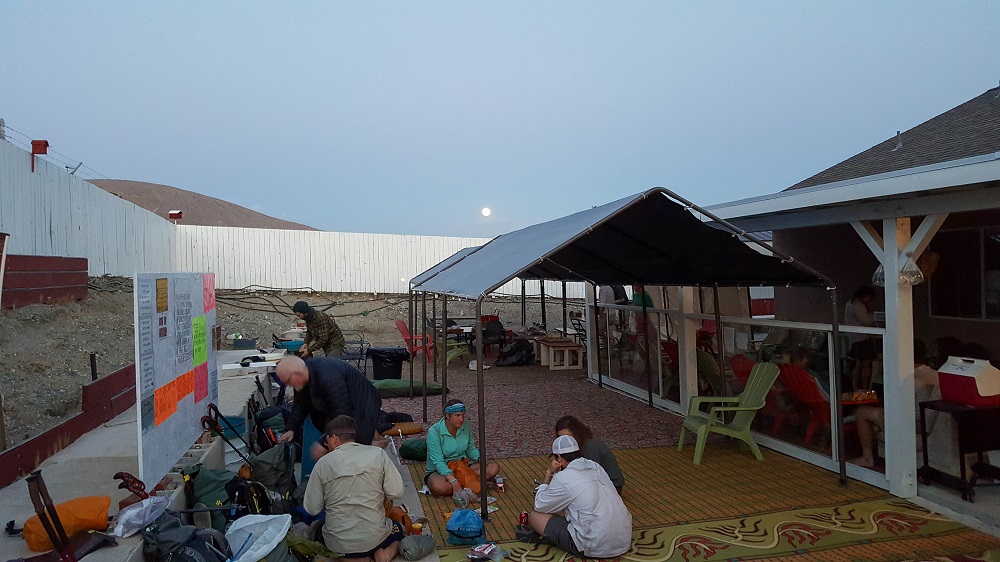 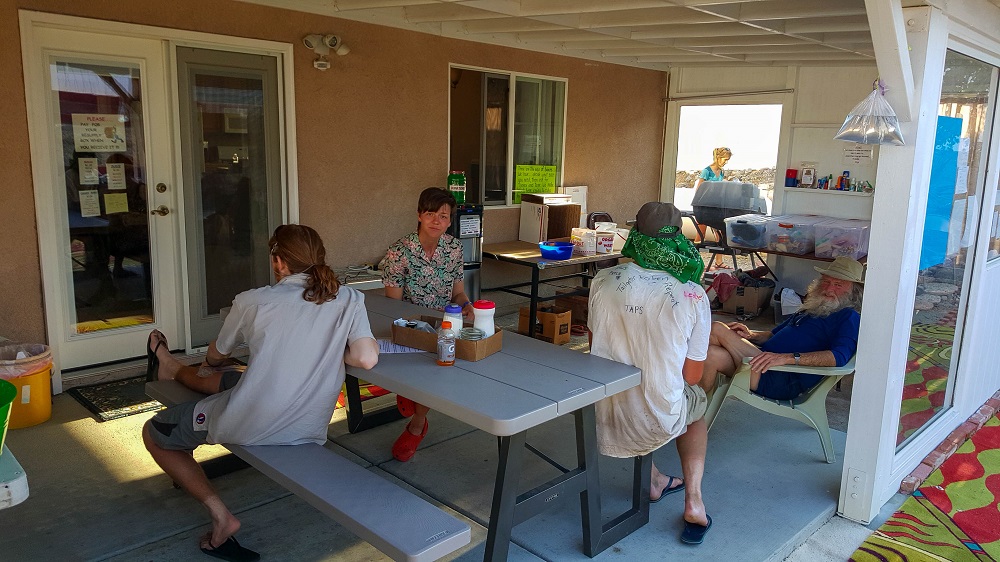 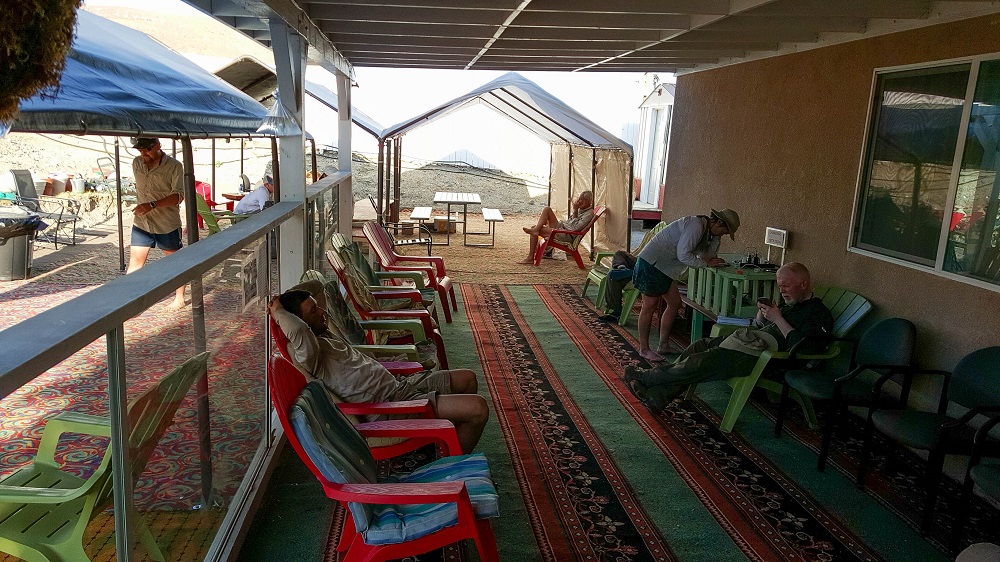 They had fresh oranges, and Little Caesar’s pizza and sodas for $1. Several times throughout the night, they brought out a 5-gallon barrel of rocky road ice cream that some local had donated to the house. In the front, they even had six outhouses against the curb. They asked every hiker to wash their hands, and had a long list of rules. They also did a good job collecting each hiker’s information and requesting future postcards. A nice couple.

UPDATE: I ran into Skyline and Claire here, saw Darko and Taters in passing, and was where I first met HoneyBadger (visible in pic above). 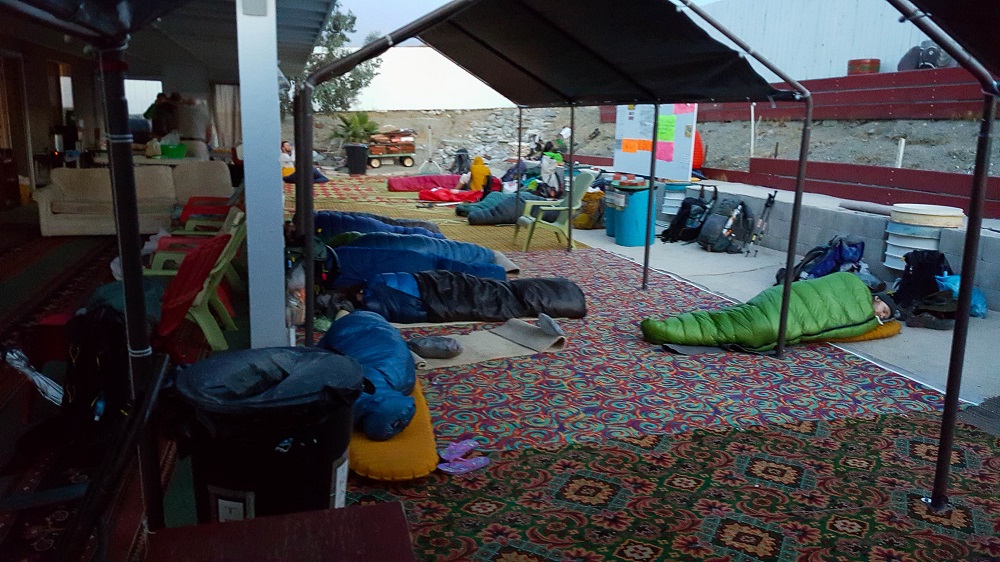