Exhausted. Over 5k of vertical feet today with a 6 liter water carry. Had a coyote howling quite close last night while we all cowboy-camped. Claire said she saw it within 5 meters of me. Kinda spooky. I then heard it over by Hendrix in the chaparral and I wrestled with whether it was appropriate to wake him or not. It was meager sleep for the rest of the night, at best.

Most of today involved a very long slog up a ridge. Everything was exacerbated by my terrible chafing. Six-2 has had some suffering too of that sort. A day or two earlier, Honeybadger had recommended that we should go commando (no underwear). That would certainly get more airflow and stop the chafing. We both agreed to give it a try. Boy…was that a mistake, lol. I know, I know…why did we listen to a girl on this matter, given some fundamental differences… 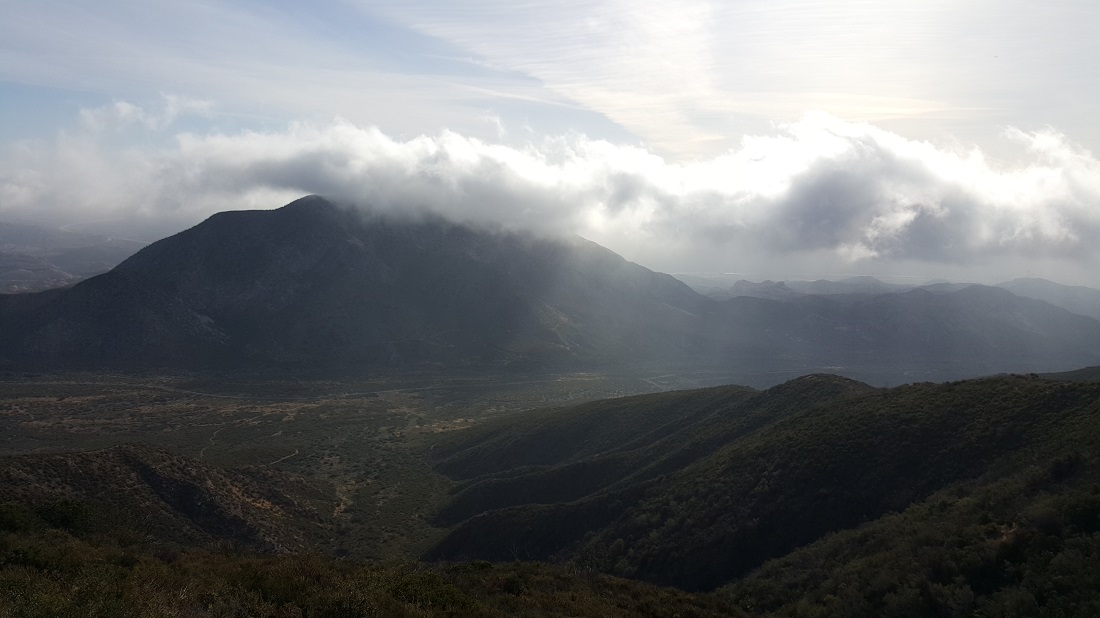 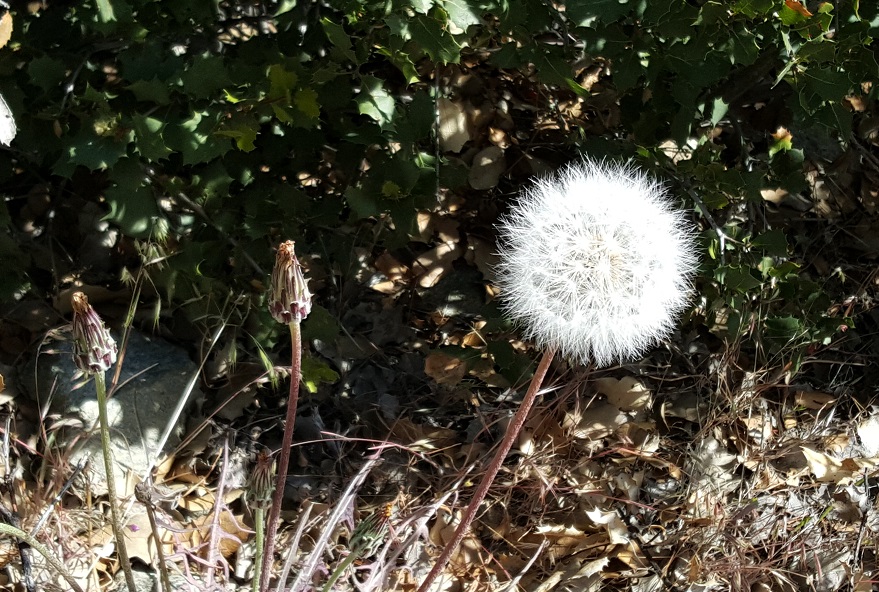 There was a service road about 13 miles into the day and a wonderful trail angel showed up with his pickup truck, and some gatorade and snacks from Costco. He even had chairs. We unpacked our damp sleeping bags and took an hour siesta to let them dry. Some ne’er-do-well took this incriminating photo, haha. 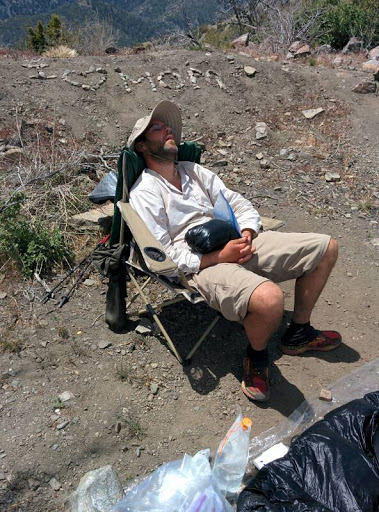 We reached Highway 2 in the final hour of light and were again lucky to receive trail magic, this time from young schoolgirl Michela and her dad. They were kind enough to make Frito chili pies for all the hikers coming down. We saw a group push through on trail, skipping Wrightwood, even though everyone knew a snowstorm was coming.

A large pickup truck with 3 people and an extended cab offered us a hitch down into town, which we were grateful for. Otherwise, we were going to ride in the back of the truck bed of the trail angels when they left. 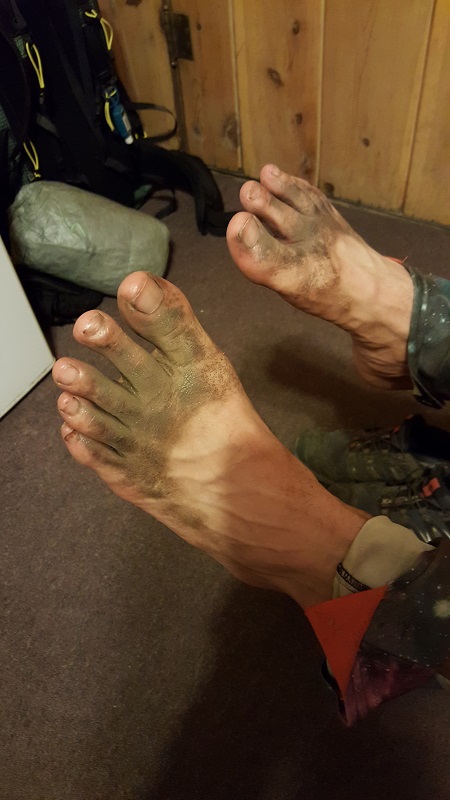 Hendrix, Six-2 and I shared a modest room at the Pine motel, a tired place in Wrightwood. Here, Hendrix can be seen imposing his feet on the rest of the world. We enjoyed a huge pasta dinner in town and then visited a nearby saloon.