I had carried this Coors from Echo Lake to celebrate the 4th of July, but yesterday’s big day (24 miles with 2 passes) left me too tired to do anything but pitch my tent and fall asleep. So…in a long line of wise decisions, I decided it was best to observe our nation’s independence by drinking 1.5 lbs of Coors on the morning of the 5th, just before hiking. 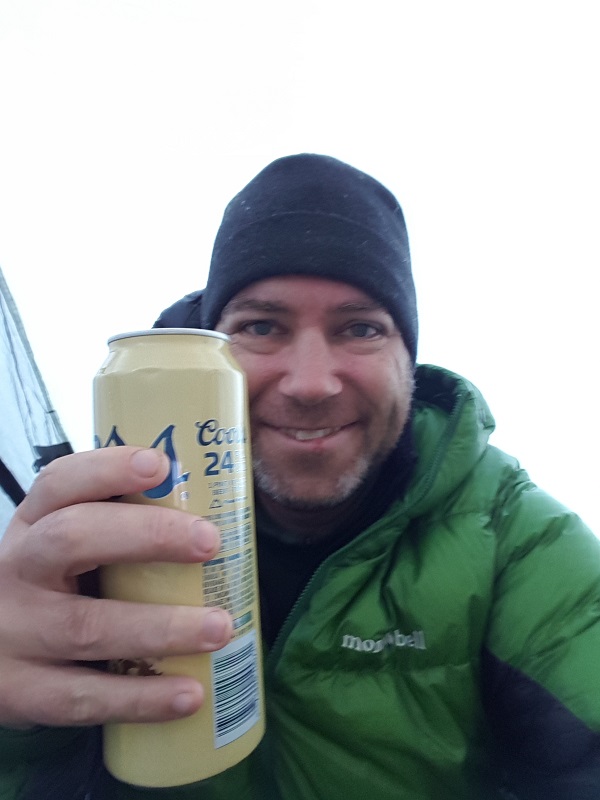 Outside of my tent, I had another conversation with Amoebe, a male hiker who had pitched about 100 meters away from me the night before. He had been intent on staying up to watch the distant fireworks above Tahoe. As I was going to sleep, my last memory was looking out from the tent and seeing his headlamp swing repeatedly into the adjacent woods. When I asked him how the fireworks were, he said in essence that it was worthless. The fireworks were like a square-foot of space in the sky from his distance and with no sound. Furthermore, he was 90% certain he’d seen a bear in the bushes near his tent and so it unnerved him. The eyes in the bushes did not run away. I’m glad I wasn’t aware of the creature. And Amoebe’s vigilance also likely protected my pack, which I’d placed halfway between our tents, hehe.

While I was packing my gear up, a woman came over from the parking lot and said, “You might wanna come over and see this. I guarantee it’s something you’ve never seen before.” She was right. 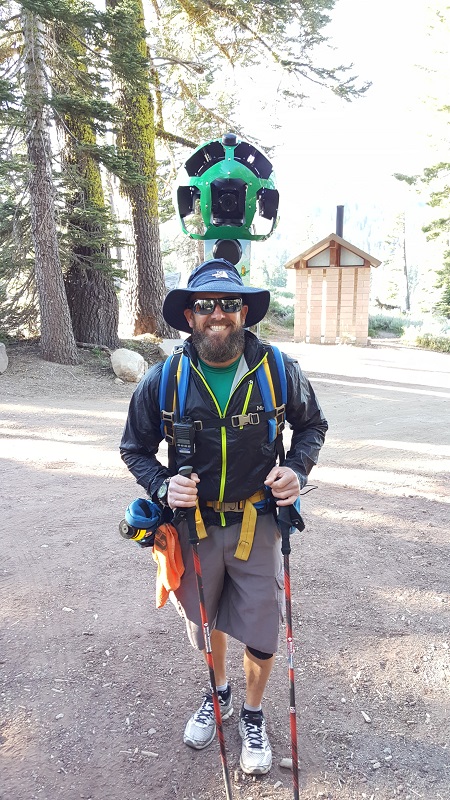 Sure enough. It was a Google volunteer, who schleps around 50 lbs of gear for documenting the various trails. Two other hikers were carrying his normal camping gear for him. They hiked about 15 minutes behind him and kept in contact with radios. Remarkable! Unfortunately, they said the Forest Service wouldn’t allow them to document the John Muir Trail (JMT). I could see that being worthwhile for many people unable to ever hike the back-country. 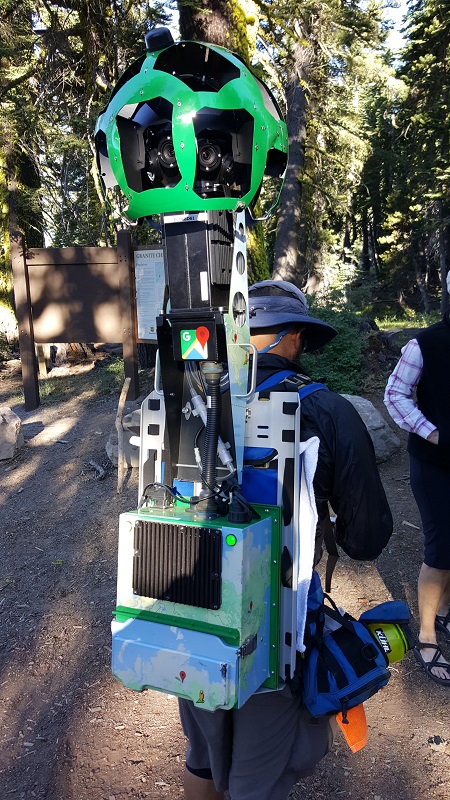 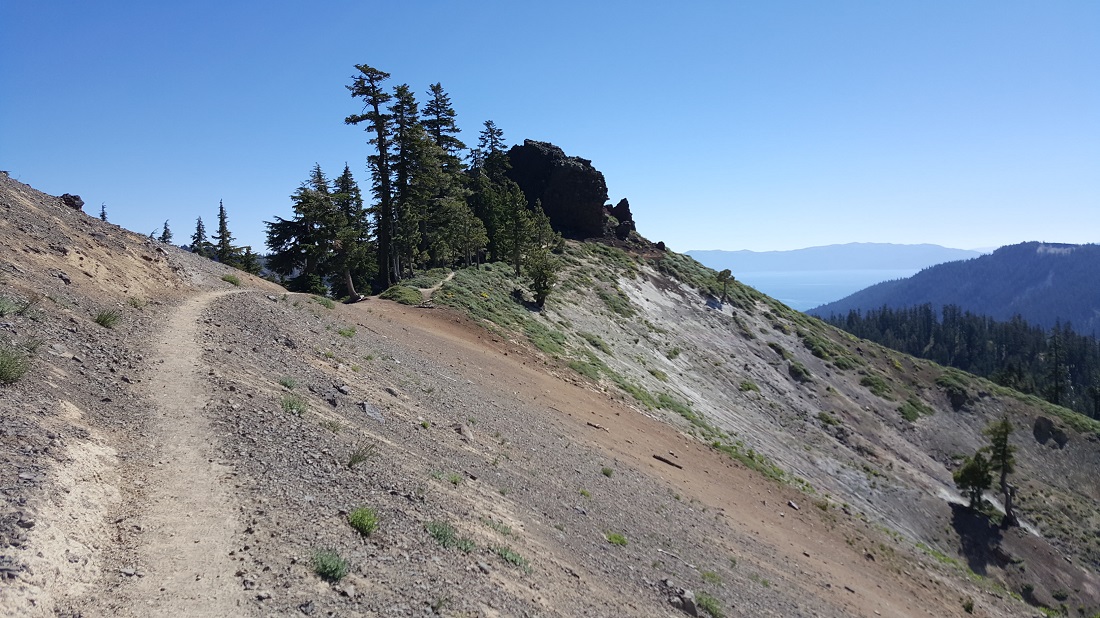 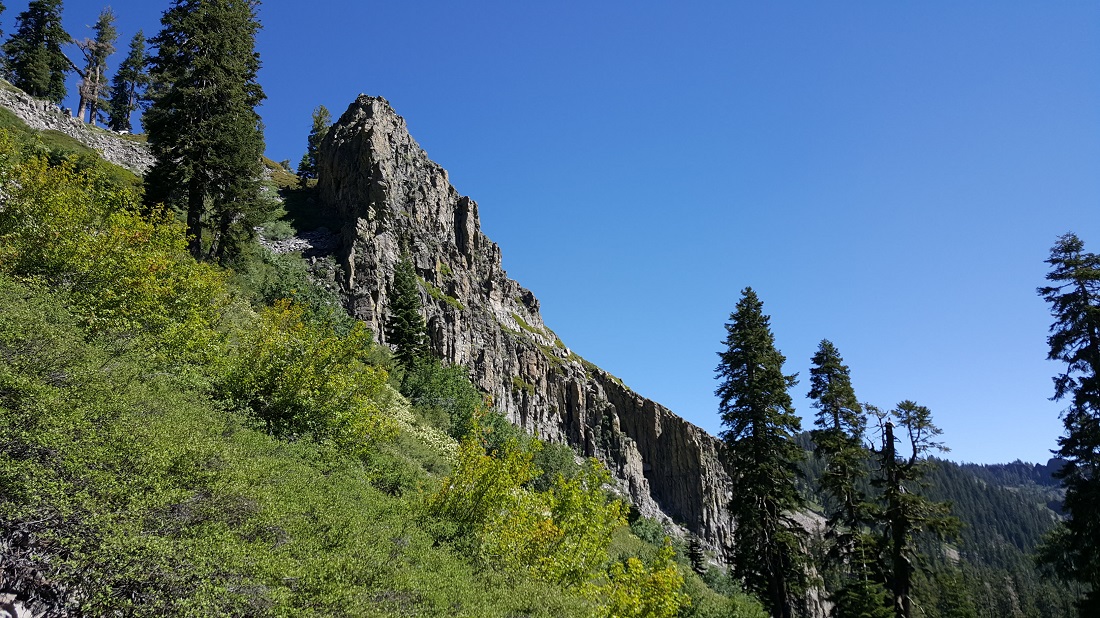 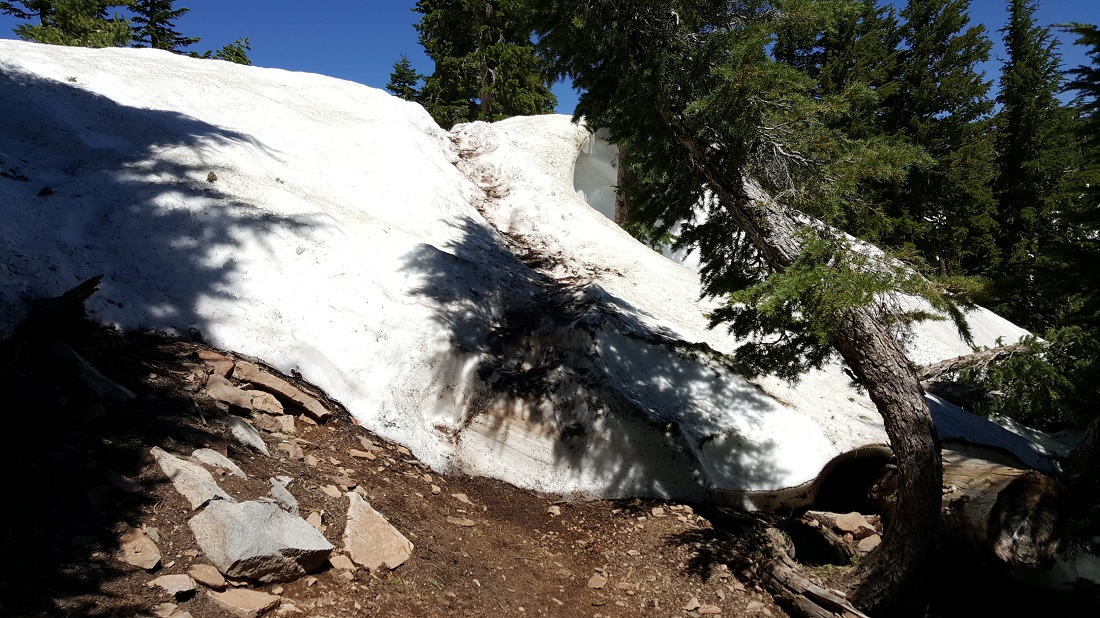 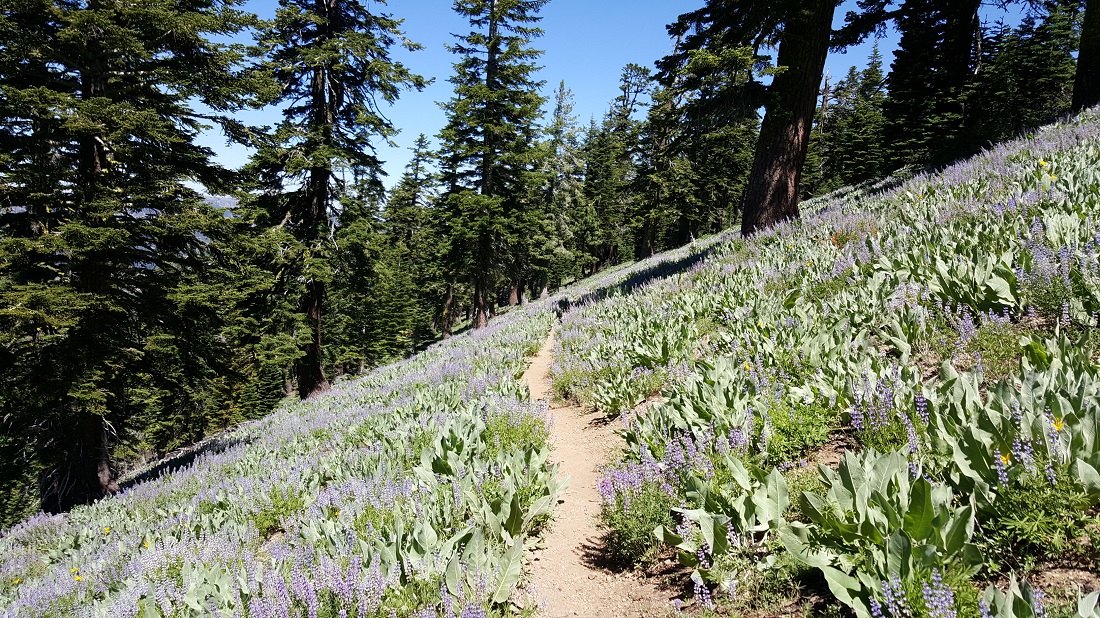 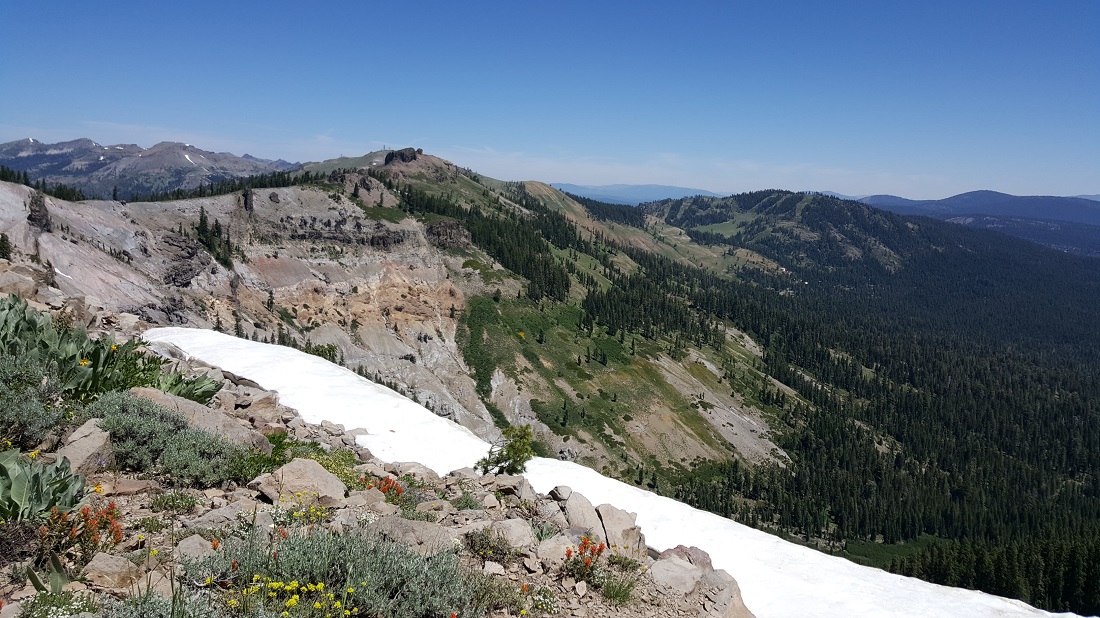 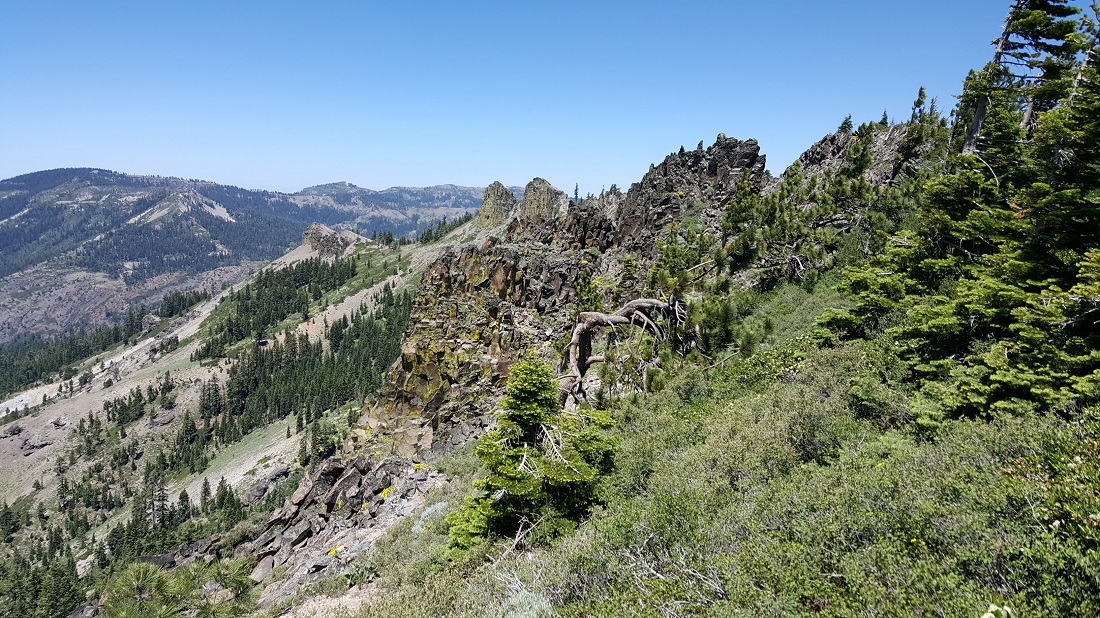 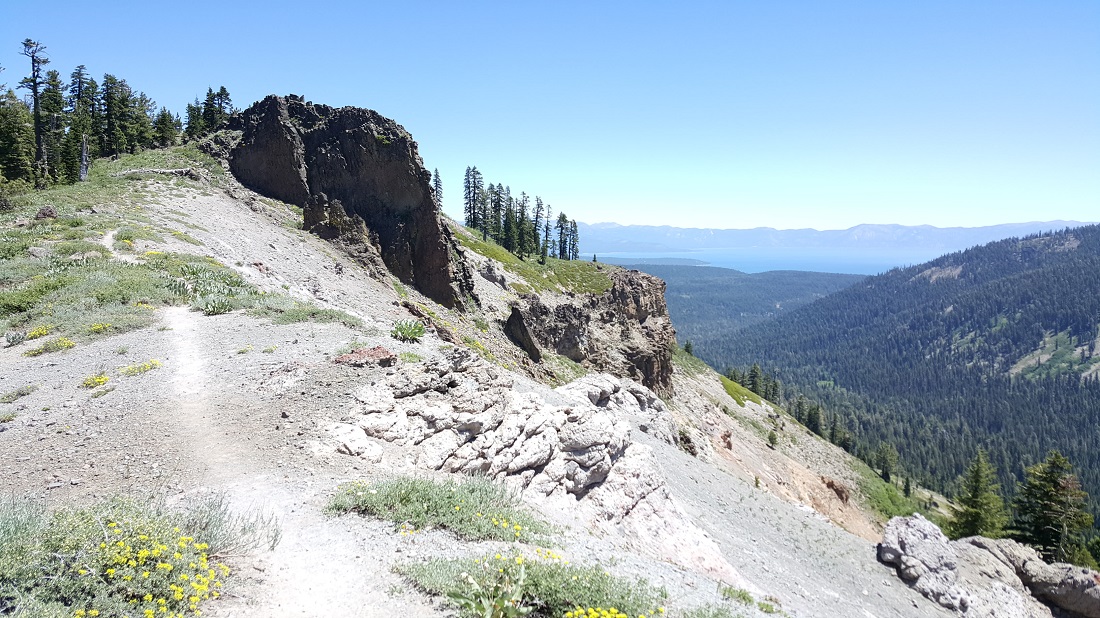 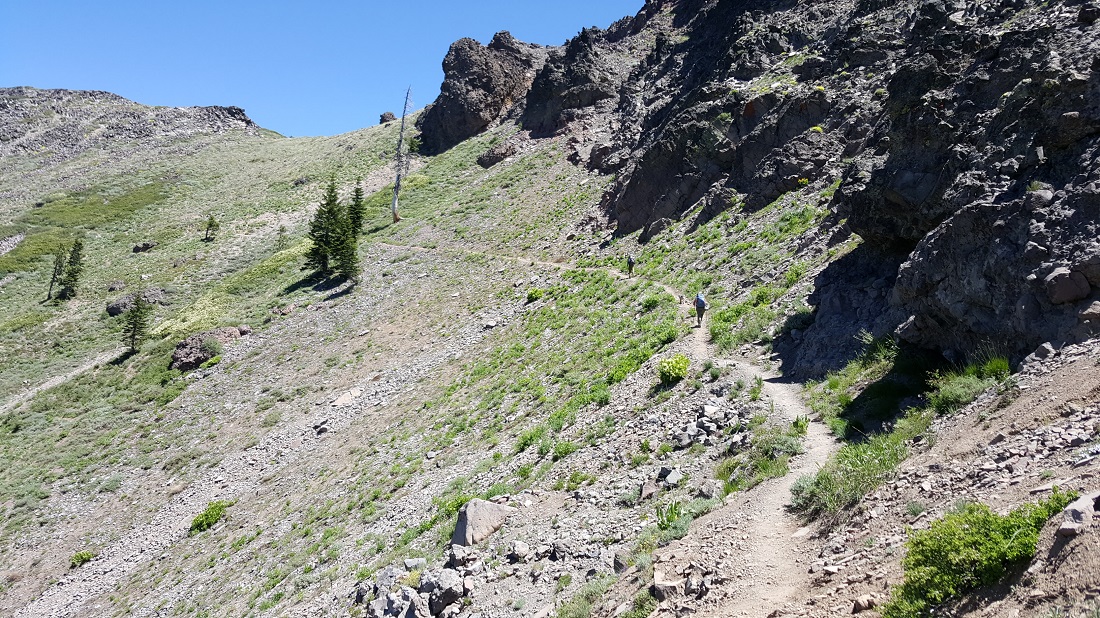 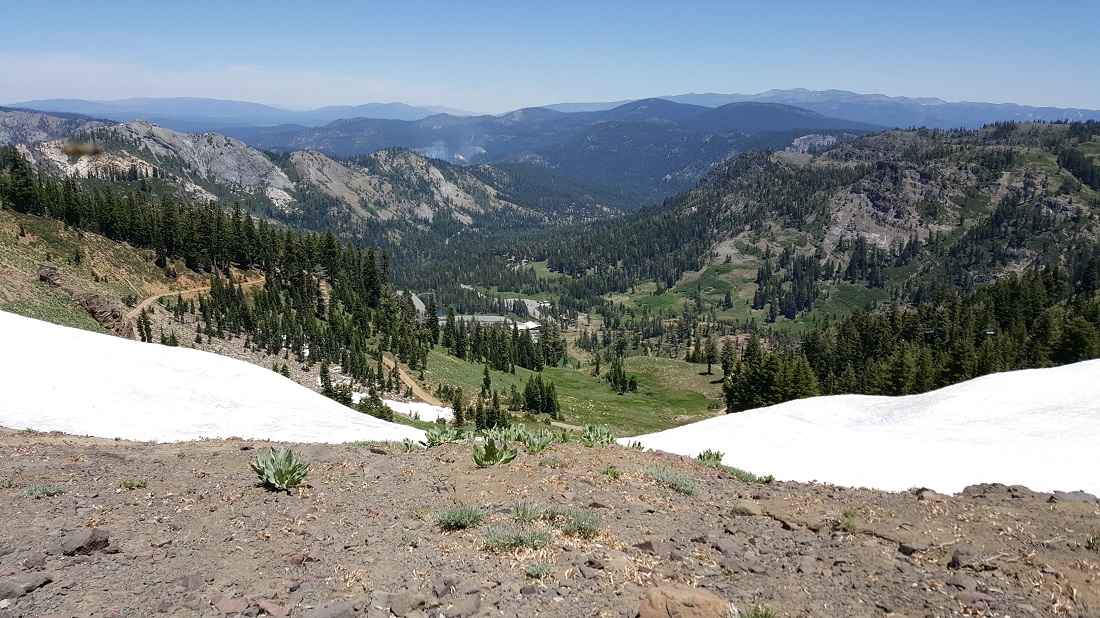 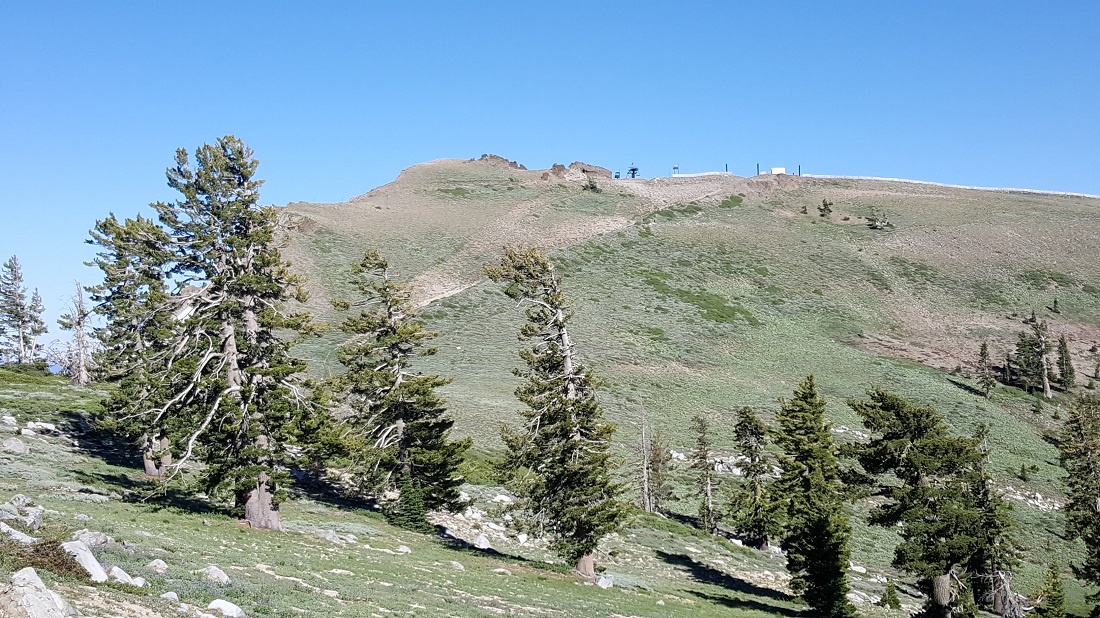 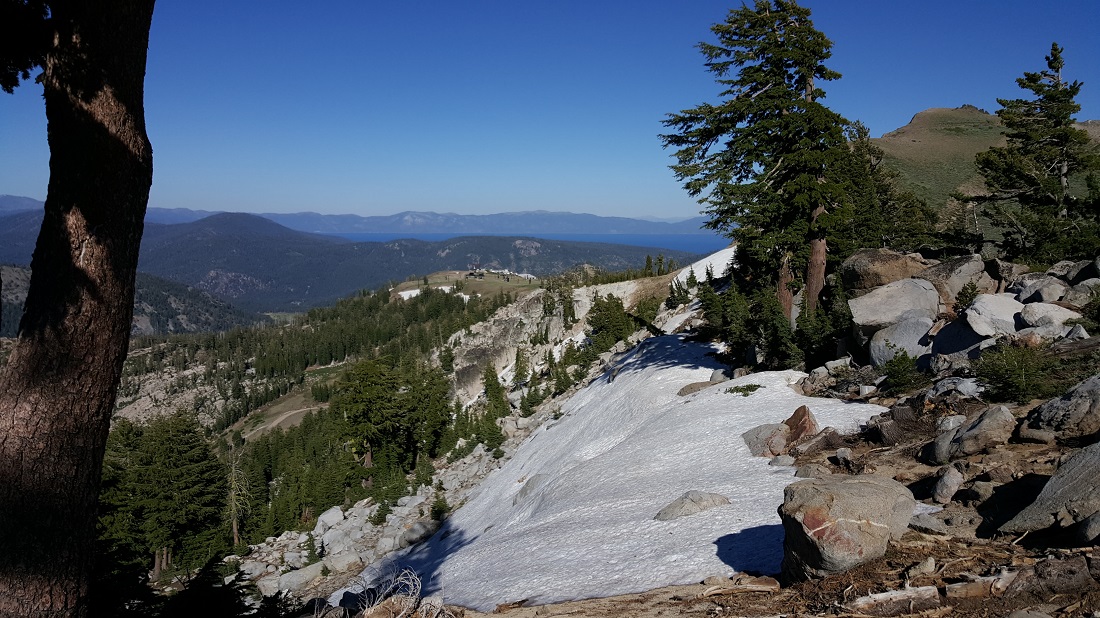 Ran into Amoebe again at the end of the day and he implied he wouldn’t be against the idea of camping near another hiker for the night. He was understandably still rattled from the close mammal experience the night before. We were grateful to be free of mosquitoes this night, despite having a water source within 40 meters. We swapped dinners, as he had grown tired of his Backcountry pasta. I went to sleep dreaming about town food on the morrow.