This was the first day of ‘meh’. Up til now, there have been amazing views everyday. This was just a long hot day in the high desert. 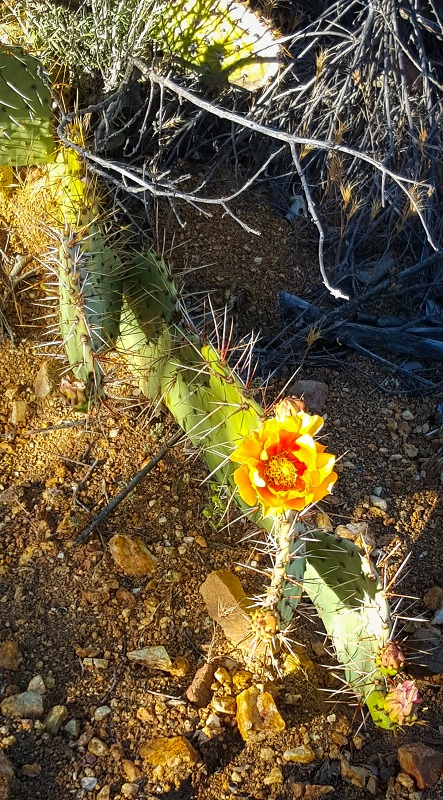 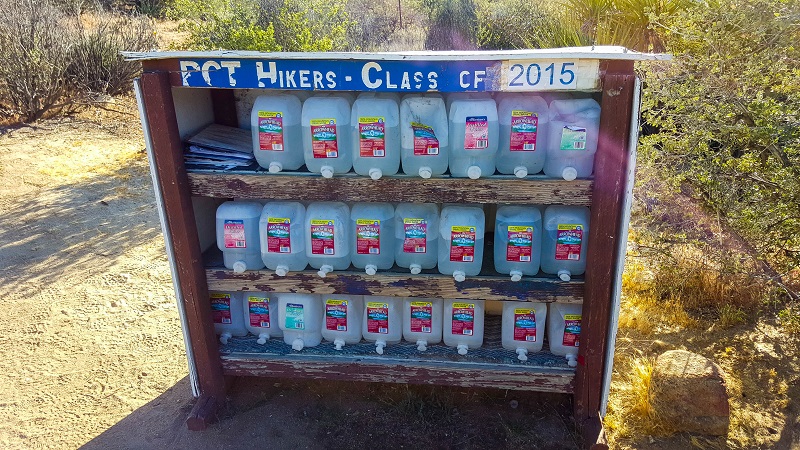 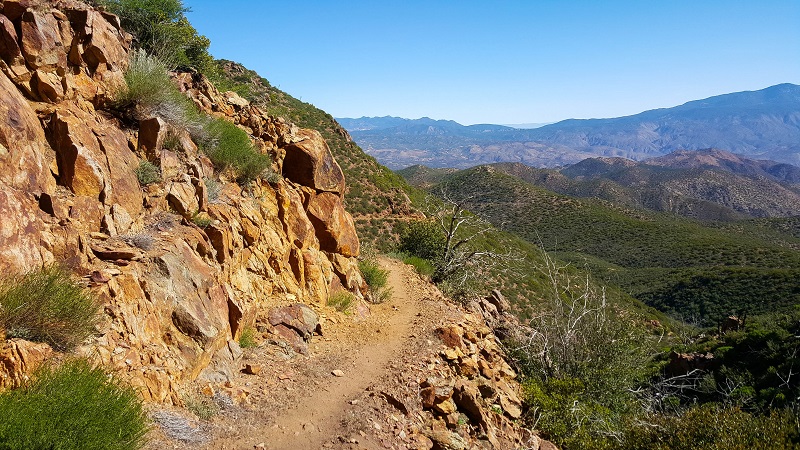 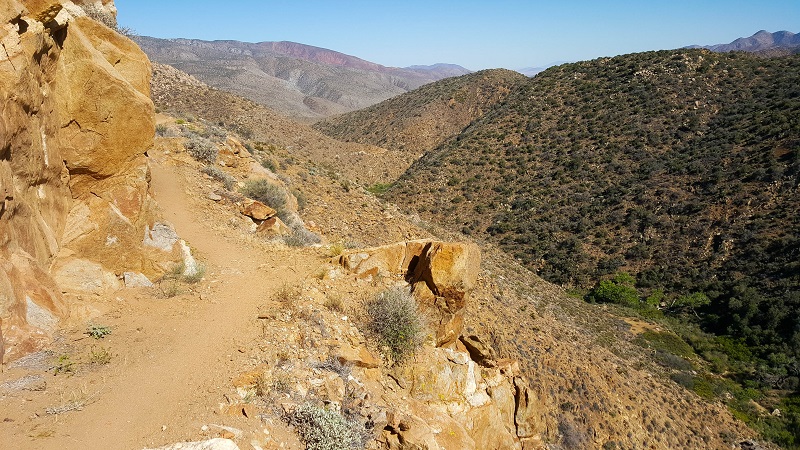 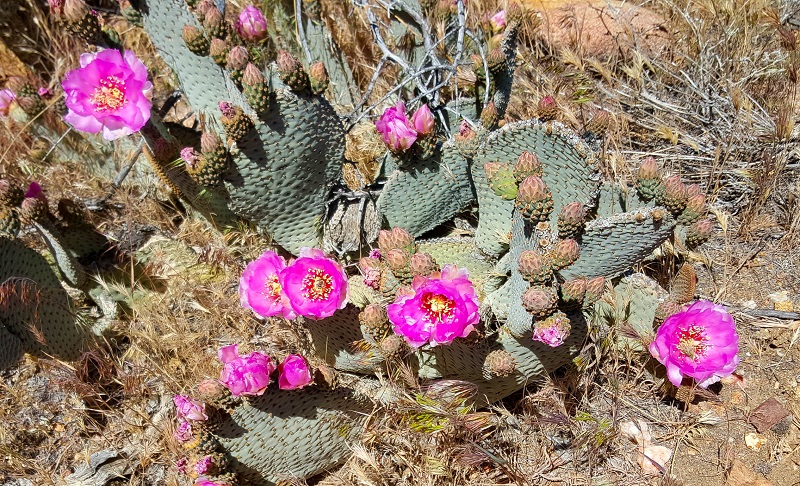 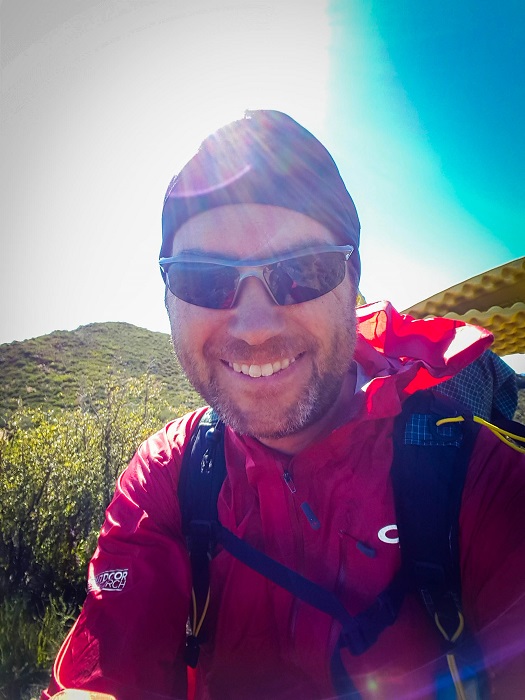 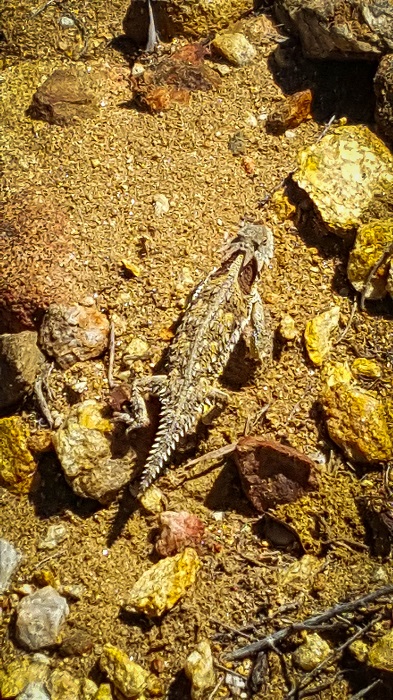 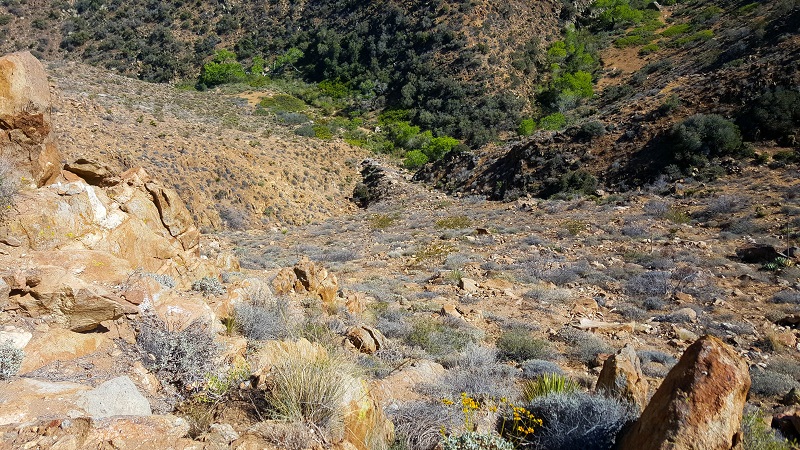 One funny anecdote. Nearly everyone needed to visit Tule Creek, which involved a half-mile hike off the trail, down a steepish jeep road. When I reached it, there were already 10 hikers taking a siesta in the shade, including Darko, Taters and Six-2. Given that there wasn’t a lot of shade, I just decided to push on in the peak of the heat, with my ChromeDome Mean Umbrella Machine in swing. When Six-2 saw me preparing to head back out into the breach, he said with exasperation, “You’re not leaving now, are you?! In this heat?!” He later told me that goaded him into leaving soon after, hehe, and that he saw me up above on switchbacks approaching the ridge and did his best to give chase.

Six-2 and I cowboy camped on a hill with a nice view, near FM and a Scottish-Oregonian hiker named Toast. He was set up next to a large rock with several sizeable holes beneath it. We enjoyed watching him repeatedly throw things in there, trying to ascertain whether the recesses were homes to any critters. He was certain a snake was going to spring out. He gave us several memorable quotations over the coming weeks. One of my favorites was, “I’ve named my backpack Cheryl, so Cheryl can go farther than Cheryl did.” Hehe. 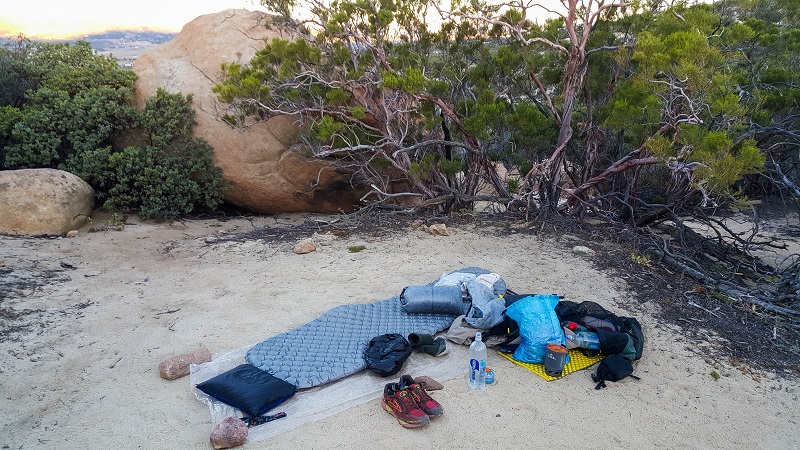