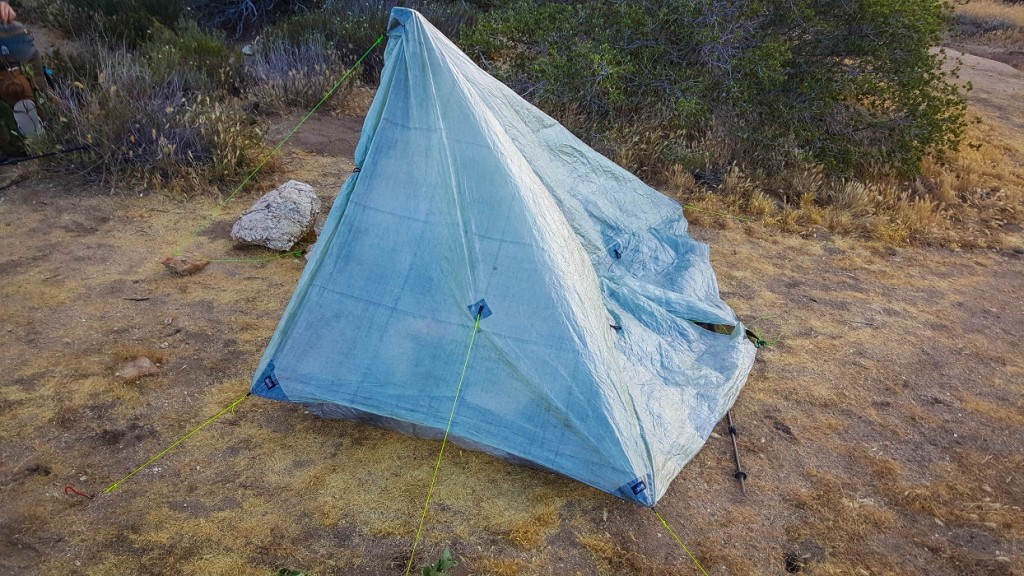 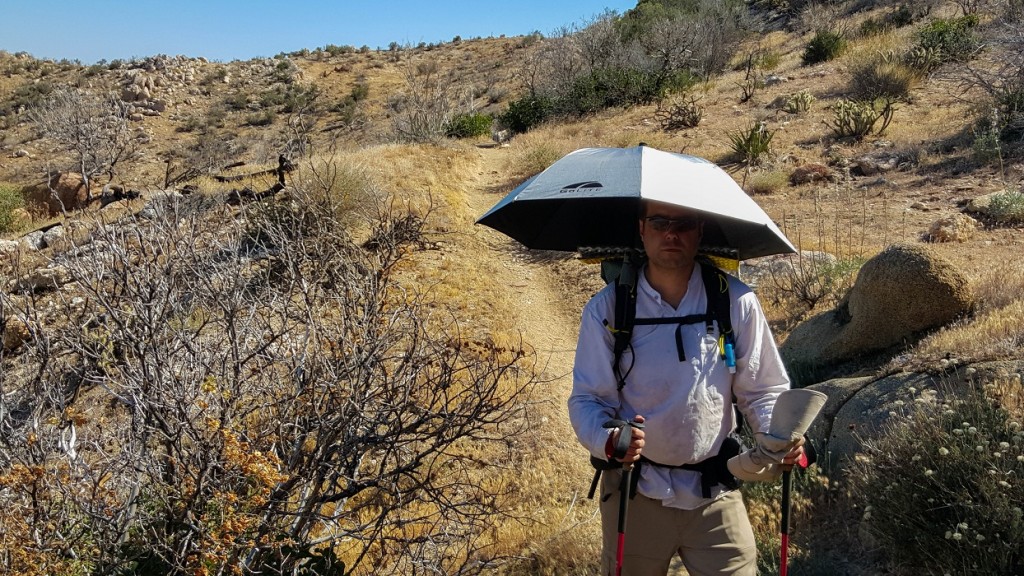 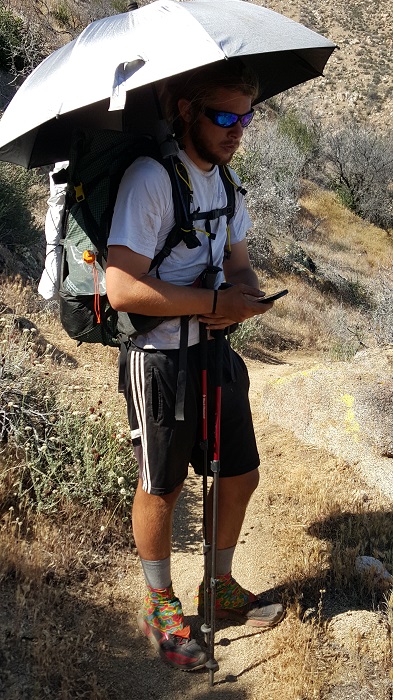 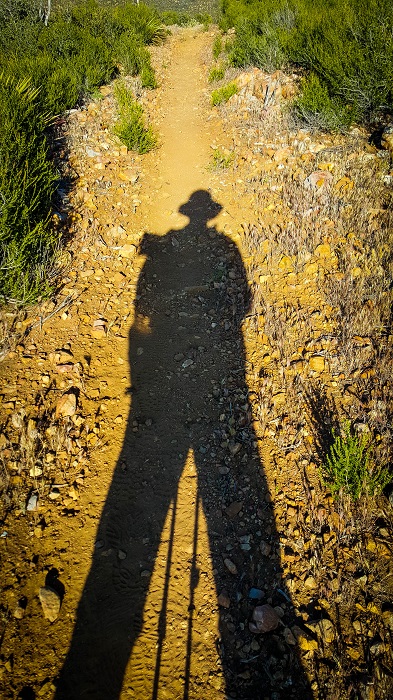 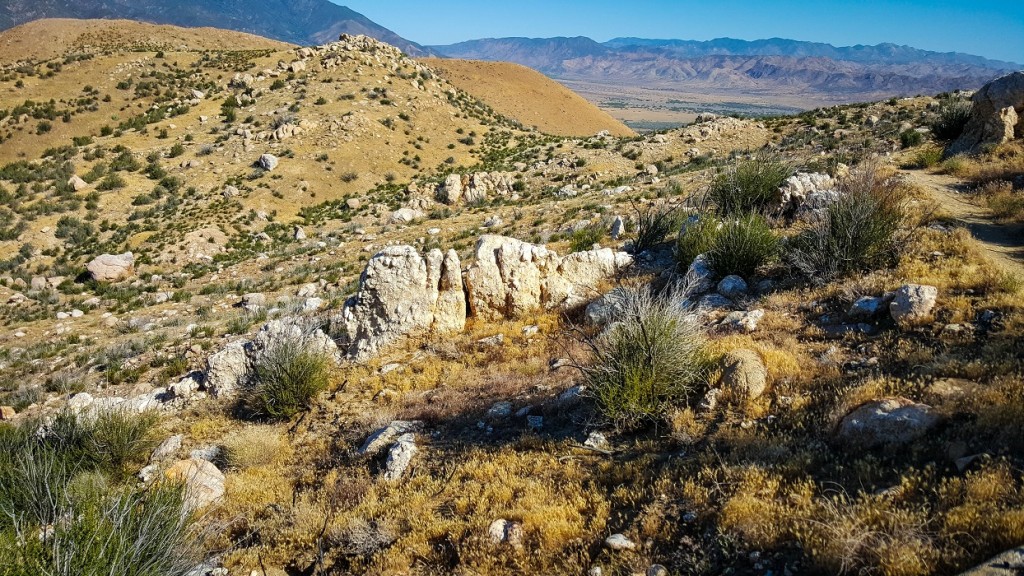 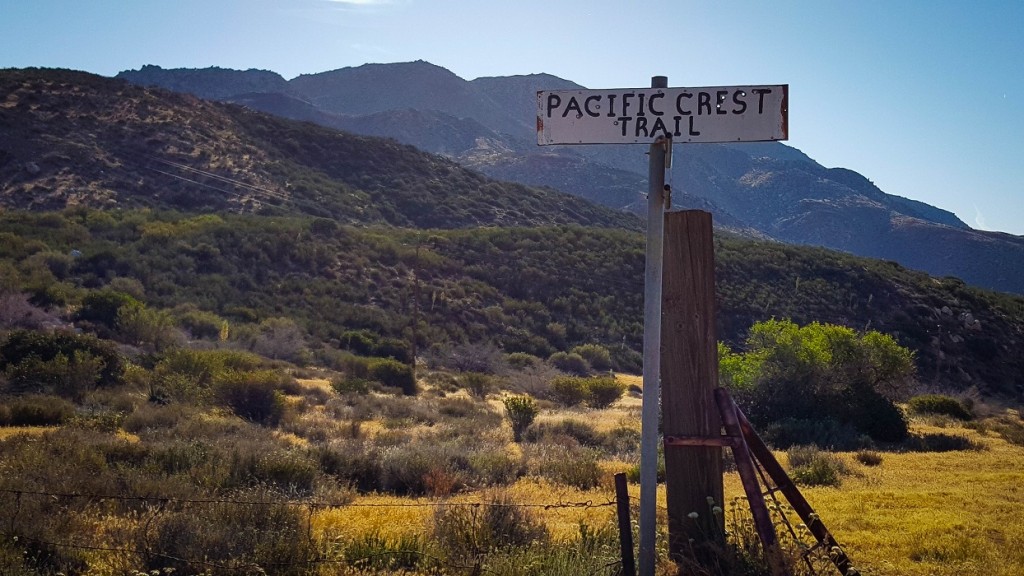 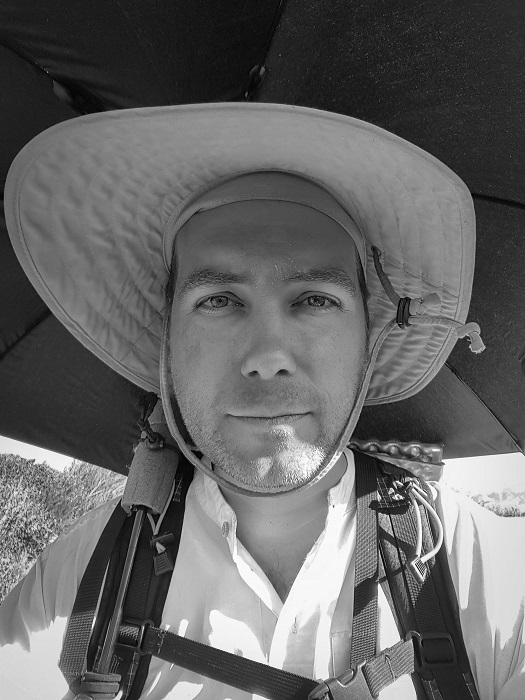 There were a dozen or so hikers at the Rodriguez fire watertank, and most had packed up and moved on before 7am. It was known that the next 30 miles were waterless, although the water caches at Scissors Crossing are often stocked and hikers can hitch into Julian if not. We didn’t push fast out of camp, as we knew we’d be stepping off trail at Scissors Crossing, which meant our first near-zero (nero) day of only 9 miles. It was a long, long 9 miles. The heat was oppressive in the high 80s, and our injuries really slowed us down. It was mostly a single-track narrow path that descended the ridgeline down to the desert basin, thousands of feet below. We both used our ChromeDome umbrellas for most of the day to great success.

We passed two southbound section hikers, one who was headed to Kickoff and the other who was giving chase in a sporty manner. Kinda bizarre to encounter these two people on a relatively narrow ledge, high above the barren landscape.

The trail finally dropped us down to the flat sandy badlands around mile 74, and we had a final 3 mile hike to the S2 highway, known as Scissors Crossing. We took refuge from the heat beneath a highway bridge, before our extraction. Mike had been dreaming of McDonald’s fries, and his wish was fulfilled about an hour later. 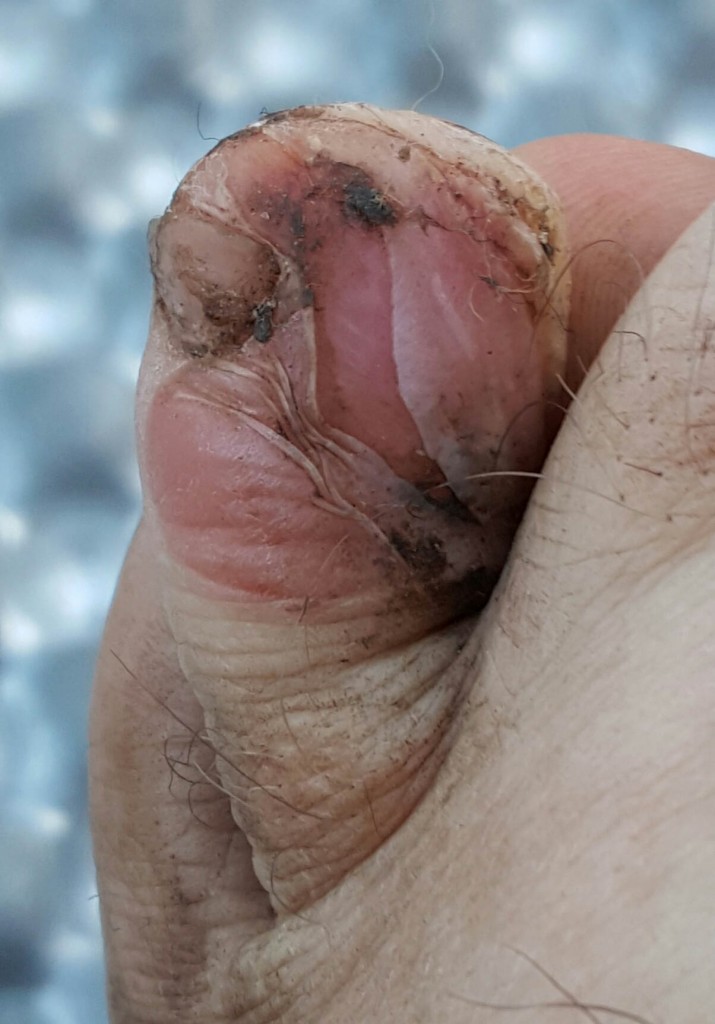 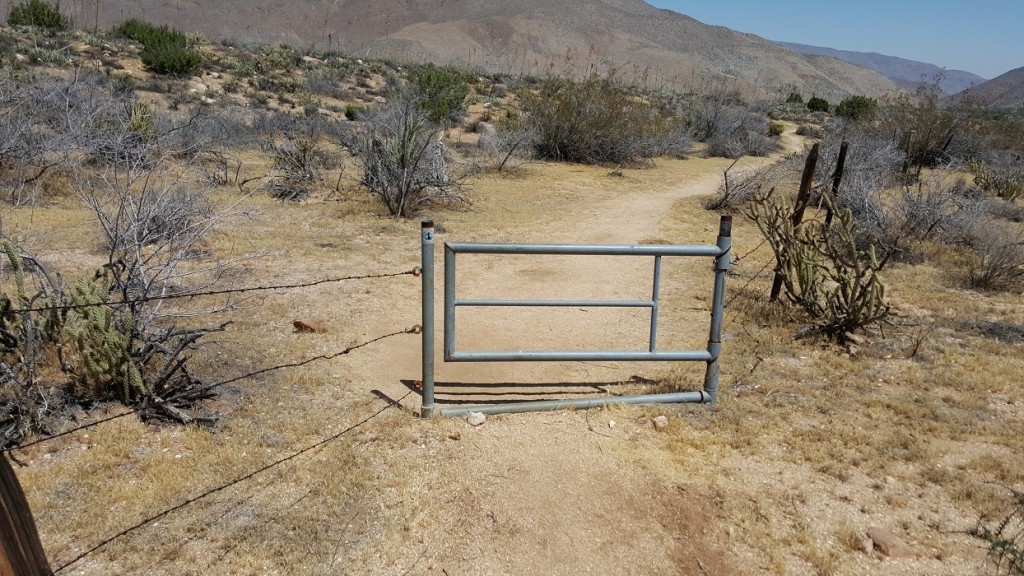 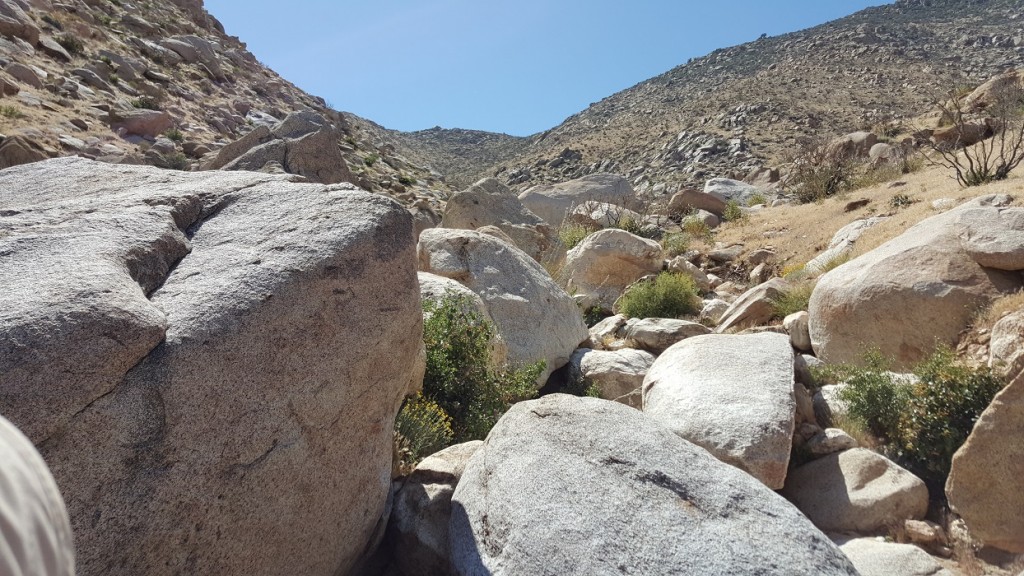 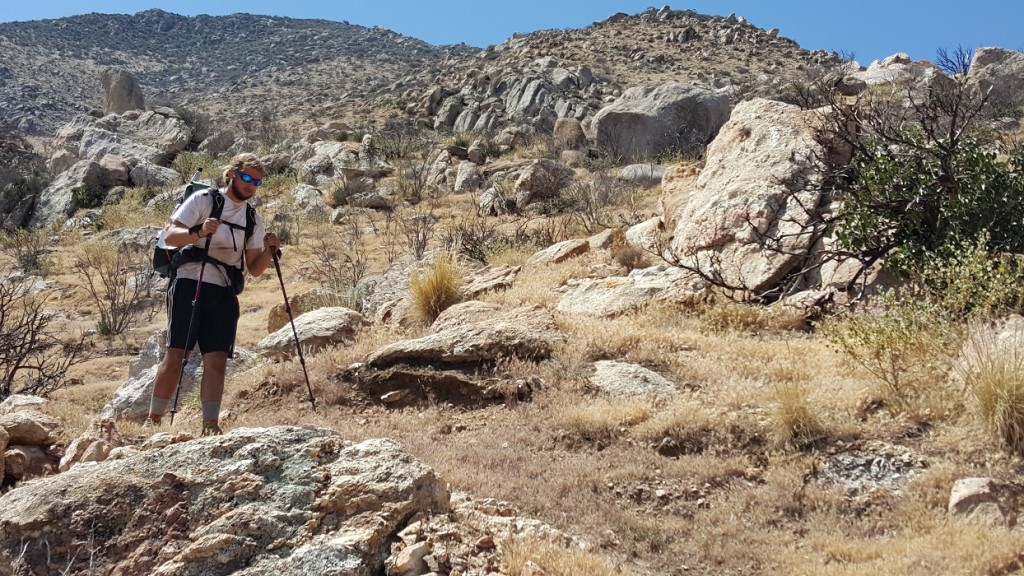 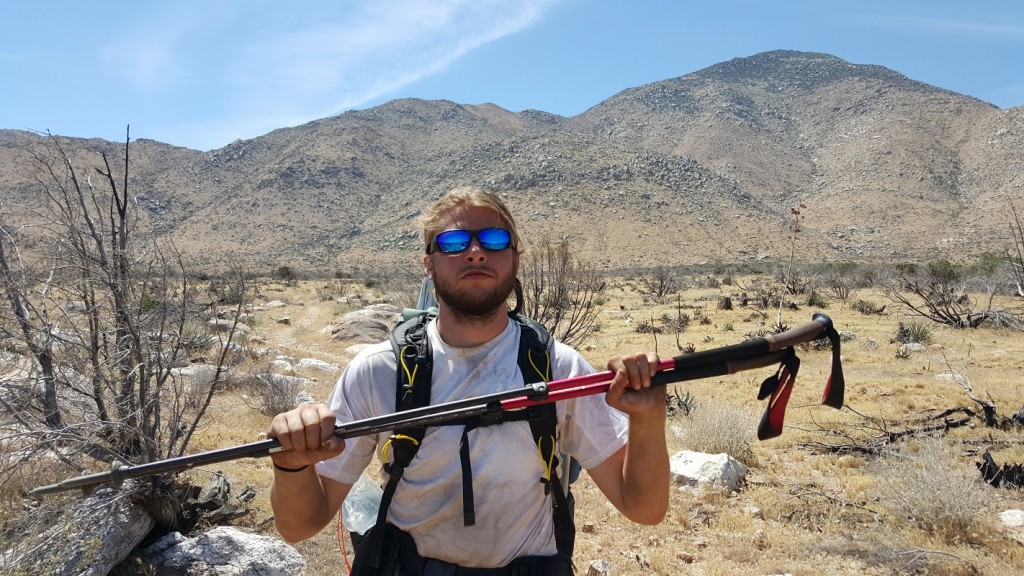 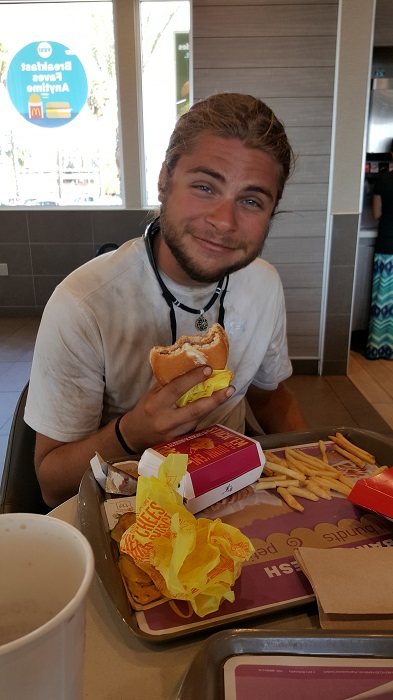 7 thoughts on “Day 5: An Insufferable Slogfest to Scissors Crossing”